Have a look at Alexandria National Museum - Egypt Today 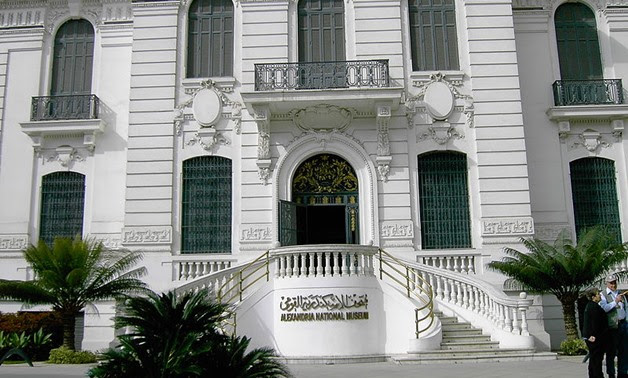 Have a look at Alexandria National Museum

CAIRO – 13 December 2017: There is one more reason to visit Alexandria other than its sea and fascinating weather in both the summer and winter: Alexandria National Museum (ANM).

ANM is one of Egypt's finest museums, inaugurated on December 31, 2003 to be the latest museum to join many others present in the coastal city.

It is located in a restored old Al-Saad Bassili Pasha Palace, and has around 1,800 artifacts that narrate the history of Alexandria throughout the ages, including the Pharaonic, Roman, Coptic and Islamic eras. The museum also contains some more modern pieces including 19th century glassware, silverware, chinaware and precious jewels.

ANM displays mummies shown in a special underground chamber in the basement. Also, some of the items found during the archaeological underwater excavations in Alexandria are now on the same floor as the Greco-Roman artifacts.

It is divided into three levels. The basement houses the Pharaonic artifacts, the ground level displays the Greco-Roman treasures and the first floor contains relics from Egypt's Coptic Christian and Islamic heritage, as well as some valuables left behind by King Farouk's family.

The museum is valuable because it was initially used to store antiquities, which eventually led the Ministry of Culture to transform it into a museum; giving visitors a clear message about the various transformations that the Egyptian civilization underwent. The museum narrates the history of Alexandria and its people through the antiquities it holds.

One of monuments at Alexandria National Museum, Sept.4, 2006. – Wikikmedia/Papillus