part of the gate during transportaton

The ancient gate of King Amenemhat I is being transported to the Grand Egyptian Museum (GEM) from its original location to join other artefacts in preparation for the new museum's scheduled opening next year.

Tarek Tawfik, supervisor-general of the GEM, told Al-Ahram Online Wednesday that the gate would be put on display at the museum's grand staircase along with the colossus of King Ramses II and other gigantic monuments. 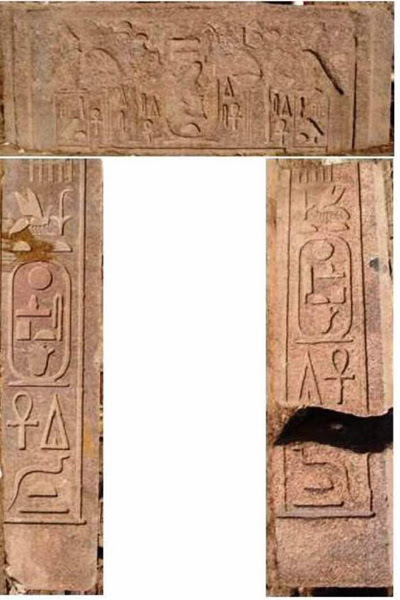 
Mostafa Waziri, secretary-general of the Supreme Council of Antiquities, explained that the gate was carved from red granite and engraved with hieroglyphic inscriptions, among them the official cartouche of King Amenemhat I and his different titles. The gate was uncovered by an Austrian mission in the Ezbet Helmi area of Tel Al-Dabaa in Egypt's Nile Delta. It weighs six tonnes and is supported by a vertical stone lintel which is inscribed with hieroglyphic text. King Amenemhat I reigned from 1991 – 1962 BC and was the first ruler of ancient Egypt's Twelfth Dynasty, which is considered by scholars to be the golden age of the Middle Kingdom. 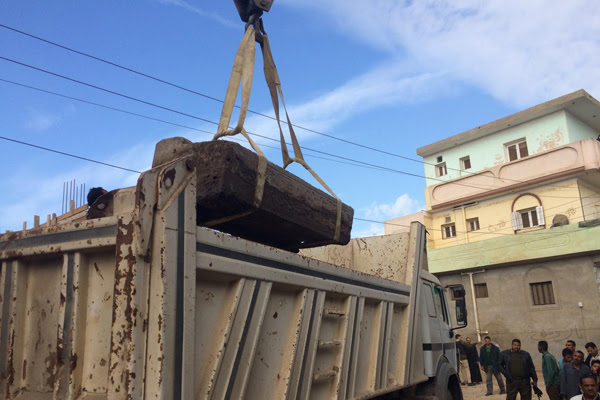