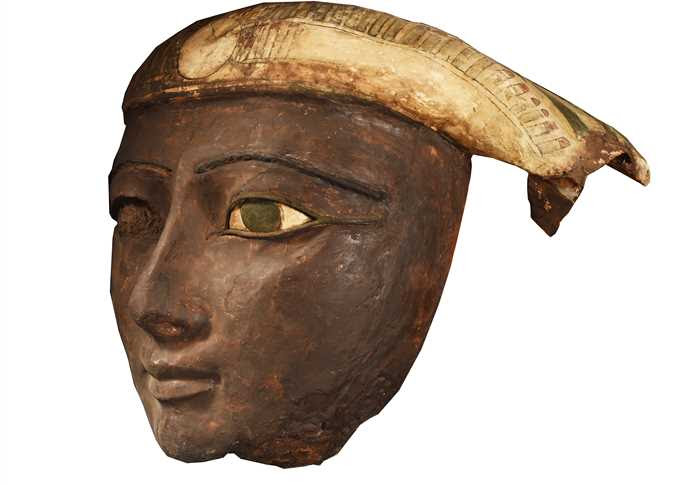 The Egyptian Museum began showcasing a new display on Thursday evening of three artifacts,  available for the public to see for the first time, as part of celebrations of the 115th anniversary of the Egyptian Museum.

The first piece is a colored face of a coffin made of cartonnage wood, found in Minya and dates back to the Late Period of ancient Egypt.

The second is a mask bearing the face of a man, made out of stucco ornamented with gold. The mask bears the name of the man's two wives on one side, and the name of another woman called Nefro on the other side, Sabah Abdel Razek, Director General of the Egyptian Museum, said in a statement on Friday.

The mask dates back to the Second Intermediate Period (1800-1550 BC) and was found the region of Assasif in Luxor.

The third piece was recovered from Belgium in 2016. It is a statue of a man and a woman made of steatite, dating back to the Middle Kingdom, she added.