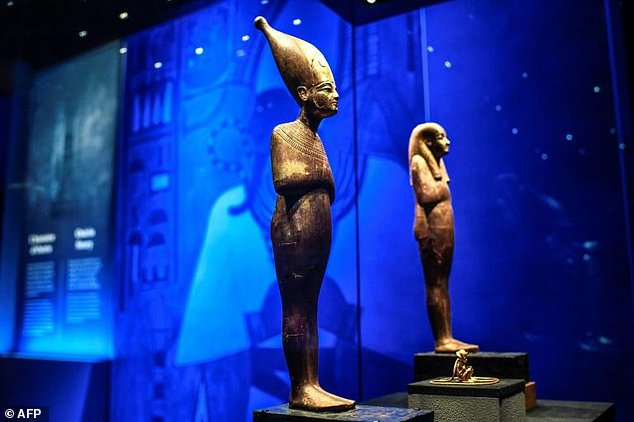 More than 150 artefacts will feature in the 'Tutankhamun, Treasures of the Golden Pharaoh' exhibition in Paris

At least one million people are expected to flock to a "once in a generation" exhibition about the Egyptian pharaoh Tutankhamun which opens in Paris this weekend.

More than 150 treasures from the boy king's tomb -- including 60 which have never left Egypt before -- have been assembled for the blockbuster show.

The Egyptian Ministry for Antiquities said this is the largest number of Tutankhamun artefacts ever to have left Cairo, and may never happen again.

Almost all come from the Egyptian Museum in Cairo's Tahrir Square, and are never likely to leave the country again. 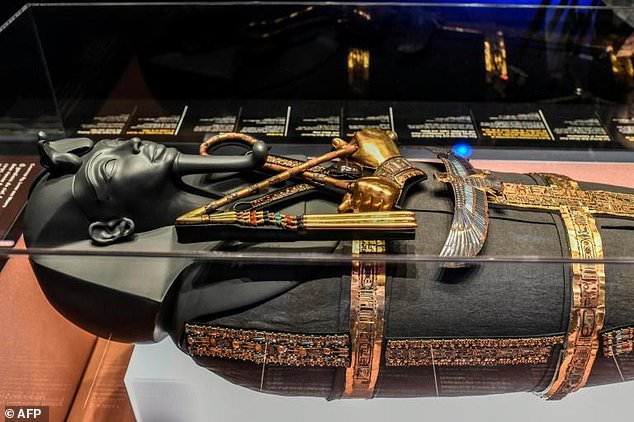 A sarcophagus of the Pharaoh Tutankhamun is one of the items on display at the 'Tutankhamun, Treasures of the Golden Pharaoh' exhibition

The Louvre in Paris has also loaned one of its top Tutankhamun pieces to the show, a statue of Amon, the king of the gods, protecting the pharaoh.

Mostafa Waziry, the Egyptian ministry's secretary general, said the touring show -- which will open in London in November before moving on to Sydney -- will help pay for the new Giza museum.

But the global tour -- which will take in six other as yet undisclosed cities -- also marks "the 100th anniversary of the discovery of the tomb of the boy king" by the British archaeologist Howard Carter in 1922.

"Please see them," Waziry declared. "Visit them before they return to Egypt for ever."

The Paris show at the giant la Villette arts complex opens by summoning up the Valley of the Kings near Luxor where the necropolis was found, using huge video screens and tonnes of sand. 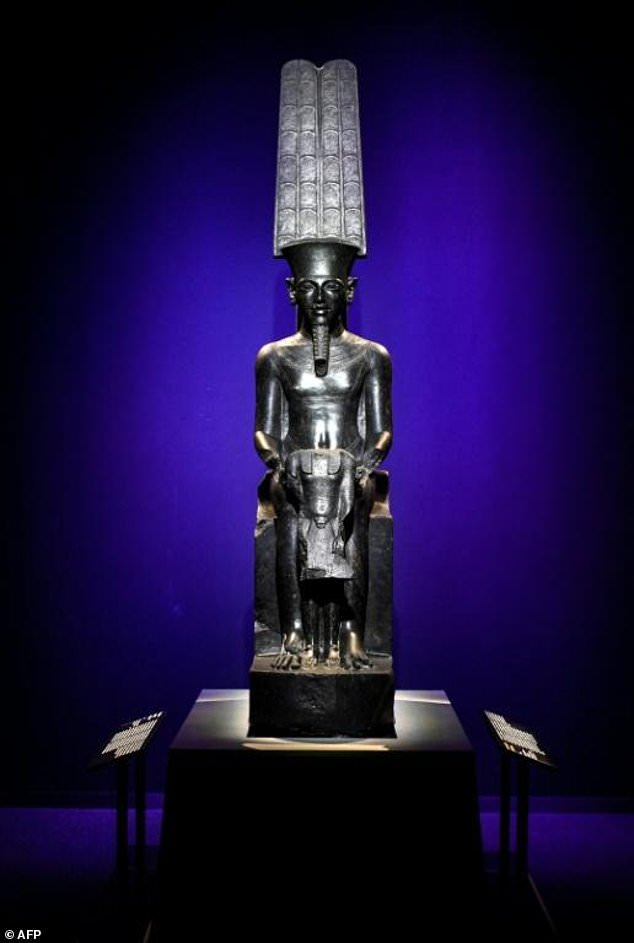 Giant doors then open into the vast dimly-lit interior where the treasures are displayed, the most dazzling being one of the life-sized gilded black guardian statues that stood on either side of the king's burial chamber.

As well as the grand funerary objects, there are also the gloves, sandals, canes and hunting bows that the pharaoh was to use in the afterlife.

Video displays show the excavations and explain the massive influence "King Tut" has had on art, fashion and popular culture, right to down to pop star Beyonce's Egypt-influenced concerts.

Organisers said they were expecting around 1.2 million people to pass through the doors in the next six months.

Previous exhibitions about the boy pharaoh have been record-breaking blockbusters, setting off "Tut-mania" around the globe.

More than eight million people attended a 1973 show, "The Treasures of Tutankhamun", at the Metropolitan Museum of Art in New York. 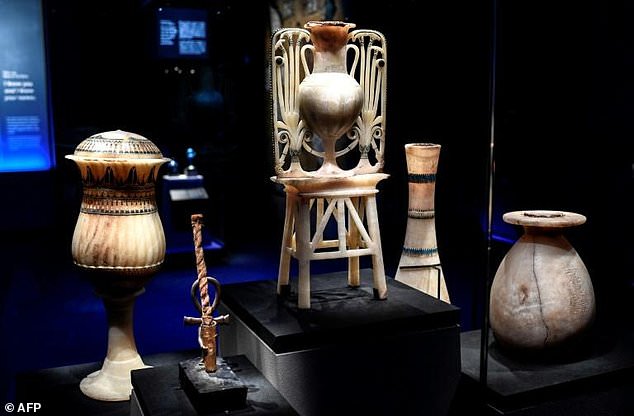 The exhibition 'Tutankhamun, Treasures of the Golden Pharaoh' will run until September 15 in Paris

Another 1.2 million people queued to see a smaller exhibition six years earlier at the Petit Palais in Paris in what was called "the show of the century".

But unlike those shows, the new exhibition will be without Tutankhamun's golden death mask.

An Egyptian now bans the mask, made from just over 10 kilos (22 pounds) of gold, from leaving the country.

Tarek El Awady, the director of the new Grand Egyptian Museum, who is also curating the Paris show, said the ancients loved gold "because it doesn't change", nor would it lose its lustre in the eternal afterlife.

"If they had thought they would be buried for ever the objects wouldn't have been so beautiful," he told AFP. 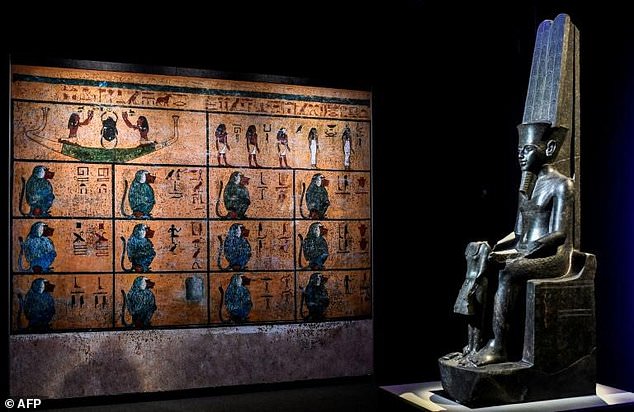 Tutankhamun's tomb is still "the only (Egyptian) tomb found intact," he added.

"It wasn't just a window for us, but an open door into this culture. For the first time we could touch something" for the country's glorious past.

Although organisers insisted that the contents of the show are priceless, they have been insured for more than $800 million (700 million euros).

The Paris show runs until September 15. A slightly different version of the exhibition was staged in Los Angeles last year.