Egypt is a popular choice as a location for gaming franchises like Assassin's Creed, Tomb Raider, and Sid Meier's Civilization. Players could choose to play as the ancient Egyptians since the first Civilization game was released in 1991. Now, the latest addition to the Civilization series includes ancient Nubia as a playable culture for the first time. Join us in looking at both cultures' use in the game Civilization VI this week. 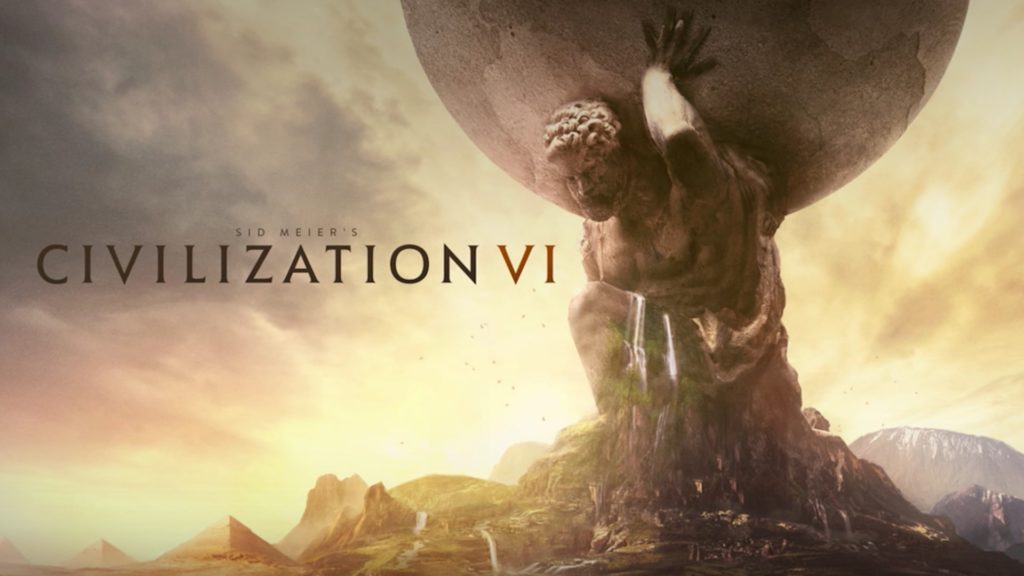 Civilization VI is a turn-based strategy game released in 2016, the latest in a series of such games that pit ancient and modern empires against each other on a shared map to compete for victory through Science, Culture, Domination, Religion, or Diplomacy. Civilization VI comes pre-loaded with twenty-three possible empires and their leaders allowing you to envision some unique historical combinations. For example, players can ally themselves with Alexander the Great of Macedon as Catherine de' Medici of France, or battle Teddy Roosevelt of America as Gilgamesh of Sumeria. Civilisations have unique features tailored to give them advantageous building, military, trade, or diplomatic bonuses. In addition, each civilisation has the ability to build unique units and tile improvements that relate to the culture's history and achievements.

Downloadable content (DLC) released in 2017 added The Nubia Civilization & Scenario Pack with Jebel Barkal as a world wonder, plus a scenario called 'Gifts of the Nile' in which the Egyptian and Nubian civilisations compete to build seven Temples of Amun in a timed game. Historically, this scenario is a plausible one: the Ptolemaic (305 – 30 BC) and Meroitic (300 BC – 350 AD) kings were roughly contemporaneous, and both worshiped Amun-Re as their state deity, which makes the in-game scenario that much more fun.

Player Beware: Civilization VI is a long, dense, and complicated game! If you are new to Civilization games, we don't recommend jumping into the Nubia Scenario without becoming well acquainted with the game's complex mechanics.

The Egyptian Empire is led by Cleopatra VII Philopator, the fated final leader of the Ptolemaic Dynasty, whose defeat at the Battle of Actium in 31 BC ushered in the Roman Period of Egyptian history. As a charming nod to accuracy, the game developers wrote and recorded all of Cleopatra's dialogue in true Middle Egyptian (although she probably would have spoken a later phase of the Egyptian language along with her native Greek).

Cleopatra's capital was located in Alexandria on Egypt's Mediterranean coast and refers to the Ptolemaic Dynasty's founder Alexander the Great (also playable in Civilization VI). Her in-game civilisation bonus, 'Mediterranean's Bride,' alludes to Alexandria's role as a coastal trade-hub for the Mediterranean during the Ptolemaic Period. Her other in-game bonus, 'Iteru,' means "river" in ancient Egyptian and gives a bonus for wonders built next to a river.

Egypt can build a unique military unit, the Maryannu Chariot Archer, as well as a unique tile improvement, the Sphinx. The Great Sphinx was already an ancient monument on the Memphite Necropolis by the time Cleopatra became queen in 51 BC, conflating over two thousand years of Egyptian history. A better choice would have been the Great Library of Alexandria which was probably begun during the reign of Ptolemy II Philadelphus, only generations earlier. The Maryannu (originally a non-Egyptian term) were a Near Eastern elite class of archer-charioteers who appear in Egyptian sources not only fighting for the Egyptian army but also as contingents fighting for their enemies, as at the famous Battle of Qadesh during the reign of Ramesses II.

The Nubian Empire is led by Amanitore, a Kandake who ruled modern-day Sudan around the start of the first millennium AD. Amanitore's capital was located at Meroë, a city newly founded by the Kushites at the beginning of the third century BC. Her civilisation's bonus, 'Kandake of Meroë,' gives a production boost to cities with pyramids adjacent to them – a clear reference to Meroë's nearby pyramid fields at Begarawiya. Her other in-game bonus, 'Ta-Seti,' was one of ancient Egypt's oldest names for the regions of modern-day Sudan and literally means "Land of the Bow."

Nubia can build a unique military unit, the Pítati Archer (from the Egyptian word pdty meaning "archer"), as well as a unique tile improvement, the Nubian Pyramid. Contingents of Nubian archers had been an important element of the Egyptian army for thousands of years by the time Amanitore ruled at Meroë. Their prestige and skill continued even after the Meroitic Period according to their wood or stone thumb rings. The Nubian Pyramid, unlike Cleopatra's Sphinx, is the perfect choice for Amanitore's monument: her small sandstone pyramid and reconstructed chapel (Beg. N1) can still be visited today in the North Cemetery at Begarawiya near Meroë.

'Nubia' is a popular umbrella term for the ancient African cultures that originated in modern-day Sudan but, historically, the toponym is a more recent one. Amanitore probably called her homeland 'Kush' instead, a name that can be found in Egyptian New Kingdom sources and remained in use into the Twenty-Fifth Dynasty (c. 722 – 655 BC) and throughout the Napatan Period (c. 655 – 275 BC). It would have been more accurate to make her the ruler of the Kushite Empire (or even the Meroitic Empire), but the naming faux pas doesn't affect gameplay.

Nevertheless, Cleopatra and Amanitore are among only a handful of female rulers to choose from in Civilization VI, proudly representing two ancient cultures in which women could achieve extraordinary power and prestige. Many Egyptophiles will no doubt be disappointed, yet unsurprised, that Cleopatra was chosen from among Egypt's great rulers to represent the civilisation, overlooking others such as Hatshepsut or Ramesses II. Regardless, players can still build the famous Egyptian monuments from periods before the Ptolemaic Dynasty such as the Pyramids and the Sphinx, and some of the best moments of the game are the animations of constructing the world wonders (called Wonder Movies).

If you already play Civilization VI, we highly recommend buying the Nubia Civilization expansion as well – the 'Gift of the Nile' scenario is worth playing on its own, and Amanitore's inclusion in the Civilization franchise among rulers of other ancient and modern superpowers is exciting. We expect that Civilization VI will introduce gamers to an important chapter of African history that its audiences may have been unaware of.