Exhibition, including Tutankhamun's treasures, to open in Paris this month

The touring exhibition, which began in LA The "Treasures of Pharaoh" exhibition, which includes Tutankhamun's treasures and artefacts from his tomb, will open in Paris on 21 March at the Grande Halle de la Villette.

However, this time there are 50 extra artefacts that had never left Egypt prior to the beginning of this tour.

The worldwide tour will last until 2022.

In 1967 almost 1.5 million visitors attended the exhibition in Paris, according to former antiquities minister Zahi Hawass.

According to the exhibition website, some 130,000 tickets have been sold so far. the cover of Le Figaro

The VIP inauguration of the exhibition will take place on 21 March and the public opening on 23 March.

Posters have gone up around Paris showing the face of the boy king and objects from the collection. 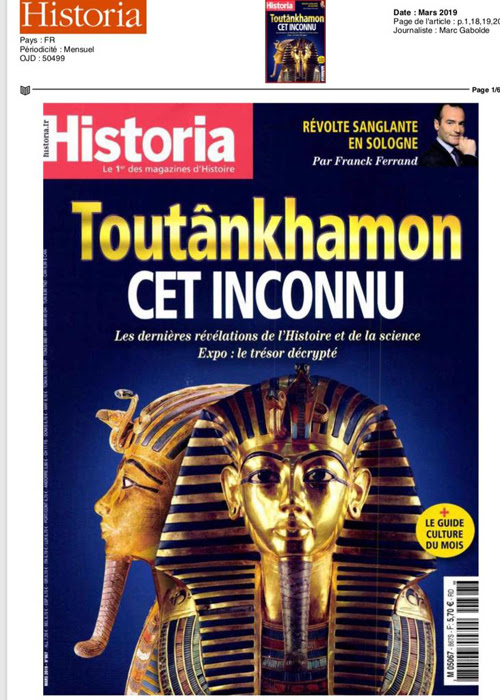