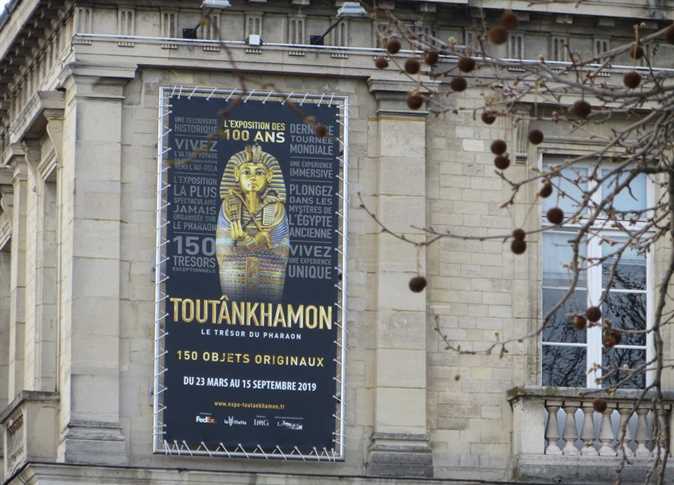 Over 130,000 tickets have been sold to the "Tutankhamun, Pharaoh's Treasures," exhibition which runs from Saturday, 23 March until 15 September, 2019 at at the Grande Halle de la Villette in Paris, the Grande Halle officially reported.

VIP inauguration of the exhibition will take place on 21 March. This temporary exhibition comes as part of a worldwide tour across 10 countries that will end in 2022, after which it will be permanently displayed in the Egyptian Grand Museum.

The exhibition returns to Paris 52 years after it was first inaugurated in Grande Halle La Viellete, Al-Masry Al-Youm previously reported.

The young king's exhibition is set to display an exceptional treasury compilation, including more than 150 gold coins, an assortment of his golden jewelry, sculptured objects and gold carvings such as coffins with lion feet.

According to the official Paris website of the convention and visitors bureau, "150 fascinating original objects found in 1922 in the tomb of the most famous pharaohs, the majority of which have never left Egypt before."

Amongst these include Tutankhamun's illustrious gold mask, as well as his golden plated wooden bed.

Posters everywhere in Paris streets are publicizing the long awaited event. The exhibition first launched in Los Angeles, according to Al-Ahram.

Paris's pre-orders come no surprise as the California Science Center reported that nearly 100,000 issued tickets were sold out before the official inauguration.

The center stated that though pharaohs who came after Tutankhamun have succeeded to removing him from history, it was British archaeologist and Egyptologist Howard Carter who brought attention back to him after discovering his tomb in 1922.

Khaled al-Anany, Egypt's Minister of Antiquities, is expected to visit the exhibition on Thursday, Al-Ahram reported.