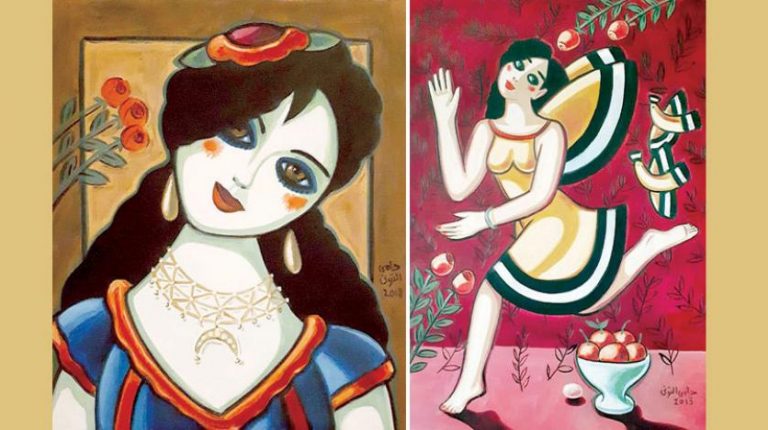 With paintings featuring peaceful eyes, direct gazes that penetrate into one's soul and capture hearts, and warm smiles from the mesmerizing portrayed ladies, people are welcomed into the latest Egyptian visual art exhibition of Helmi El-Touni. 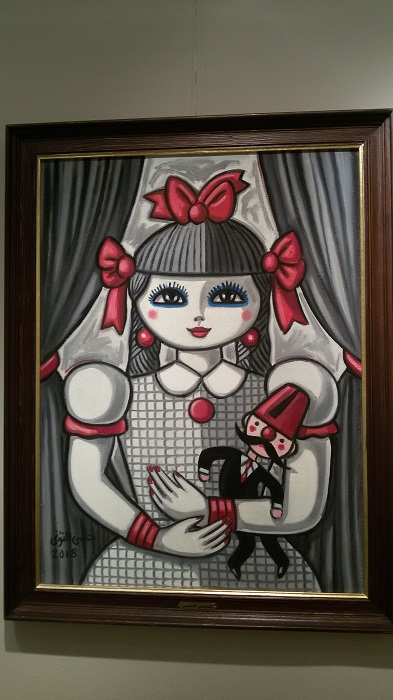 Inside Zamalek's Picasso Art Gallery, the veteran artist held his exhibition, Lel Nesaa' Wojooh, (Women have Faces) which reflects his four-decade journey in portraying women, with his several ideologies adopted throughout his life, presented in the displayed artwork.

El-Touni is one of the pioneers of the visual art schools that features only women. When he started his journey about forty years ago, he found himself only presenting women in his work. With a very limited number of men introduced in his oodles portraits, they are always portrayed in a mocked-off form.

"Ever since I started my journey in painting, I found myself attracted toward presenting women in my work. They are always aggrieved, treated as a minority when it comes to rights even if they technically half of the society," El-Touni told Daily News Egypt.

For a person who always stood for the rights of the minorities and those whose rights are always lost, he could not find himself featuring anything but the beauty of women in his work.

"Women fight for their basic rights in society, and as a folk artist, I find myself incapable of not supporting them by featuring their beauty," he commented.

El-Touni further explained that he presents his own aspect of featuring the motherland through portraying the simplicity of a rural-area female.

"Home is identified in the rights these simple women have in their lives, and through featuring them, I capture the life of Egypt in a simple, beautiful way," he pointed out.

In his exhibition, El-Touni chronicles his perspective of women throughout his lifetime's artwork. 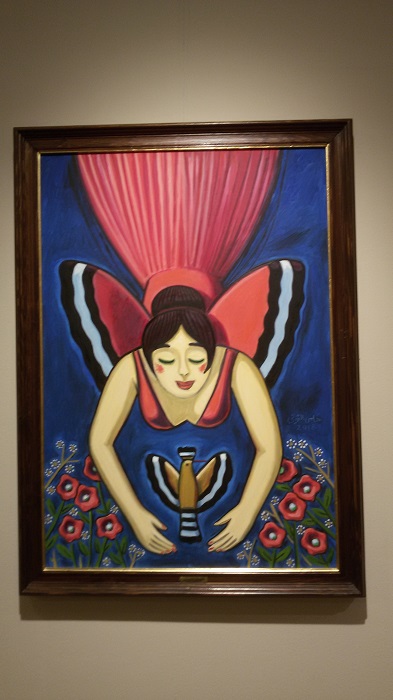 In forty portraits, in which he drew after digging deep into his soul to mirror his constantly changing perspective towards them, El-Touni spent the last few months reviving these different implementations of women in his paintings.

Each of the paintings presented the way El-Touni saw women and featured them over the years, which was the reason behind choosing the name, "Women have Faces".

The prominent artist said that in this exhibition, he wanted to showcase how one artist can exhibit women in various characteristics, features, and looks as years pass by. He spent the last year remembering how in every part of his life, he used to depict the beauty of women, and reproduce similar work of that period's ideology.

He further explained that Women have Faces proves that one artist can differently portray women in a totally different way over several years.

"At a younger age, when I started my career as an artist, I always drew women with eastern features. It's what we were always subjected to back in college years, and how we were taught, and how we subconsciously adopted. But after a few years, I realised that I am following the path of millions of other artists, who walked the exact same road," El-Touni said, explaining, "that is when I started looking for my own identity, as an Egyptian artist!"

For years, the veteran artist has been digging into the history of Egyptian civilisation in order to find his own style, which he eventually reached after years of intense research.

"I found that being a folklore artist is what evokes art inside me," El-Touni stated.

Reading about the pharaonic civilisation, the Mamluks, the Islamic conquest, and Coptic art led El-Touni to believe that eastern beauty can be captured in folkloric scenes. In most of his paintings, El-Touni presents the heritage side of women in rural areas, or from early ages, like featuring a woman dancing in a traditional cultural wedding, or women wearing the traditional Egyptian burqa, enveloping outer garment worn by women in some Islamic traditions.

Women are constantly captured with calm gazes, covering their face with peaceful looks and angelic smiles. Despite chronicling periods which witnessed women's liberation, the females in El-Touni's work never reflected rebellious looks or fierce features, "because strength has nothing to do with anger. Women are beautiful in all ways and looks."

Despite featuring women in different eras, El-Touni stated that his pharaonic depiction is the least to be liked and demanded from people.

"Surprisingly, people are the furthest nowadays from their ancient Egyptian civilisation. They are turned off to those themed portraits which are the least from all of my paintings compared to modern history and civilised heritage," El-Touni added.

When asked about his most inspiring era, the veteran artist confidently said it was the Coptic period in the 7th century.

"It's the time in which art galvanises me the most. It's one of the eras in which Egypt witnessed the largest boom in the fields of carvings and arabesque patterns, which is one of the things that had a huge impact on me and can clearly be sensed in my artwork," he explained. 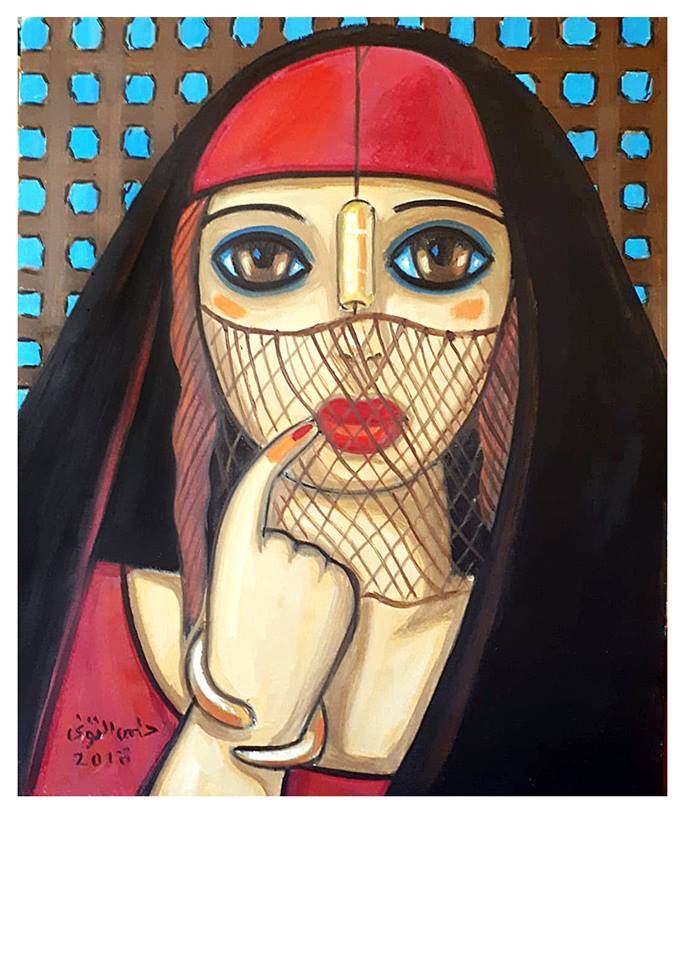 Furthermore, he stated that other eras' impact is not as strong as the Coptic's on his work.

El-Touni's portraits are unique, vibrant, and colourful, despite the peaceful looks always featured in his drawn women.

"Amid all the darkness, phases of loss, and turmoil we are living in, art is made to make people feel better, and takes them out of their reality. That is what I aim to deliver with my strong, bright colours. The beauty of art is that it makes the chaos of the world less chaotic," he asserted.

As for the contrasting colours always applied in his portraits, he explained that they strengthen the message sent from his work.

Cheer and beauty are the exhibition's main theme, which is open to the public until 21 March. For these feelings, El-Touni said he keeps working.

"I enjoy my work, so as to let people find the joy in it!" he concluded.