Where great art and courageous conversations are catalysts for a more connected, civic, and empathetic world. www.brooklynmuseum.org 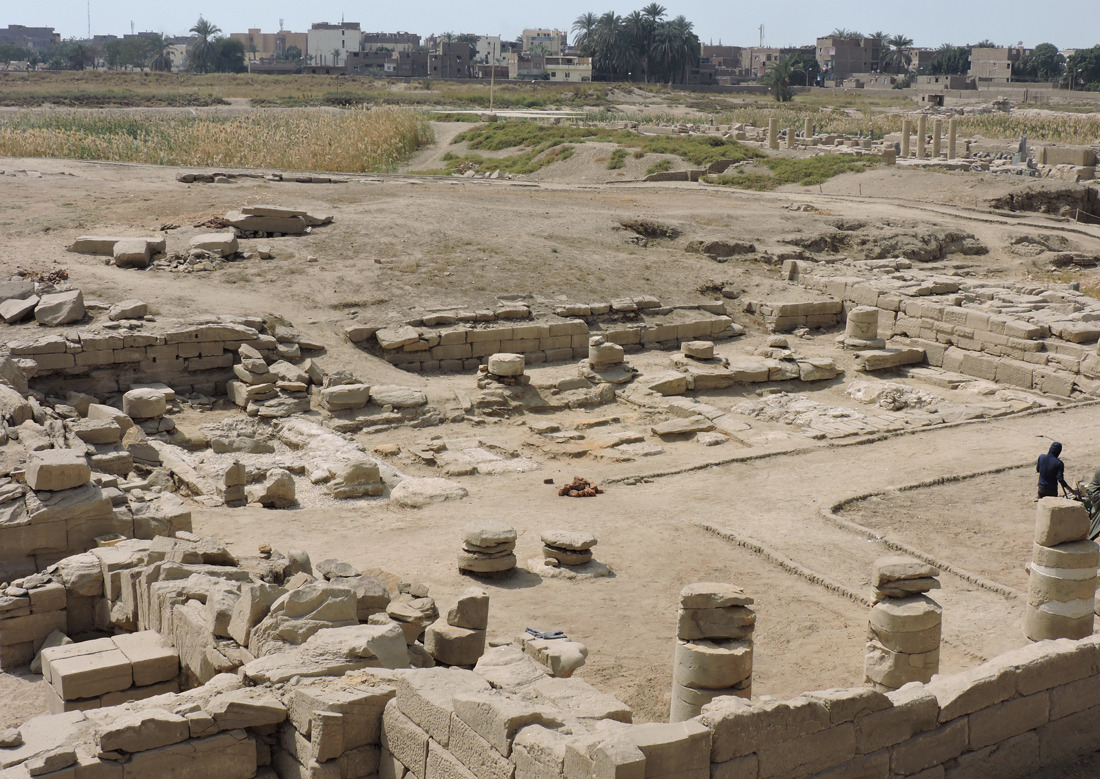 This is the final post of the season and includes the results of work that took place after we left Luxor. This picture of the whole of Temple A's 1st Court was taken on February 23, our last day at the site. The Mut Temple and the east arm of the Isheru (sacred lake) are in the background. After we left, Abdel Aziz and a small team continued the restoration work. The pictures that follow were sent by Abdel Aziz between February 24 and the 28th, when all the work ended.

At our request, Abdel Aziz and crew built a brick wall along the north edge of the area excavated this year in hopes of preventing dirt from crumbling into the area. This is the penultimate phase; the cement was coated with a final layer of color to match its surroundings more closely.

Salah applies a thin coat of mortar tinted to match the sandstone. The repairs to the columns themselves have been similarly treated.

Looking west along the front (left) and back of the north colonnade on February 28. It now looks like a colonnade rather than a pathetic collection of fallen and tipped column drums. The Sakhmet that Salah and Mohamed Abdu restored last year is visible in the righthand picture. Thank you Abdel Aziz, Ayman, Salah and Anwar for all your hard work!