This doesn't seem like nearly enough insurance. After all, Trump's worthless wall can cost $8 billion plus. Tutankhamun's priceless treasures ought to be worth substantially more. 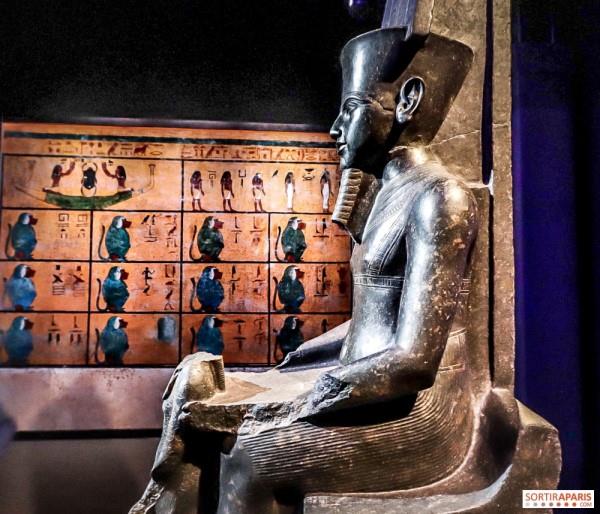 (MENAFN - Daily News Egypt) Misr Insurance Company has signed a contract with the Supreme Council of Antiquities and the company organising the tours of King Tutankhamun's belongings in many countries of the world to provide insurance coverage of $900m to the artefacts, an equivalent of EGP 16.2bn.

Daily News Egypt has learned that Misr Insurance will be securing King Tut's treasures against all possible risks form the start of their journey until they return to Egypt.

The Minister of Antiquities, Khaled El Anany, and the French Minister of Culture, Franck Riester, have both opened the King Tut exhibition at its second stop in Paris under the name 'Tutankhamun…Treasures of the Pharaoh.' This was in the presence of the Egyptian ambassador in Paris, Ehab Badawy, after its exhibition period ended in Los Angeles, the United States.

Daily News Egypt also learned that the insurance document of the Egyptian Pharaoh covers many risks the King's belongings might be exposed to during their domestic flights from the moment of their departure from Egypt until their return. The insurance is against risks of fire, burglary, and any additional risks as well as potential risks resulting from riots or disturbances during the flight.

King Tut's tour coincides with celebrations marking the centennial of the 20th century's most important discovery of his tomb, which was made in 1922 by British archaeologist Howard Carter, on the western bank of Luxor, before the tomb gets exhibited permanently at the Grand Egyptian Museum, which will open in 2020, according to the ministry of antiquities.

Officials of the King Tutankhamun exhibition hall in France have announced that up to 180,000 tickets have been sold so far by booking in advance. Visitors want to see the temporary exhibition of the young king at the City of Science and Industry at Parc de la Villette, located in northern Paris. The exhibition will continue until mid-September 2019.

The King Tutankhamun exhibition, held in coordination with the Egyptian Ministry of Antiquities, international exhibition companies, and the IMG, was a great achievement when it was in California, according to the exhibition's online page, as more than 500,000 visitors were at the exhibitions, and about $5m were collected.