The discoveries include a clay oven and area for workmen, and a royal tomb Egyptologist Zahi Hawass has announced two new archaeological discoveries made by an Egyptian expedition which he is heading in Luxor.

One discovery was in the West Valley, also known as the Valley of the Monkeys, and the other was in the East Valley, which contains the famous pharaonic tombs.

He made the announcement during a press conference on Luxor's West Bank on Thursday which was attended by Minister of Antiquities Khaled El-Enany and the secretary general of the Supreme Council of Antiquities Mostafa Waziri.

Hawass said that the Egyptian expedition, which has been working in the Valley of the Monkeys since December 2017, has found "an industrial area" for the first time ever in the location.

He explained that the area contains an oven used for clay products, and a water storage tank used by workmen to drink from. A scarab ring and hundreds of inlay beads and golden objects which were used to decorate royal coffins were also discovered at the site. Some of the inlays are decorated with the wings of Horus.

Hawass said that the excavation in the West Valley is searching for the tombs of Nefertiti and Ankhsenamun, her daughter and the widow of Tutankhamun.

He said that he thinks that the wide valley between the tomb of Amenhotep III and Ay could be the area that contains the tombs of the Amarna family. Another crucial discovery, he said, is the uncovering of 30 workshops. They are comprised of storage buildings and buildings for the cleaning of the funerary furniture, and contained many pottery finds dated to the eighteenth dynasty.

He has also discovered a royal tomb, labelled KV 65. Inside were tools used for tomb construction. Hawass said that the expedition that is working in the East Valley is the largest excavation which has taken place since the time of Howard Carter. It is searching for tombs that have never been found before, as well as those of the wives and sons of the kings of the eighteenth dynasty buried in the Valley of the Kings, since the Valley of the Queens did not start taking on burials until the beginning of that dynasty.

The expedition also excavated the surroundings of the tomb of Tutankhamun. It found many important objects, he said. 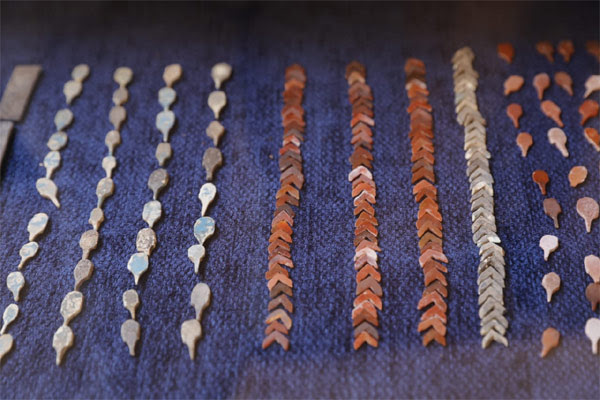