Ancient cats come hot on the heels of a stunning human-coffin find as Egypt keeps research on the artefacts to itself, for now. 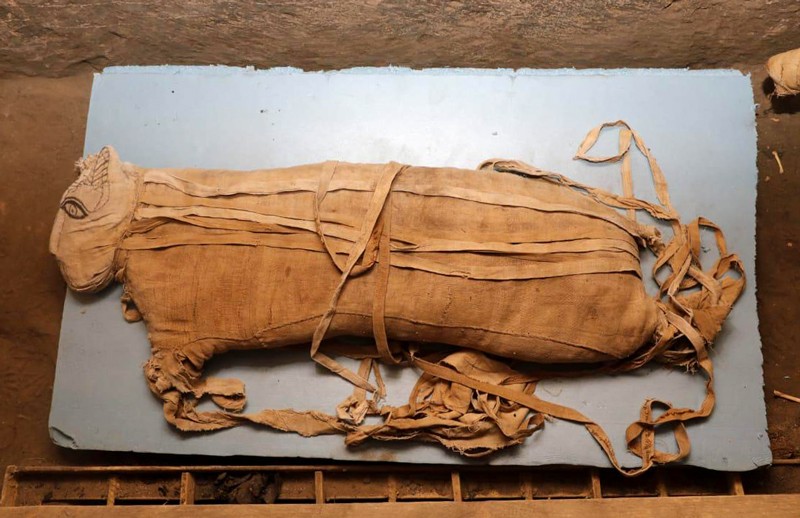 Mummified felines, thought to be lion cubs, have been discovered alongside statues and other animal mummies.Credit: Ministry of Antiquities

The unveiling of five ancient feline mummies, including at least two lion cubs, and a host of other artefacts from the Bubasteion necropolis in Saqqara, south of Cairo, has left Egyptologists buzzing. It is only the second time that lion mummies have been found; the first was reported in 2004. The latest announcement, on 23 November, follows last month's revelation that 30 sealed coffins and their mummified human contents had been discovered at the Assasif necropolis near Luxor, some 500 kilometres south of Saqqara.

Each lion mummy in the latest trove is around 1 metre long and dates to ancient Egypt's 26th Dynasty (664–525 BC), according to a statement from the Supreme Council of Antiquities, part of the Egyptian antiquities ministry. The artefacts were found with a larger collection of animal mummies, along with wood and bronze statues of cats and crocodiles.

"This is an extremely exciting and important find, as it sheds new light on the relationship between wild and dangerous animals and the ancient Egyptians," says Salima Ikram, an archaeologist at the American University in Cairo who is working with the Egyptian government to identify the discoveries.

"It is possible that this hints at areas where lions were kept within Egypt, which we have seen [depicted] in images," she says, adding that mummified lions of this age are very rare.

More has also been revealed about the content and significance of the human coffins at Luxor. This find was first announced on 15 October, and is understood to be the largest coffin discovery since 153 were found at Bab el-Gasus ('the door of the priests'), not far from Luxor, in 1891. 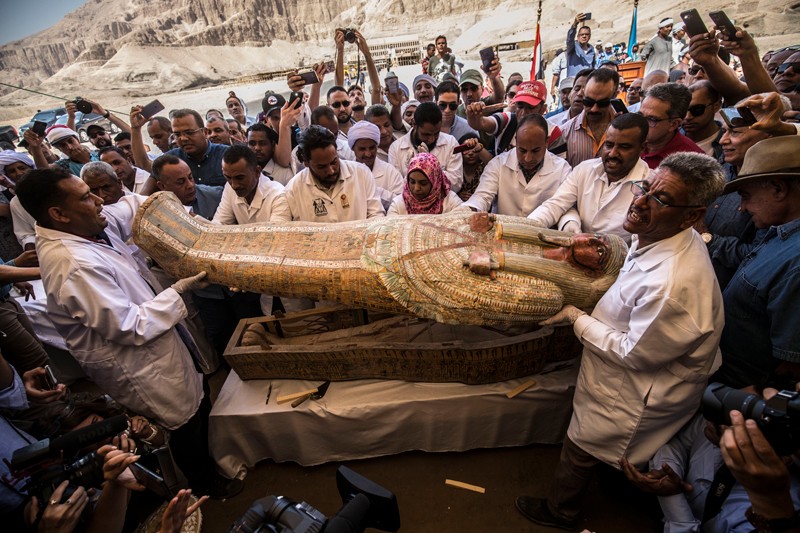 Some of the coffins have been scanned using computed tomography, because the mummies cannot be unwrapped. The scans show the remains of a man aged 50, a woman of 35 and child 8–10 years old. All three are well preserved, and the child wore two gold bracelets, a ministry spokesperson told Nature.

The 30 Luxor coffins were discovered in two rows, stacked one on top of the other, in a pit 1 metre below ground. "I've never seen a parallel for this," says Kathlyn Cooney, chair of the department of Near Eastern languages and cultures at the University of California, Los Angeles.

The painted wooden sarcophagi are of a type known as stola coffins, after a set of red straps depicted on them. The garment would have been worn by people connected to the Amun priesthood, one of ancient Egypt's centres of power, dating back to the tenth century BC.

Stola coffins have intricate designs, which include complicated religious iconography, as well as details of personal information about the deceased. Cooney says it is crucial that the mummies have been found in their coffins, "potentially correcting, if not reversing, a century of colonial academic wrongs by Egyptologists who separated coffins from mummies and didn't or wouldn't study the human remains properly". 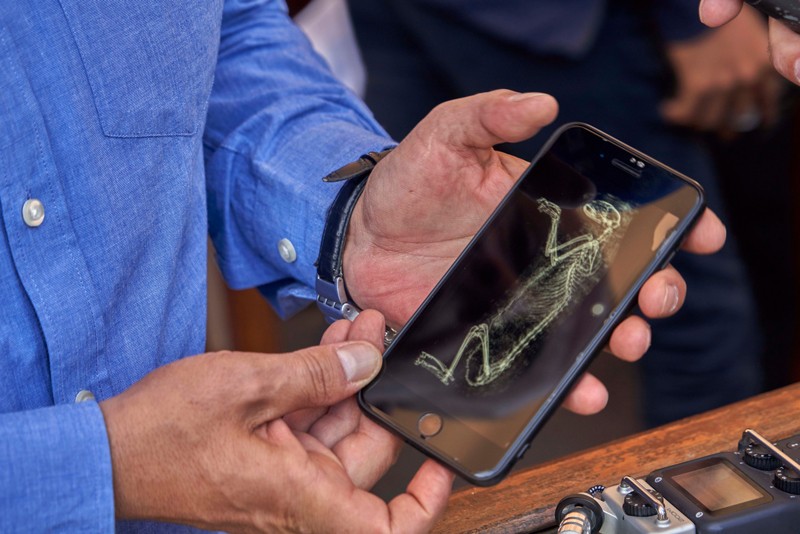 "Those interested in coffins will be able to look at the type of wood, varnish and paints; those studying ancient pathologies will be able to examine the mummies' health," Cooney says. "For somebody like me, who studies the lives of past people, it helps bring those lives back to life," she adds.

But such anticipation is tempered by the knowledge that researchers outside Egypt will not yet be allowed to work on the finds, because the government is restricting research access to Egyptian institutions for now.

When Nature asked whether international researchers could contribute to the study of the discoveries — in line with the practice at many museums and heritage research institutions around the world — antiquities minister Khaled El-Enany replied: "We won't do a call [for proposals] on this study." 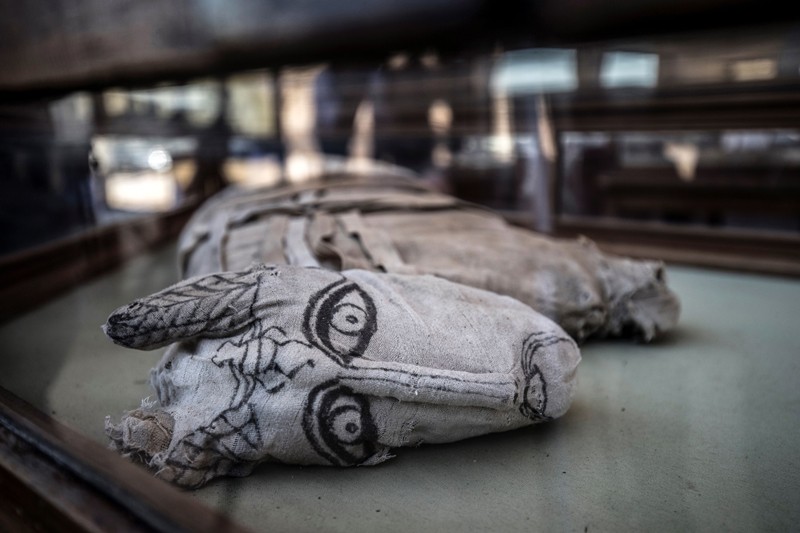 One of the mummified felines found in Saqqara, Egypt.Credit: Khaled Desouki/AFP/Getty

The team that found the coffins and the animal mummies was led by Mostafa Waziri, secretary-general of the Supreme Council of Antiquities. Waziri is not ruling out international involvement in research later on. But he confirms that any work will be led by Egypt's own researchers.

Willeke Wendrich, chair of African cultural archaeology at the University of California, Los Angeles, who became president of the International Association of Egyptologists this year, hopes that those in charge will eventually allow researchers from other countries to access the finds. Another Egyptologist, who asked to remain anonymous, urged the government not to delay, saying, "Science benefits from a multiplicity of talents."