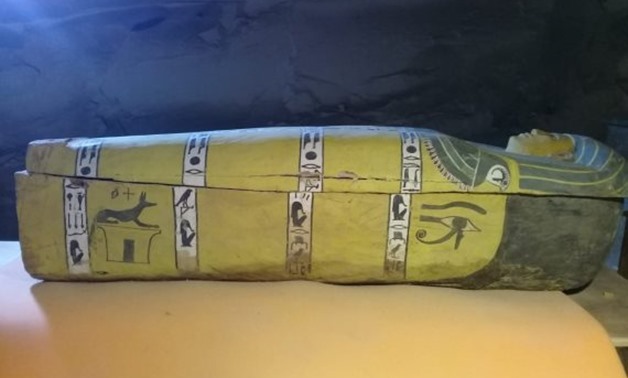 One of the discovered coffins - Press photo

CAIRO - 27 November 2019: The French archaeological mission headed by Frederic Colin succeeded in discovering three wooden coffins in the external courtyard of cemetery No. 33.

The mission is affiliated with the University of Strasbourg and the French Institute of Oriental Archeology, and is currently working in the region of El-Assasif in Qurna.

The discovery of the ancient coffins was announced by Secretary General of the Supreme Council of Antiquities Mostafa Waziri, who explained that the three coffins date back to the 18th Dynasty and is in a good state of preservation.

For his part, Director General of Antiquities of the Western mainland in Luxor Fathi Yassin stated that the first sarcophagus is colorful and decorated with hieroglyphic inscriptions. The sarcophagus belongs to a woman and is 195 cm in length.

The magic of the ancient Egyptian civilization never ends