A stunning new report adds archaeological evidence to support the biblical account of an Edomite state directly preceding the establishment of Israel.
By Brent Nagtegaal • November 13 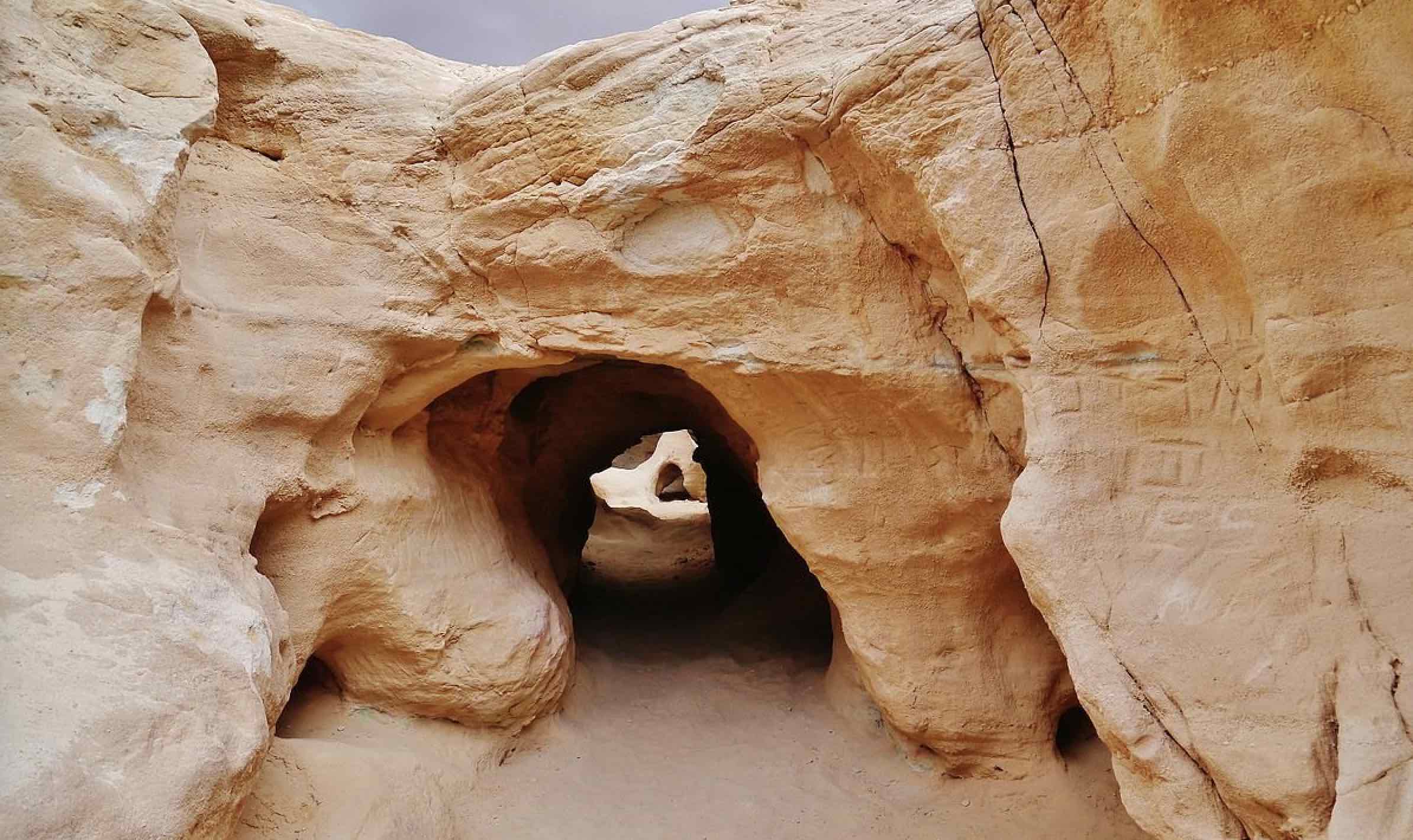 jerusalem
Often in archaeology, ancient rubbish can provide the greatest insight into how various ancient peoples lived. The ancient man's trash truly can be an archaeologist's treasure.

This is especially true in a recent study based on archaeological trash at two ancient copper mines—Timna and Faynan—in the Aravah Valley, just south of the Dead Sea. By studying the accumulation of the waste by-product of the copper refining process (known as slag), archaeologists have been able to illuminate the history of the area, which dates to around the time of King David and the years earlier—approximately 3,000 years ago.

More specifically, the study of these slag heaps has provided early evidence for the biblical timeline related to one of David's foes, the Edomites.

The Edomite people descended from Esau, Jacob's twin brother. Eventually, they would become one of Israel's neighbors and longest-standing adversaries. Although they were cousins, the Edomites denied the Israelites passage through their territory as they traveled to the Promised Land (Numbers 20:14-21). Israel was forced to travel south, to the Red Sea, and circumnavigate the Edomite land, instead of taking the King's Highway, a more efficient path through the heart of Edomite territory.

There has been much debate about when Edom went from a group of nomadic tribes to a unified nation with a centralized government. The Bible discusses the existence of an organized and centralized Edomite state prior to Israel's migration. But some Bible critics have cited the lack of evidence for an Edomite state as proof that the biblical account is inaccurate.

But the Bible's record of Edom is clear. Genesis 36:31 says, "And these are the kings that reigned in the land of Edom, before there reigned any king over the children of Israel." Saul was crowned king of Israel around 1040 b.c.e. The finds from these mines, which are over 100 kilometers apart, indicate that Edom had a central authority dating back to, at the very least, 1100 b.c.e. That is over 50 years before Saul became king.

Both of these sites were in full operation 300 years before David reigned. Originally, the Timna mine was operated by the Egyptians. But during the Bronze Age collapse of the 12th century b.c.e., the Egyptians withdrew from the area, leaving the nomadic tribes to fill the void.

This is where the Edomites enter the story. It is likely the Edomites had been there all along, under the rule of the Egyptians. When their rulers left, the Edomites took over the direction and production of the copper mines. This resulted in the nomadic tribes producing slag using different techniques. 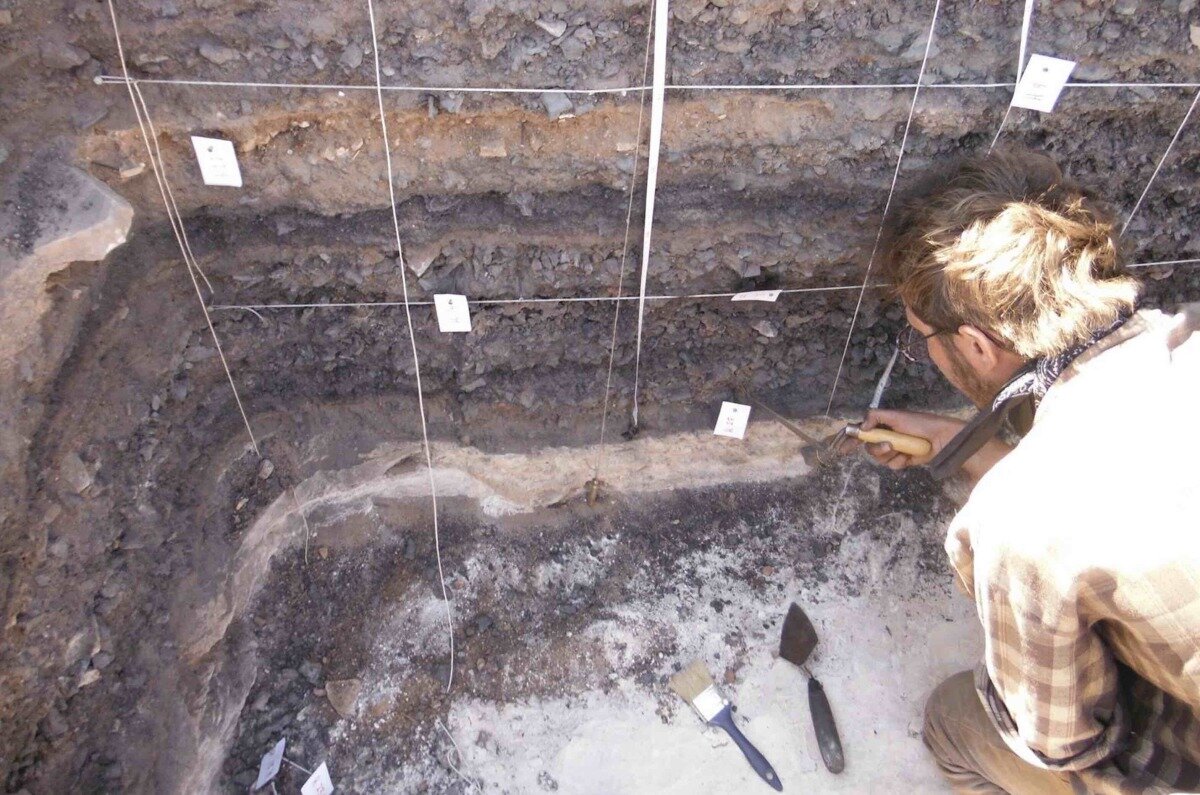 Over time, the technology used to process the copper ore steadily improved; researchers noticed that the advancements at both sites correspond perfectly with each other, particularly around the time of King David. This indicates that the two mines were sharing expertise. Otherwise, the advancements would not mirror each other so closely. In previous ages, where there was no cooperation, mines advanced at different paces.

The team of American, Israeli and Jordanian archaeologists found that people at different sites in the Aravah were producing metal using the same standardized techniques, which improved and advanced in parallel, more than 3,000 years ago. This, the archaeologists say, is a sign that there was a strong, centralized entity that coordinated copper production over vast distances: in other words, a state. … 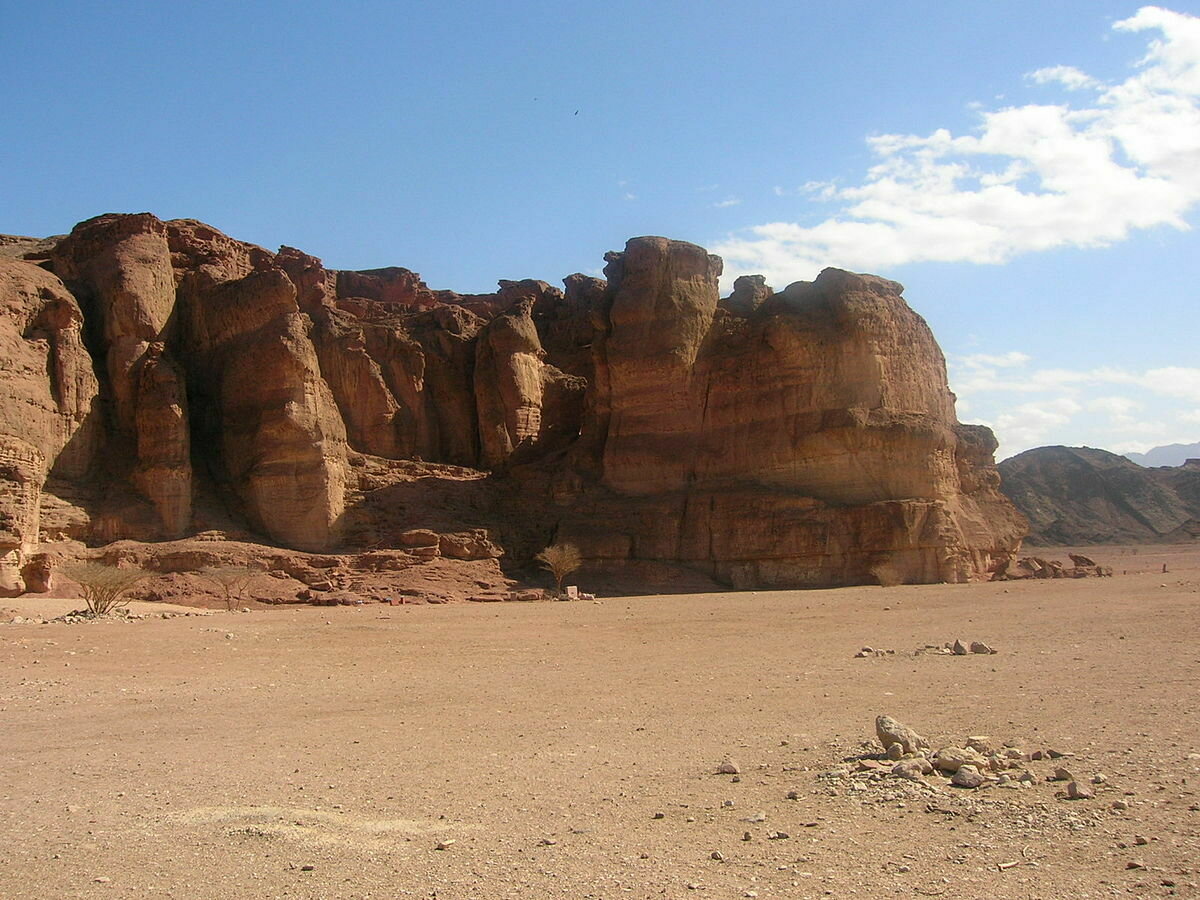 But how can archaeologists know when the technology advanced? How can they know that those changes were concurrent across such a vast distance? Archaeologists Thomas E. Levy from the University of California–San Diego and Erez Ben-Yosef from Tel Aviv University believe they can prove such advances by studying the slag.

By analyzing samples from Timna and Faynan, scientists could elucidate the efficiency of smelting process by measuring parameters like the temperature of the furnaces; the addition of other minerals to improve the extraction of the metal; and the amount of copper left over in the slag (the less residue in the waste material, the better the quality of the product).

Essentially, the technological advancement can be measured by the amount of copper remaining in the slag. If there is a lot of copper left in the slag, then the smelting process was not as efficient. What researchers noticed is that the earlier the slag, the more copper was present. As time progressed, the process became more and more efficient. This advancement was synchronized at both sites—all during the time period that the Bible describes Edomite statehood. But couldn't the ancient miners have just shared their techniques with the neighbors? That's unlikely according to Ben-Yosef. He commented to Haaretz:

This was the most complicated technology in the ancient world and the Aravah was the Silicon Valley of the period. …

This was knowledge that was not easily shared at the time; it was kept secret by the elites. So if the same techniques were used in distant sites, it is very strong evidence that the production was organized from above, using the knowledge and procedures determined by a single elite.

The fact that this technology wouldn't be readily shared indicates that there was one team of scientists, one polity and one state governing the production of copper. But when did this cooperation happen? And how does it relate to Israel? Haaretz provides the answers:

[W]ithin 100-150 years from the departure of the Egyptians, the nomadic tribes of the entire area united around the copper industry. They "built something that was powerful and centralized: the early nucleus of the Edomite kingdom," [Ben-Yosef] concludes.

The Egyptians withdrew around 1300 b.c.e., placing the early development of the Edomite state around 1100 to 1150 b.c.e. The nomadic tribes came together and unified to process the ore. There is no current evidence of structures for the workers to live in. It is likely that the Edomites continued to live in a nomadic manner, only working the mines in the winter, when there was enough water for the workers, as there is no natural water source nearby. 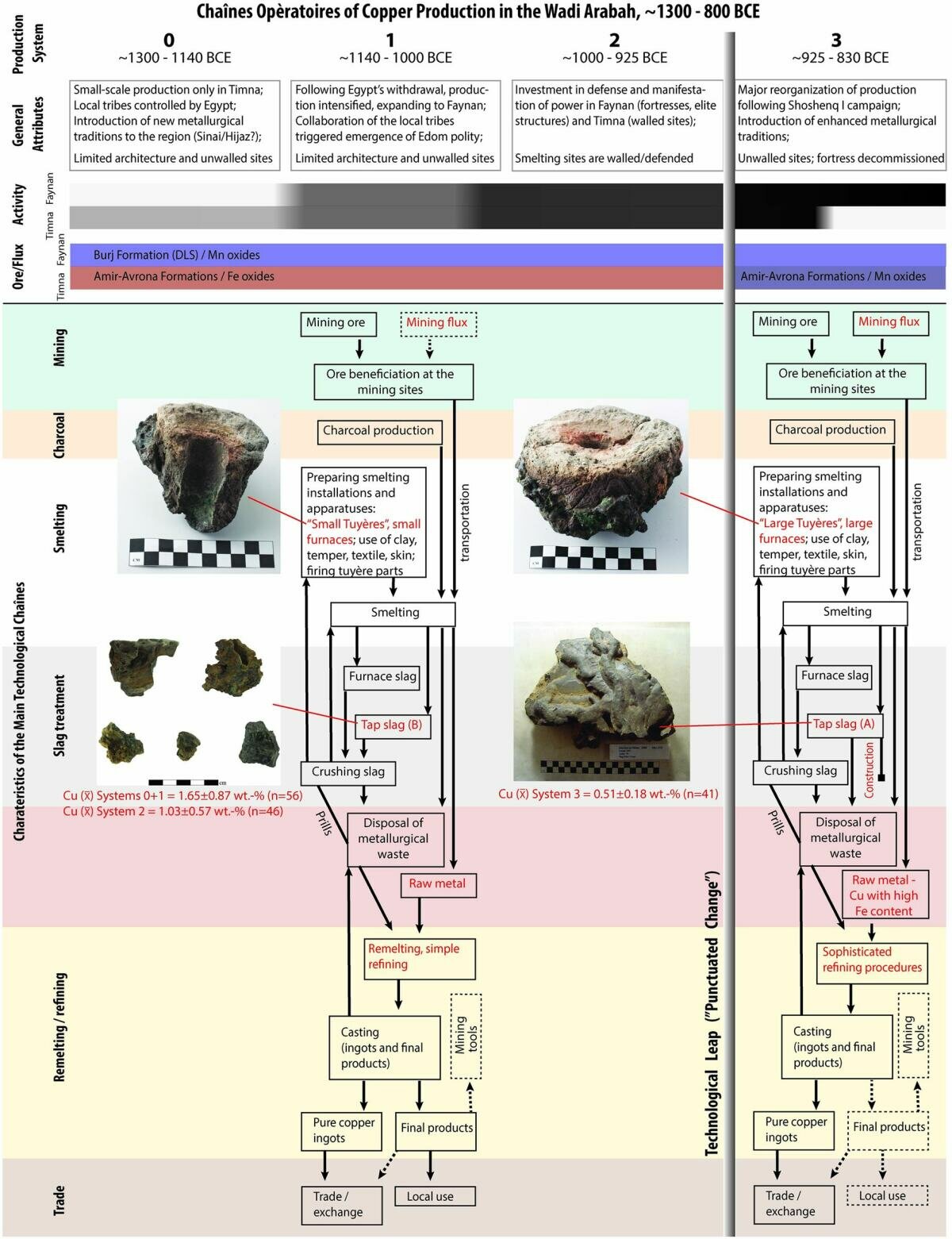 But then again, around 1000 b.c.e. there is a distinct change in culture at the mines. The efficiency of production improved. And archaeologists have found remains of massive fortifications at these sites, dating to the time of King David. Haaretz continued:

Previous excavations at Timna have shown that around the year 1000 b.c.e. (that is, when David and Solomon supposedly reigned) fortifications were built around the site and remains were found showing that the local workers were clothed with expensive textiles and enjoyed food imported from afar.

Notice: The types of buildings changed, the clothing changed, and even the diet changed. What could cause the culture of the workers and the upper classes that ruled the mines to change so dramatically and so quickly?

The Bible explains that King David ruled the people of Edom, controlled their industry, and set up fortifications in their land. 2 Samuel 8:14 says, "And he [David] put garrisons in Edom; throughout all Edom put he garrisons, and all the Edomites became servants to David."

The Bible records that God promised the land of Edom to Jacob's brother, Esau (Deuteronomy 2). Israel was not allowed to settle the land, but under kings David and Solomon, Israel did rule the people. The copper from these mines would likely have been used in King Solomon's construction projects. 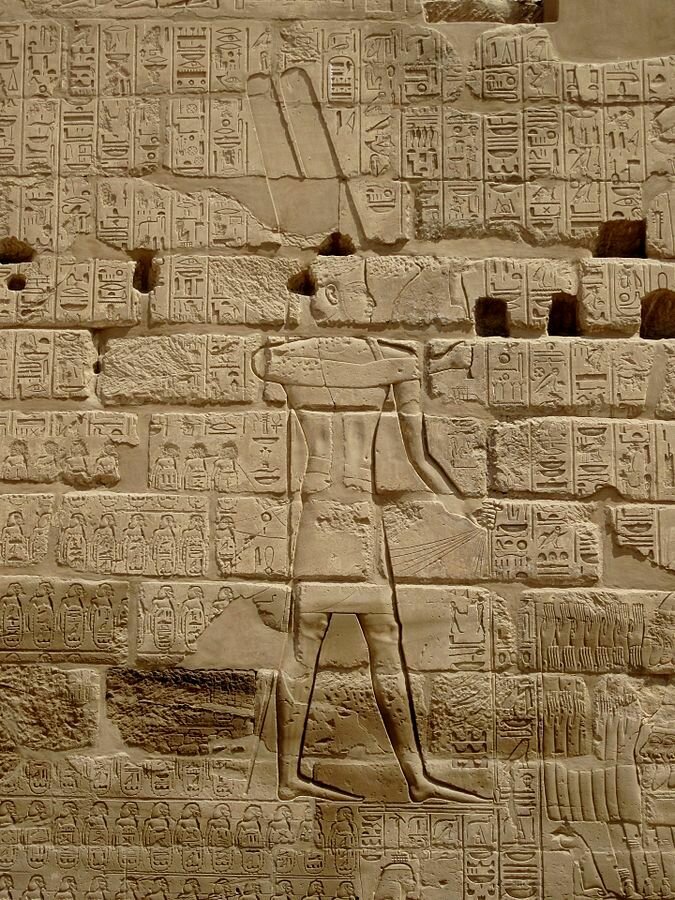 The slag heaps also present another interesting change. In the second half of the 10th century, around 930 b.c.e., there is great advancement in the ability to smelt with larger facilities and larger furnaces. The Israelite fortifications also fall out of use. This sudden change coincides with the biblically confirmed invasion by the Egyptian Pharaoh Shishak during the reign of Rehoboam. This historical account in the Bible is confirmed on the Walls of Karnak, Egypt (1 Kings 14:25). This clearly explains the abandonment of the Israelite fortifications and the sudden advancement in copper production, caused by the introduction of Egyptian technology.

The scientific discoveries at the Timna and Faynan mines are in perfect agreement with the Bible.

This is a tremendous confirmation of the history of the Edomites as written in the biblical text. This discovery by Thomas E. Levy and Erez Ben-Yosef in the Aravah Valley is just another instance of how archaeology and the Bible complement each other. Without biblical history, it would only be possible to note the changes at the mine sites, but not the historic events that caused them. But together, a complete picture emerges that helps elucidate ancient history and confirm the reliability of the Bible as a historical source.