The South Asasif Conservation Project has opened for the 2015 season. Congratulations to all our mission members in Egypt and all over the world, as well as our friends and supporters! 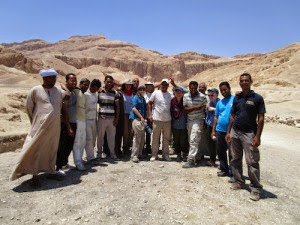 We are so happy to be back at the site and reunite with our wonderful MSA conservation team. Everybody looks very cheerful on the first day photograph but the hard work started already on the next day. All the members of the team are happy to resume their usual activities and face new challenges. 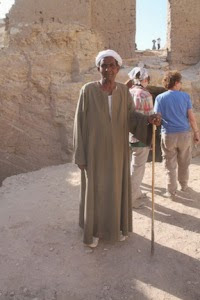 Our amazing Reis Mohamed Ali took charge of the workmen.

It is always a joy to reunite with old friends, like Reis Mohamed, who has been working with us for many years, but it is also thrilling to meet new friends, such as our inspector Alaa Hussien Mahmoud and our new team member Mohamed Yahia Ewada, Director of the West Bank. 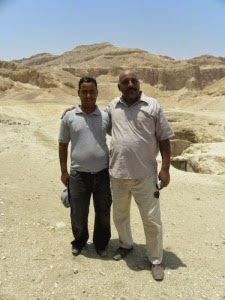 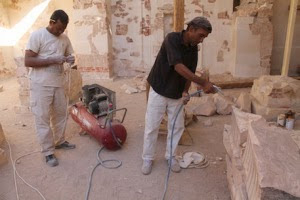 Conservators Ali Hassan and Said started with dusting the architectural elements in the Second Pillared Hall in the tomb of Karakhamun. 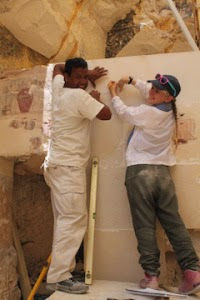 Katherine Blakeney and Ali Hassan have already found a new fragment to add to the standing figure on the north wall.

Our epigrapher Ken Griffin is back to sorting boxes and boxes of inscription fragments while Francesca Jones and Annie Haward are working on the reconstruction of BD 17. 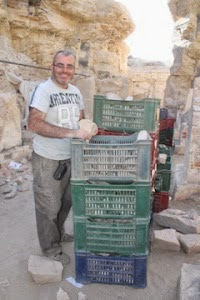 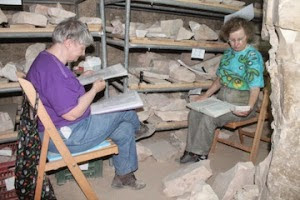 The head of our registration department (among other duties), John Billman and MSA wood conservator, Mohamed Mahmoud Mohamed are in the middle of a profound discussion on the conservation of a coffin lid found at the end of the previous season. 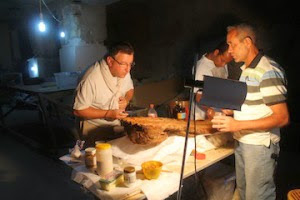 Katherine Piper went back to cataloguing the fragments of Karakhamun’s painted ceiling. 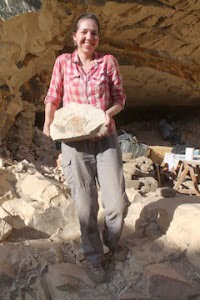 Marion Brew and Courtney Bobik are happily taking elevations in the tomb of Karabasken. 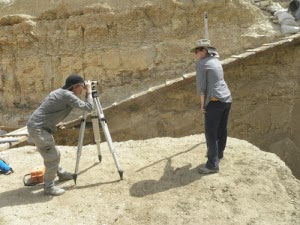 We will be regularly reporting on different kinds of activities in the South Asasif necropolis and our preliminary results. More mission members are arriving next week to take up the baton. Stay with us for the great season of 2015!


Start of the Season Part 2

South Asasif Conservation Project continues documenting the first days of the new season and celebrating the reunion with our great mission members and beloved activities at the site.

Dieter Eigner may look a little lonely on top of the entrance staircase in the tomb of Karabasken but we know that he the enjoyed the peace and quiet of this imposing environment. His documentation of every step is impeccable as always. 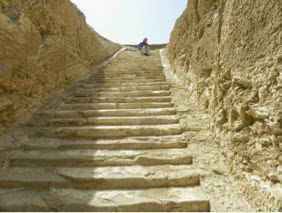 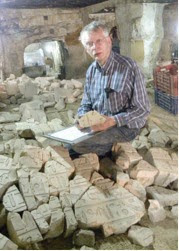 Gabriele Schier feels a deep connection with the remains of the superstructure of the tomb of Karakhamun. Thanks to her tireless recording of the bricks remaining in situ we hope to be able to produce a digital reconstruction of the superstructure after finishing clearing all related areas. 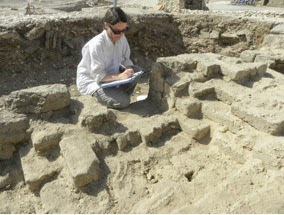 Our great conservation team is truly on fire this season. 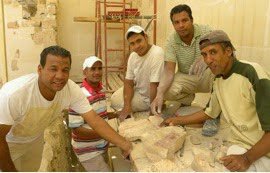 Here is only one example. The fragment blow was on our “confusing images” list for a long while. We saw it as register line with a leg of a chair on it (without a stand underneath?) or an offering animal (without a hoof?)

This week our heroes turned it 180 degrees and found a direct join with another confusing fragment. Immediately it became evident that what we were looking at all this time was not the lower part of the chair leg but its upper part. The register line transformed into the seat of the chair and a red stripe on the other fragment manifested itself as  the end of the folded cloth in the hand of Karakhamun. We were missing these pieces in the reconstruction of a seated figure of Karakhamun finished last year but could not recognise them as a part of it.

Today the newly identified fragments were added to the reconstruction of the figure of Karakahmun. To everybody’s   delight they fitted in perfectly well. Karakhamun’s figure, although very fragmentary, was reconstructed by Katherine Blakeney based on the remains of the ancient grid still visible in some places. The calculations were so precise and the placement of fragments by the conservation team so punctilious that the newly found frgment connecting the two parts of the previously reconstructed figure  went in very smoothly. 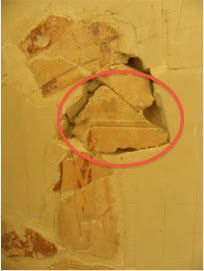 We believe that the team will remain inspired and productive for the whole season and show great results!