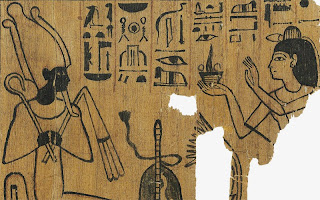 Objects inscribed with cuneiform texts from the collection of dealer Elias S. David, and Egyptian, Roman and Byzantine art from the Cattaui family collection are among the highlights of the Antiquities Sale in New York on 4 June

Specialising in the ancient Near East, Elias S. David’s prominence as a dealer spanned more than 30 years, beginning in the 1930s. Many masterpieces that passed through his hands are now in some of the great international museums, including the Louvre, the Metropolitan Museum of Art and the Cleveland Museum of Art.

David (1891-1969) had a wide circle of friends in the ancient art world, and noteworthy objects from his collection include the many cylinders, barrels, cones and tablets, chiefly of clay but also in bronze and stone, all inscribed with cuneiform texts, and predominantly made as foundation deposits.

Among the many important objects of this group is a large Neo-Babylonian clay cylinder from the reign of Nebuchadnezzar II, 604–562 B.C., which commemorates his rebuilding of the temple of the god Lugal-Marada at Marad. 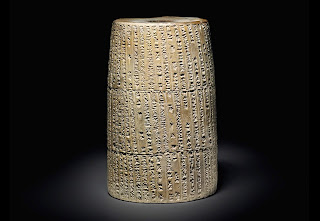 A Neo-Babylonian Clay Cuneiform Foundation Cylinder. Reign of Nebuchadnezzar II, 604-562 B.C. Estimate: $250,000 — 350,000. This work and those featured below are offered in our Antiquities Sale at Christie's New York on 4 June.


A clay barrel from the same period was made to mark Nebuchadnezzar II’s restoration of the Ebabbar Temple of Shamash in Sippar. A rare copper tablet from the Isin-Larsa Period, reign of Rim-Sin I, 1822–1763 B.C., records that the King’s wife built a temple for the goddess Ninegal. 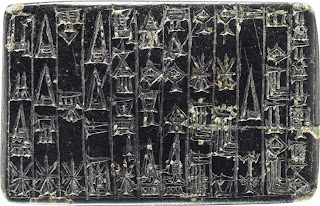 
Other objects from the Near East include silver and bronze vessels, small-scale sculpture, and a large group of early amulets and seals. There are also some rare Egyptian objects, including a wonderful group of gold and faience amulets, some bronze statuettes, and a small alabaster head of a Ptolemy.

Beautiful works of art from the Classical world are also featured in the collection, including several Archaic Greek carnelian scarabs. Preliminary research has shown that one of them was previously in the collection of James Carnegie, 9th Earl of Southesk, and was first published in 1908. It is one of a small group where the back of the beetle is carved with a figure in low relief, in this case a siren. The underside, which would have been used as a seal, depicts a warrior. The type is thought to be the product of a western Greek workshop.

The majority of the Elias S. David Collection will be offered in the June Antiquities auction, while the amulets, seals and jewellery will be featured in the December sale of Ancient Jewelry in New York


The Cattaui Family Collection of Ancient Art, a large and impressive assemblage of Egyptian and Roman objects, was formed over the course of many generations. Since the 19th century, the Cattauis have been generous donors to museums around the world, including the Alexandria National Museum and the Louvre, where a lengthy papyrus scroll bears the family name.

The patriarch, Joseph Aslan Cattaui Pasha (1861–1942) established several industrial, financial, and real estate enterprises, and was appointed Minister of Finance of Egypt. As a result of close ties to the royal family, Joseph received the title of Pasha in 1912 and was appointed to the Senate in 1927. His wife Alice Cattaui (née Suares) was Chief Lady-in-Waiting to Queen Nazli and later to Queen Farida. Their neo-Gothic villa in the Garden City district was one of Cairo’s more exotic buildings and included a library of more than 60,000 volumes.

Continuing the tradition while aware of the problem of illicit excavations, their son Aslan Leon Cattaui (1890–1987) frequently bought and returned pieces to the Egyptian government. When his father retired from the Senate in 1938, King Farouk appointed Aslan as his replacement.

Following the rise of Gamal Nasser, the family moved to Lausanne in 1956. Aslan’s son, Stephane Cattaui (1937–1993), considerably expanded the collection over his lifetime, and its strength, not surprisingly, is Egyptian art. There is a wonderful assembly of bronzes, including a rare kneeling figure of the 26th Dynasty Pharaoh Necho II, and statues of the Egyptian pantheon including Osiris, Amun, Neith and Imhotep. 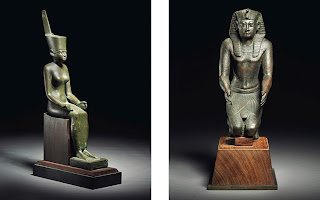 
Of particular importance is a limestone relief from the Amarna Period, which depicts Royal figures navigating a sailboat on the Nile.


There is also a splendid section of a papyrus scroll with text from the Book of the Dead for Nes-Khonsu, with an exquisite vignette showing the deceased standing in adoration before Osiris. 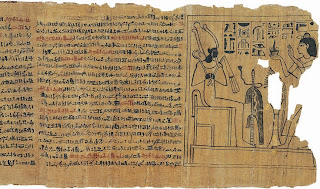 
Animals are also prominent in the collection, which includes an ibis and a seated cat, as well as amulets and small sculptures in faience. 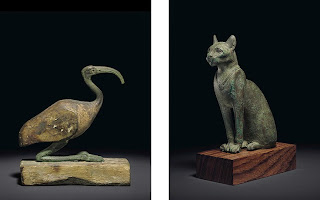 
In the 1980s, Stephane added objects to the collection from other areas of the ancient Mediterranean, with his acquisition of a large number of Roman and Byzantine bronze vessels and utensils. Two large amphorae with feline handles are particularly impressive.