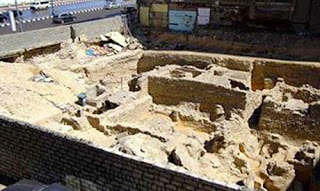 A group of activists who work to protect Egypt's ancient sites submitted a legal complaint to the prosecutor-general on Monday, accusing the antiquities minister of destroying a Hellenistic site near Alexandria.

Egypt Heritage Task Force have accused minister Mamdouh Eldamaty and leading officials at the ministry's Ancient Egypt department, as well as the director of antqiuites in Alexandria, of destroying the Al-Abd Theatre site.

The site was discovered in 2012 during building work. Subsequent excavations extended 8 metres below ground level, uncovering rock-hewn catacombs as well as a collection of Roman and Hellenistic-era objects such as statues, columns, and pottery.

Excavation continued until March of this year, when the ministry's Permanent Committee for Ancient Egyptian Antiquities decided to relocate the discovered objects and give the land to the owner. The owner then partially filled in the site with sand.

According to law number 117 of 1983, the Ministry of Antiquities is the principal authority in charge of approving the construction of new buildings on any land in Egypt after inspecting the site for archaeological value.

Director of antiquities in Alexandria, Mostafa Roshdy, said at that time that the committee's decision was taken after complaints from residents living near the site that the depth of the excavations had undermined the surrounding buildings. 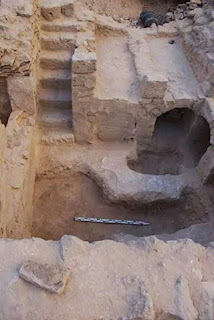 Authentic remains found at the site

In the complaint submitted to the prosecutor-general, of which Ahram Online received a copy, Egypt's Heritage Task Force described the site as part of a very important chapter in Egypt's history. It also accused the Ministry of Antiquities of permitting the destruction of an important archaeological site.

The complaint argues that the filling in of the site with sand breaks law number 115 of 2010, which underlines the importance of preserving Egypt's archaeological heritage and sites. The group also argue that the destruction of the site is a violation of Article 49 and 50 of the 2014 constitution.

The group argues that they approached the ministry and advised that officials to reach a compromise with the site owner and nearby residents that would also preserve the site, but the ministry ignored them.

Calls to the minister were not returned at the time of going to press. 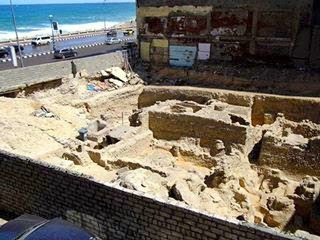