Nile Unveil 'What Should Not Be Unearthed' LP

Nile Unveil 'What Should Not Be Unearthed' LP 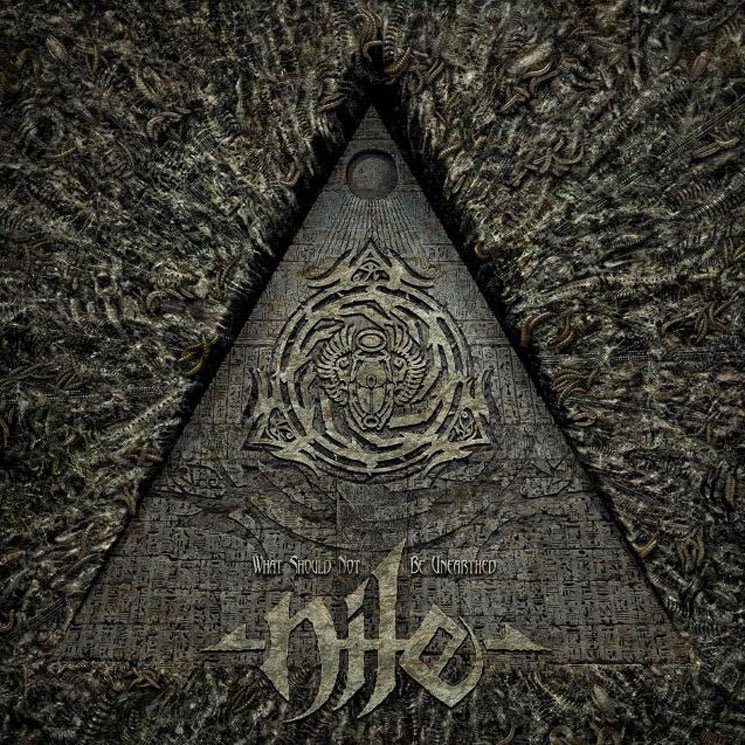 Following a recent round of vinyl reissues, technical death metal deities Nile have announced they're now set to bless us with a brand new LP. Warnings be damned, you can dig into the group's What Should Not Be Unearthed on August 28 via Nuclear Blast.

The album is the band's eighth overall and first since 2012's Exclaim!-approved At the Gate of Sethu. It comes self-produced, with leader Karl Sanders explaining in a statement that the long-running outfit chose to focus on "brutally heavy metal riffing."

"Our last record, At the Gates of Sethu was super surgically clean and very 'musicianship oriented' whereas the new disc is a polar opposite," he said, adding that the record "is aimed straight at utter metal heaviness and memorable songwriting."

Neither a tracklisting nor samples from the set have been coughed up so far, but Nile did unveil the cover art, which was supplied by visual collaborator Xaay. As could be expected, the pyramid-focused art plays into Nile's long-documented obsession with ancient Egypt. Xaay explained that the hieroglyphs were lifted from the Book of the Dead, while the winged scarab in the centre of the pyramid is used as a protective measure.

"With the art I excavated the theories of an elder ancient civilization which could give the origin to ancient Egypt," the artist said. "That's why you can find a new ingredient in the band imagery, pointing at some higher obscure intelligence, eroding and covered with time. That trace of a dismal legacy is resembled in the outer structure which radiates from the block, sealing the unknown, and it's only an adumbration of what we will meet, once it is removed."

Xaay added, "Keep in mind that opening the package means you will deal with the deadliest essence..."

Nile have a European tour coming up with Suffocation. You'll find the show info here.
Posted by Glenn Meyer at 7:54 PM