Under the Halfa Grass | iMalqata

Under the Halfa Grass

One of the various site management activities that the Joint Expedition to Malqata (JEM) undertakes is clearing vegetation to protect the archaeological remains. Vegetation can be extremely damaging to mud brick both by retaining water in the soil and by putting roots into the brick and softer stone, causing them to break apart. This year, the JEM undertook the daunting task of removing the vegetation from the area of the North Palace. Like most of Malqata, the Metropolitan Museum excavated this palace in the early 20th century (1915-1916). But unlike most of the rest of Malqata, the North Palace is surrounded by agriculture on three sides and had become overgrown with halfa grass. During the few weeks we have been here this year, the Egyptian crew has been busy, removing a tremendous amount of halfa grass from this portion of the site, revealing the ground in this area to us for the first time since we started in 2008. 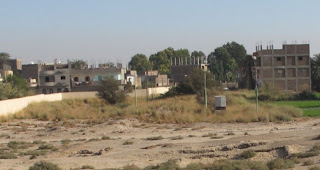 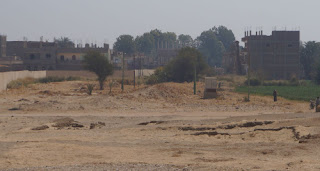 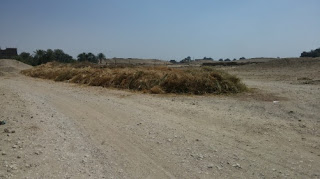 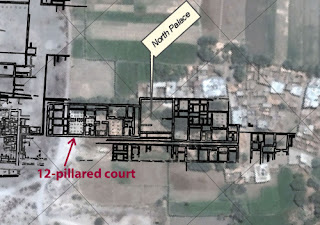 But there has been another benefit to removing the vegetation. When the JEM started its survey work, we could only find a few column bases from the North Palace for aligning and plotting the architectural plans from the original excavations onto the overall map of the site. With the new clearing, though, we are able to establish the pattern of the column bases in the first court of the palace and, from this pattern and with a little scraping and sweeping of the dirt, we relocated four additional limestone column bases. In addition, we can now see another column base in the second court, though it has been heavily disturbed. With seven of the twelve original column bases that existed in the first courtyard, we can now refine our location of the original plans. The fact that we were able to find features of this palace under the former heavy vegetation cover gives us hope that much more of this little-known feature of Malqata still survives, awaiting further investigation. 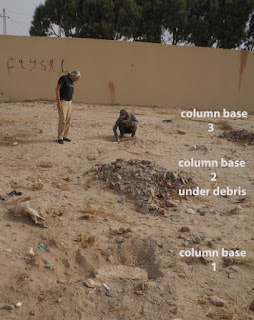