FOOTBALL star Messi has been branded a “moron” by a world-renowned archaeologist who showed him round the Egyptian pyramids during his recent ambassadorial trip to the north African country.

Zahi Hawass, the former Egyptian Minister of Antiquities, is said to have made the astonishing claim during a call to a private Cairo-based TV station on Sunday but later distanced himself from the comments, claiming they were lost in translation.

Spanish daily El Mundo, which has a prize-winning correspondent based in Egypt, reported respected Dr Hawass told the TV station: “I’m sorry to say it but he is a moron.”

He said: “I said it because when I was speaking to him, his face was like a stone. 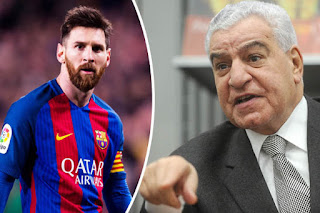 'MORON': Archaeologist Zahi Hawass made the claim after Messi's recent trip to Egypt 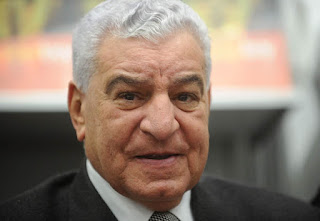 “I spent half an hour with him at the Pyramids. I think it was important to tell him about them because he has millions of followers throughout the world.

“It’s good for Egypt and for tourism. I don’t think he was at all interested. I didn’t see any interest in his face in what I was telling him.

“Not even when I talked to him about the secret compartments inside the Great Pyramid, the monarchs who ordered the construction of the Pyramids or the Reign of Tutankhamun.

“I said it because when I was speaking to him, his face was like a stone”

“I couldn’t see any reaction in his face. He was very polite but perhaps he’s only interested in football.”

Comparing Messi’s lightning visit to that of Hollywood actor Will Smith who Dr Hawass showed round the Pyramids over the weekend, he told El Mundo: “Smith is an intellectual.

“He reads and asks questions all the time. He knows the history of the Pyramids. We had dinner together and spent an hour and a half talking about antiques. There’s an enormous difference.” 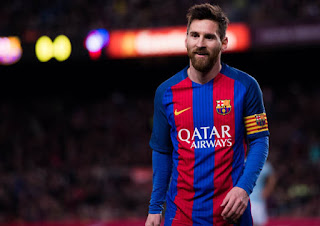 Messi visited Egypt under his new role as ambassador for the Tour n’ Cure campaign to promote the country as a medical tourism destination for Hepatitis C patients.
His first stop after touching down in the country on February 21 was to go and see the Pyramids.

Famed Egyptologist Zahi Hawass received the footballer at the Giza Pyramids complex which boasts the Great Sphinx and the Great Pyramid.

The complex was closed to the public so Messi could tour the area with his expert guide, who has spent the last 30 years raising awareness of archaeology and the preservation of Egypt’s heritage. 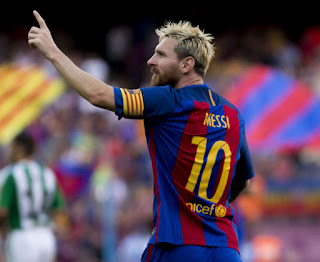 Messi told a satellite TV channel after his visit: “I came here in 2007 but I couldn’t explore the Pyramids like today. Egypt is a country with a big history and I’m happy to visit it.

“It’s great to be at the Pyramids. It was a great moment when I entered the Pyramid and touched its stones. I have touched Egypt’s greatness.”

A fifteen vehicle convoy formed of luxury jeeps, 4x4s and police motorbikes chauffeured the Barcelona forward around during his visit to the north African country. 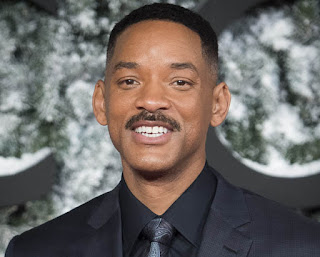 INTELLECTUAL: Will Smith was showed round the Pyramids over the weekend

El Mundo, whose correspondent Francisco Carrion has lived in El Cairo for the past six years, said Dr Hawass had branded Messi a ‘mentecato’ in his TV call, which in English translates as ‘idiot’, ‘fool’ or ‘moron.’

Dr Hawass distanced himself from the Messi ‘moron’ claims last night as he appeared to blame the translator hired for the occasion.

He said in a written statement: “I would like to tell you that I never said that Messi is an idiot at all.

“I think the major problem that when I was talking, the translator did not say all the magic and the mysteries of the pyramids that I was saying.

“Personally, I admire Messi and I never miss a game he plays and I believe he is the best player ever and because I admire and love him I came to see him despite the fact that only a few days earlier I had a surgery for a broken knee and I invite him to come back to Egypt and I will take him for a tour to Luxor and the Valley of the Kings and the tomb of Tutankhamun.”

Asked why he thought El Mundo had not only reported he had claimed on Egyptian TV Messi was a moron, but had quoted him extensively as saying the footballer had not seemed interested in his guided tour to the Pyramids, he added: “I only said the translator may not have explained all that I said because he did not speak English.

“Messi is a great man. I can not and I will never insult him. I admire him.”

No one from Barcelona Football Club was immediately available for comment.