Bulldozers from a neighbouring quarry had entered the Dahshour necropolis site 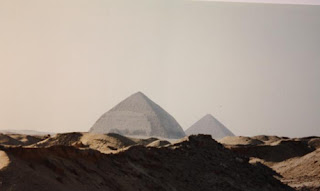 After two days of violations, the Dahshour necropolis, where two pyramids of King Senefru are located, has been restored to its former state.

Alaa El-Shahat, head of the Administrative Centre for Antiquities in Cairo and Giza, told Ahram Online that in collaboration with the Tourism and Antiquities Police, Cairo Governorate, the army forces and General Security, the Ministry of Antiquities has succeeded in removing all recent encroachments made on the archaeological site and its safe zone.

Three days ago, El-Shahat said, bulldozers from a neighbouring quarry entered the Dahshour necropolis site, which is located around 40km south of Cairo.

The ministry has removed the encroachments and the police have caught the criminals who violated the archaeological sites.

The ministry, he continued, will also build a long wall to separate the archaeological site from the neighbouring quarry as well as establishing a small security unit of the Tourism and Antiquities Police in the area adjacent to the quarry in order to prohibit any future encroachment onto the site. 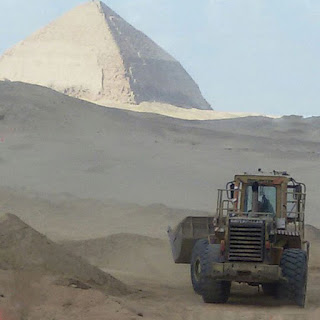