Buildings with a storied past: Eric H. Cline’s love of archaeology is infectious | National Post


Buildings with a storied past: Eric H. Cline's love of archaeology is infectious 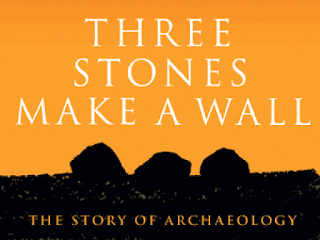 In the most exuberant and self-congratulatory days of Italian fascism, from 1924 to 1938, ancient Rome was a rich source of nationalist propaganda. In the rhetoric of Benito Mussolini, the expansive old empire provided an exciting precedent and a history-charged justification for the modern empire Mussolini was planning to create, first of all in Libya and Ethiopia. "I am a Roman above all," he liked to say. In Mussolini's hands, the distant past became a tool of public relations.

For his own political reasons, Mussolini was so eager to expose archeological evidence from the era of Julius Caesar that he sent crews around the city of Rome, tearing down whole districts and businesses. He posed for a photo wielding a pickaxe, suggesting that he was personally pulling down the buildings. Following Mussolini's orders, the diggers were interested mainly in the really ancient days. They dug through and destroyed the later levels, showing no interest, for example, in the Middle Ages. Violating archeological principles in the name of power, they learned little about the last two millennia.

That story is told in Eric H. Cline's wonderfully engaging new book, Three Stones Make a Wall: The Story of Archaeology (Princeton University Press). A professor at George Washington University in Washington D.C., Cline has written 16 books, including 1177 BC: The Year Civilization Collapsed. He's also spent 30 seasons as a field archaeologist at excavations in Egypt, Israel, Jordan and elsewhere in the Middle East.

Archaeology is going through its greatest period, assisted by a range of technologies allowing researchers to peer deep into the earth for clues or study the revealing patterns of terrain from space. At the same time, the audience for the truths revealed by archaeology grows steadily. It's become part of the entertainment business and a keystone of pleasure travel. At any busy site, you can always find amateurs watching the scholars at work.

The amateurs are the natural audience for Cline's book. Describing archeology of the past or present, he carefully explains his terms and provides enough context to make an unspecialized reader feel at home.

He draws his title from an old saying in his profession: "One stone is a stone; two stones is a feature; three stones is a wall." He remarks that it's an amazing feeling to "start uncovering a line of rocks in an excavation that were set there deliberately by someone long ago."

He remains exhilarated by the surprises that lead to fascinating discoveries, and if the discovery is something the modern world didn't know existed, that makes it more exciting.  He clearly loves the story about the farmers in the Shaanxi Province of central China who were digging a well in 1974: They came upon something that seemed to be a rock, but turned out to be a  sculptured head, which turned out to be attached to a life-sized body equipped for war, which turned out to be one of thousands of similar figures buried in the ground. Along with several hundred sculpted horses and dozens of chariots, they were created around 210 BCE to accompany the first emperor of China, Qin Shihuang, in the afterlife. They were the Terracotta Warriors, one of the sensational archeological finds of the last century.

Qin's own tomb, in a mound 40 metres tall, hasn't yet been excavated. Remote sensing through the ground reveals many chambers. Opening them will be a delicate job and archaeology is waiting for the development of improved technology. An ancient document says the tomb is booby-trapped against unwary grave robbers with cross-bows rigged to shoot any intruder. "We hope to someday see what lies within," Cline says.

Cline especially enjoys telling stories about odd characters who show up on his beat, like Agatha Christie. Out of curiosity she went on a dig in what is now Iraq. She fell in love with one of the professionals, Max (later Sir Max) Mallowan, married him and not only wrote a book about that experience but also wrote a Hercule Poirot mystery, Murder in Mesopotamia, about an archaeological excavation in Iraq; Poirot, luckily on holiday nearby, comes in and solves the mystery, noting in a later book that this experience sharpened his analytical ability.

Christie was 40 and Mallowan was 26 when they married. Later, she said, "An archaeologist is the best husband any woman can have. The older she gets, the more interested he is in her."

Archaeology has developed over the last two centuries into one of the great human sciences. It steadily expands the known history of humans on earth and thickens our knowledge of human diversity. Cline is fortunate to be a leader in this remarkable profession and readers are lucky that he knows how to write about it with precision and joy.