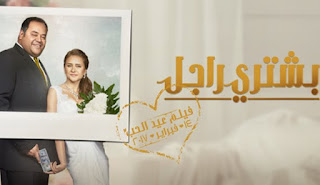 Kareema Abd el-Moniem, an Egyptian in her 30s, decided that she did not want to marry without being in love with her future husband. After a failed engagement, she nonetheless clung to the dream of becoming a mother. She never dreamed that she would see what she was experiencing on the big screen.

One day on Facebook, Moniem came across a video of an Egyptian woman with whom she could relate. The unmarried woman, with her face concealed, was looking for a paid sperm donor so she could have a child without getting married. Moniem later discovered that the video was a promotional piece for the film “Bashtery Raggel” ("Buying a Man"), which was released in Egyptian cinemas Feb. 14, starring Nelly Kareem and Mohamed Mamdouh and directed by Mohamed Aly.

In the film, character Sherihan Nour el-Deen has turned 35 and is no longer interested in marriage after having been unsuccessful in finding lasting love. She therefore turns to Facebook to find a man to marry, so she can use his sperm for in vitro fertilization treatments. In its second week, “Bashtery Ragel” rose to first place at the box office, bringing in 2,177,263 Egyptian pounds ($133,494).

“The theme of the film is shocking to [Egyptian] society,” Inas Lotfy, the film's screenwriter, told Al-Monitor. “It, however, expresses [the desire] of every woman who has turned 30 unmarried. This is when she feels she wants to be a mother and, at the same time, rejects the idea of marrying merely for the sake of avoiding being a ‘spinster.’”

Lotfy added, “Despite the daring idea of the protagonist posting a video on Facebook looking for a man to have a child with for money, it does happen in the real world, as many women accept marriages where the husband is unfit merely to have children with him. The marriage lacks mutual love or respect, but the woman endures all that so that she can become a mother and to avoid being considered a spinster.

“I first got the idea for the film four years ago when I was with a friend of mine who had rejected the idea of marriage because of a series of unsuccessful love relationships she went through. However, she still dreamt of being a mother. I started writing, and when I finished, I didn’t present it to producers because of how daring it was. The script was in my drawer for four years until producer Dina Harb announced that she wanted to produce an unconventional film. Out of 120 ideas presented to Harb, she chose mine.”

The success of the film, according to Lotfy, is allowing women to speak out about their suffering and needs, thanks to social media, through which Egyptian women can express their desires without feeling ashamed or judged, forcing society to accept what they actually want. Lotfy chose to address the issues dealt with in the film in a humorous and romantic manner because, she said, that is the best way to get viewers to go along when presenting daring or shocking ideas.

“The message of the film had to be shocking,” Lotfy explained. “Whoever wants change should not bury their heads in the sand or fear the reactions of others.” Neither Kareem nor Aly accepted payment for their work on the film, deciding instead to donate their fee to help cover production expenses so the film could see the light of day.

In a March 3 press statement, Kareem said, “Since everyone is talking about romance that no longer exists, and because becoming a mother is sought after more than anything else, the message of the film is aimed at youths. The principle of marrying for the sake of becoming a parent is prevalent regardless of the potential for divorce.”

Kareem added, “I’m for love-based marriages. Unlike what the protagonist did, I’m against the idea of having to buy donor sperm from a man to become pregnant amid anxiety over getting older as her fears of menopause rise.”

Aly told Al-Monitor, “What attracted me to the film was that the idea was daring and honest and thoroughly expresses the suffering of women who lack involvement with men but decide not to depend on them and, therefore, become willing to take responsibility for themselves. Therefore, they want a romantic relationship that is based on participation rather than benefits, which are based on being financially dependent on men. There are women who refuse to limit men to financing and bearing offspring. The idea of the film came from [the situation of] a large segment of Egyptian women rejecting marriage for the sole purpose of making babies.”

Aly added, “The idea of the film is shocking, and we expected this [reaction] when the advertisement premiered of the woman seeking to buy donor sperm. However, art has to be shocking if it aims to reform and raise awareness.

“The message of the film got through to the audience because of its comic and romantic approach. I disliked presenting the message in a tragic style, even though it would have been in line with the suffering of a woman who dreams of becoming pregnant to the extent of having to announce that she wants to buy donor sperm. However, this challenge helped break stereotypes even further.”

The theme of “Bashtery Ragel” may be shocking to Egyptians, but for many women it expresses their reality and dreams. 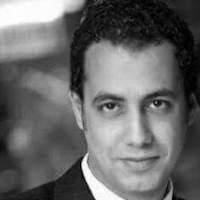 Why is IS targeting Copts in Sinai?

Polish artists turn Cairo's City of the Dead into gallery

Is an 'Arab NATO' in the works?