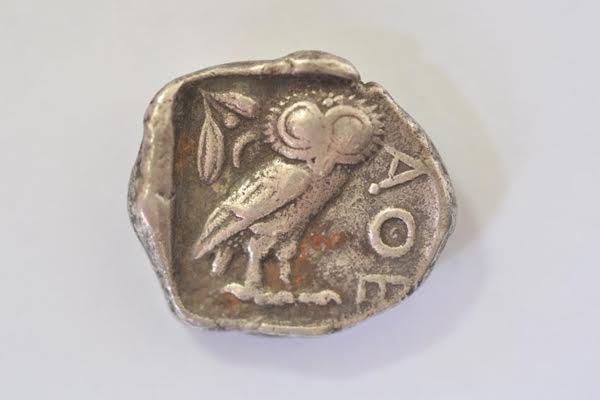 (MENAFN - Daily News Egypt) Following the chain of spotlighting the hidden gems stored in the Grand Egyptian Museum (GEM), the museum is to showcase three rare collections of ancient coins which were used in previous trading eras.

The silver coins differ in size, weight, and carved-on shapes. One of them is a Greek coin belonging to Athens and are known with the Athenian chopped coin.

The antiquities are either stored for years at the Egyptian Museum or have been recently restored, and they are showcased at the entrance of the museum for a week, with a brief about each of them.

For her side, Sabah Abdel Razek, the director of museums at the ministry of antiquities and the general manager of Egyptian Museum said that the primitive coins were used in trade between nations.

She explained that the shape of these coins defined that they were used for trade in early ages, adding that some of them were chopped in a certain way which proves that the coin was used as a measure of the silver as a metal, not as a quantity of a currency.

Furthermore, she also added that some of the displayed coins were from Athens and that they were from the last stage of currency evaluation.

'Some of the coins are chopped in order to make their weight match the trade for goods, which is the way it the trading process was in that era,' she said, according to state-owned media outlet, Al-Ahram.

The displayed Athenian coins have the famous faces of the Athenians, while on the back they show an owl with large eyes.

'Some of them are deeply holed' Abdel Razek said, explaining that it is either a way of testing the metal to make sure it is silver or gold, or a way of stamping the coin to ensure it is worth trading with.

Moreover, Abdel Razek also added that the coins are all silver or gold as they are the only metals that do not rust.