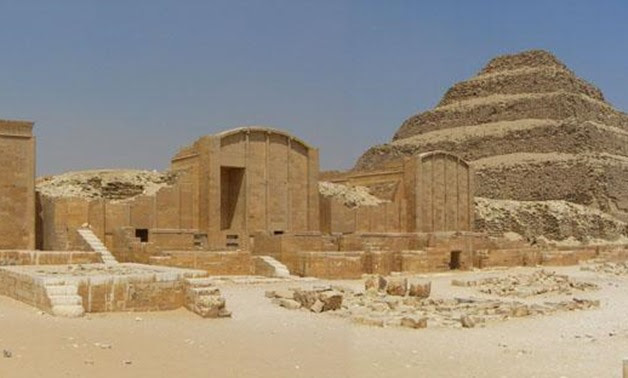 This announcement came during the inauguration of the second conference of Italian Archaeological Missions in Egypt, North Africa and the Middle East, held at Ahmed Pasha Kamal Hall at the ministry's office in Zamalek.

The inauguration was attended by Mostafa Waziri, secretary general of the Supreme Council of Antiquities; and Italian Ambassador to Egypt Giampaolo Cantini, among many other officials.

During the conference, Anani referred to the deep Egyptian-Italian relations and the Italian authorities' support to restore the smuggled artifacts from Egypt.
Meanwhile, Waziri provided details about the latest archaeological discoveries of the Egyptian archaeological mission at several sites, including Karnak Temple, Saqqara, Minya and Dahshour.

On November 10, Anani announced that three tombs dating back to the Pharaonic modern-state era of Egypt and four other ancient ones containing a collection of artifacts, including mummified cats "Bastet", were unearthed at Giza's Saqqara necropolis.

The minister highlighted that this step marks the beginning of a great archaeological discovery in the area, noting that the artifacts are displayed at Imhotep Museum of Saqqara.

The minister made the remarks in a press conference held at Saqqara area to announce details of the new archaeological discovery in the presence of more than 30 foreign ambassadors and heads of foreign archaeological missions operating in Egypt.