The well-preserved tomb was discovered in Saqqara, an ancient city south of Cairo. Officials called it "one of a kind." 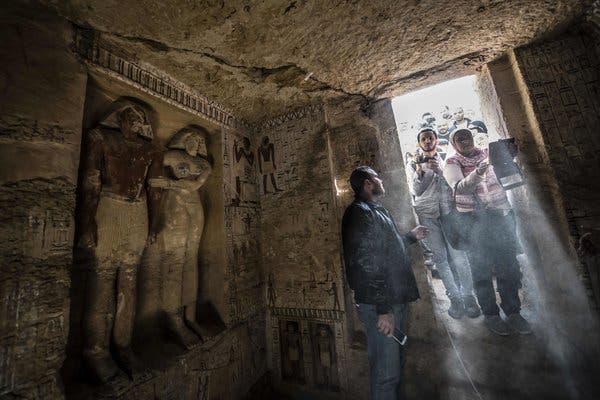 Archaeologists have discovered a well-preserved, 4,400-year-old tomb of a royal priest and his family in Egypt, in a "one of a kind" find, the Egyptian authorities announced on Saturday.

The tomb was unearthed in Saqqara, a city south of Cairo and a vast necropolis from ancient Egypt.

The discovery dates from the rule of Neferirkare Kakai, the third king of the fifth dynasty of ancient Egypt, according to Khaled al-Anani, Egypt's minister of antiquities. The fifth dynasty governed for less than two centuries, from 2,500 B.C. to about 2,350 B.C., according to the Metropolitan Museum of Art.

The tomb had remained untouched, said Mostafa Waziri, the secretary general of Egypt's supreme council of antiquities, according to Reuters.

Its near-perfect condition makes it "one of a kind in the last decade," Mr. Waziri said.

Nearly nine feet tall and 32 feet wide, the tomb has been under excavation since November. The walls are decorated with colorful hieroglyphs and statues of pharaohs, while sculptures of the buried priest and his family were placed in the tomb.

In all, there were 45 statues in the grave.

The authorities suggested that more objects of archaeological significance would be discovered once the excavation of five shafts begins — including the coffin or a sarcophagus of the priest. The work is expected to start in January.

Egypt has had no shortage of archaeological discoveries lately: Among other finds, a 2,000-year-old, perfectly sealed sarcophagus was unearthed in July; the tomb of a prominent priestess was found in February; and the grave of a royal goldsmith was discovered last September. 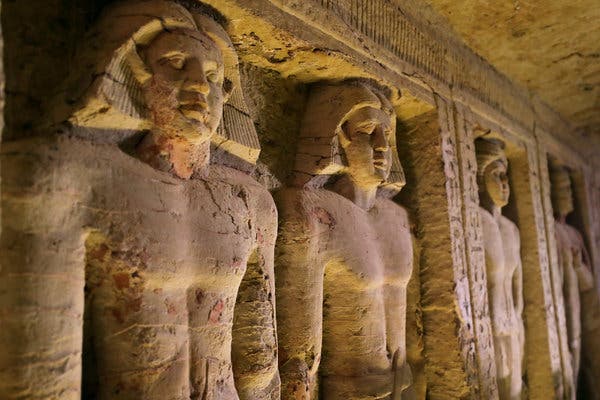 Thousands of years ago, Saqqara, where the latest tomb was found and which is home to the celebrated Step Pyramid, was the cemetery for Memphis, the capital of the Old Kingdom — a necropolis.

In modern times, as archaeologists started to bring the city's dead back to light, it became a tourist attraction, with big crowds admiring its famed pyramids and the remnants of an astonishing ancient civilization. 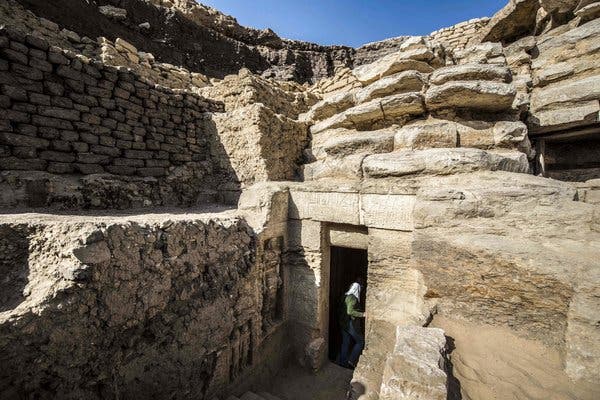 But visitors haven't been flocking there in the same numbers since the 2011 uprising against then-President Hosni Mubarak. Political problems, and the bombings and terrorist attacks that followed, have made the country an unattractive destination for vacationers.

The authorities hope that the discoveries will help rebrand Egypt's image as a tourist destination.