Scientists at Northwestern University have used a high-energy particle accelerator for the first time to peer inside a mummy. The Egyptian mummy belongs to a girl that was five years old at the time of her death, about 1,900 years ago in Egypt. The analysis revealed unique details about the girl and burial process, such the quality of her bones and what items were placed inside her remains, without causing any damage to the mummy itself. 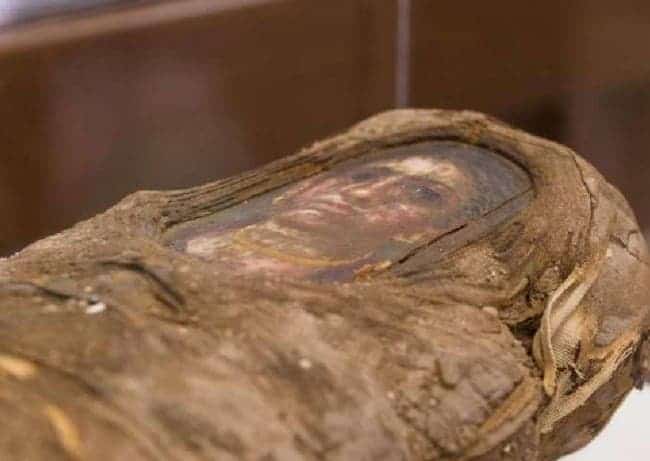 The team carefully moved the mummy from the Garrett-Evangelical Theological Seminary on Northwestern's Evanston campus to Argonne National Laboratory, which houses the brightest source of X-ray in the Western hemisphere — the extremely brilliant high-energy synchrotron at Argonne's Advanced Photon Source. It was the first study of its kind performed on a human mummy. Typically, this instrument is used for physics experiments, but the same method can be used to peer through organic material without deteriorating samples. The pencil-shaped X-ray beam — which is has twice the diameter of a human hair — was shined on areas of high density in the mummy, producing X-ray diffraction patterns.

Researchers used these 'fingerprints' to identify crystalline materials inside the mummy. For instance, they found wires in the mummy's teeth and a small, mysterious object wrapped to the stomach, which looks like a stone. Inside the skull, ancient embalmers seem to have placed shards of an object likely made of tar after the brain was removed.

"This is a unique experiment, a 3-D puzzle," said Stuart Stock, Northwestern University Feinberg School of Medicine. "We have confirmed that the shards in the brain cavity are likely solidified pitch, not a crystalline material." 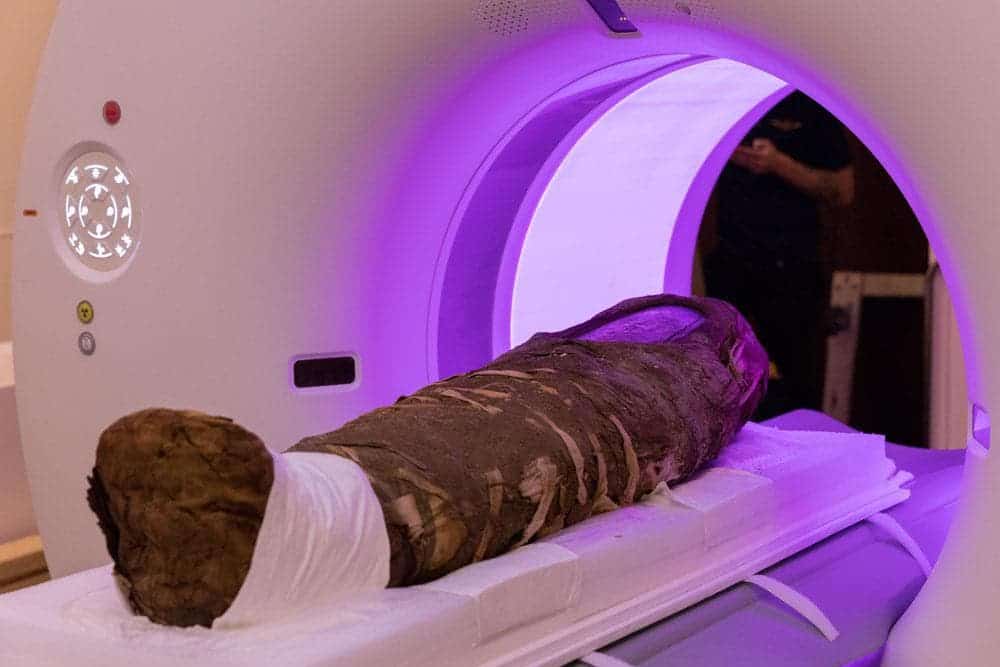 About three feet long, the little Egyptian girl's body is swaddled in linen with the outermost wrappings arranged in an intricate, ornate geometric pattern. The overlapping rhomboid linen serves to frame a portrait of the girl painted in the Roman-Egyptian style. She is just one of only 100 such portrait mummies found in the world. These are significantly different from the more familiar Egyptian mummies, which usually features three-dimensional, sculpture-style faces.

"Intact portrait mummies are exceedingly rare, and to have one here on campus was revelatory for the class and exhibition," said Marc Walton, a research professor of materials science and engineering at Northwestern's McCormick School of Engineering.

"This is a once-in-a-lifetime opportunity for our undergraduate students — and for me — to work at understanding the whole object that is this girl mummy," Walton said. "Today's powerful analytical tools allow us to nondestructively do the archaeology scientists couldn't do 100 years ago."

The study allowed the team to create a 3-D map of the mummy's structure, helping them confirm the girl was 5 years old, give or take nine months, at the time of embalming. By knowing more about how she died and how she was prepared after death, scholars can now paint a more accurate picture of how this rare technique panned out thousands of years ago. Some of the findings could have never been possible were it not for pioneering work at the intersection of various fields of study and with the help of cutting-edge technology.

"We're basically able to go back to an excavation that happened more than 100 years ago and reconstruct it with our contemporary analysis techniques," Walton said. "All the information we find will help us enrich the entire historic context of this young girl mummy and the Roman period in Egypt."