Ancient Meets Contemporary Art At The Egyptian Museum In Cairo


Ancient Meets Contemporary Art At The Egyptian Museum In Cairo 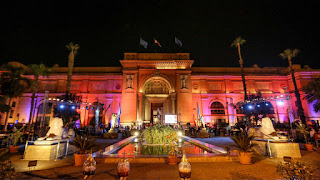 Courtesy of Art D'Égypte
An exterior view of the Egyptian Museum

They say no visit to Egypt is complete without a trip through the galleries of the Egyptian Museum. Filled with approximately 160,000 objects covering 5,000 years of Egyptian history including an entire floor dedicated to the breathtaking contents of just one tomb – of King Tutankhamen – the museum is already a treasure trove for those who appreciate visual art. But for one night only, on 28 October 2017, an exhibition of work from 16 of Egypt's foremost contemporary artists was placed within the atrium of the museum alongside some of the ancient Pharaonic artefacts.

The entire initiative, Eternal Light: Something Old, Something New, was organised by Art D'Egypte, a locally-based art consultancy in collaboration with the Ministry of Antiquities in Cairo. It was aimed at underlining the deep cultural and historical roots at the heart of Egyptian culture as well as charting the influence of the country's visual language from pre-historic times until the present day. The dialogue between the ancient and contemporary was clearly present and elements of each work were highlighted by the venture. For example, the repeated image of the ibis bird in Adel El Siwi's mixed media work Ibis Assemblage (2014) became strikingly more relevant. The ibis is one of the most recognisable sacred creatures in ancient Egyptian culture and in this artwork, it appears nine times in a grid structure that recalls the layout of ancient paintings on display in the surrounding galleries. 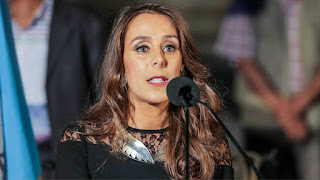 Khaled Hafez, an artist well known for using Pharaonic iconography in his bold and colourful pieces, depicted the sky goddess Nut in his piece Divine Classico (2016), which came to life in the context of the museum and the three small clay models by Ghada Amer evoked the feminine forms of the ancient Egyptian Shabti figures, which are small mummiform figurines placed in the tombs to protect the dead in the afterlife. Amer, one of only two female artists in the exhibition, presented her small glazed ceramic works from her Thought (2017) series. Her vibrantly painted works were strikingly placed between two black granite pyramids endowing them prominence and adding to the exhibition's dramatic allure.

The spotlight of the evening went to Youssef Nabil, who had four photographic self-portraits suspended from the ceiling, hanging between the large columns of the museum's inner walls. Like all of the artworks displayed, these were marvellously lit (by Philips who spent 1.5m EGP on the task of illuminating the museum for the event). Nabil, who has not exhibited in Egypt for 13 years said it was an opportunity he could not turn down. "For me, this museum is one of the most magical places in Cairo and as I have not exhibited for such a long time that I couldn't think of saying anything but yes when I was invited to show here," he said. "Also, the idea of being recognised and appreciated by my own people feels good. Art is always the best medium of showing the best side of Egypt and so it gives me pleasure to support this initiative." 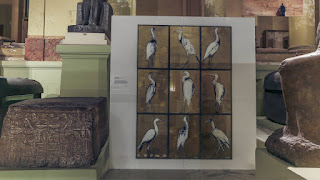 After the evening event, the artworks were moved to the Nile Ritz Carlton hotel next door where they joined a larger exhibition, which was introduced the following morning with a series of short talks from art experts. Dr Gemma Tully, an archaeologist from the UK who wrote a thesis on the links between contemporary and ancient Egyptian art described the initiative as a way to liberate the way we think about ancient artefacts. "Only when you see the historical and modern objects side by side can they truly speak to each other as well as challenge stereotypes and this is a really powerful approach because it really does have the ability to change perceptions," she said.

One of the event's triumphs was its ability to bring hundreds of people from within Egypt and across the international community together encouraging them to interact with art in different ways. It was also an invaluable opportunity to trigger support and investment in the arts, something from which Egypt will greatly benefit. 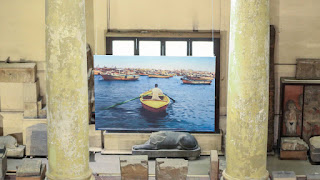 Mohamed Elshahed, curator of Modern Egypt art for the British Museum, based between Cairo and London said that one of the most important aspects of the event was the social side. "It has brought an energy that the space has maybe not seen before," he said. "There might have been moments in the 1950s during Gamal Abdul Nasser's time when this might have happened but they are not documented so we don't know the history of the social space of the museum. So, to many people this is the first time something like this has happened in their lifetime and as much as I am happy about that, I wish that it would have happened earlier and was a regular thing. We need these kinds of connections in Egypt between cultural institutions and potential patrons and collectors. It is a fantastic opportunity to build relationships."