The 150-strong delegation from the Egyptian Diplomatic Club was given a presentation on the GEM's construction history and a preview of the planned displays, including the complete treasures of Tutankhamun 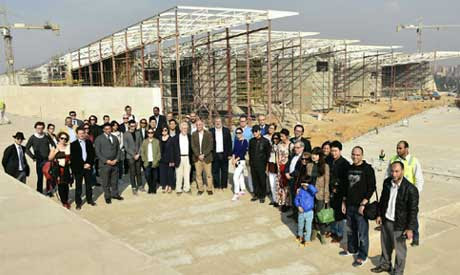 A delegation of foreign diplomats visited the site of the Grand Egyptian Museum (GEM) on Sunday, inspecting the ongoing construction work in an effort raise the project's profile ahead of its opening in 2018.

The 150 diplomats from the Egyptian Diplomatic Club were given a guided tour of the site overlooking the Giza Plateau, including the conservation and research center and the main building, which is still being built.

They began their visit with a minute's silence to mourn the victims of Friday's terrorist attack at Al-Rawda Mosque in North Sinai.

The delegation was provided with a presentation on the GEM's construction, which started in the early 2000s, as well as the Ministry of Antiquities' plan to open the museum in 2018.

Tawfik said the world is awaiting the opening of the GEM, which will display the complete collection of King Tutankhamun's treasures for the first time since his tomb was discovered in 1922. The treasures are currently stored in the Egyptian Museum in Cairo's Tahrir Square.

The GEM project is intended to provide a modern and spacious venue for the display of Egypt's antiquities, many of which are stored at the museum in Tahrir Square. 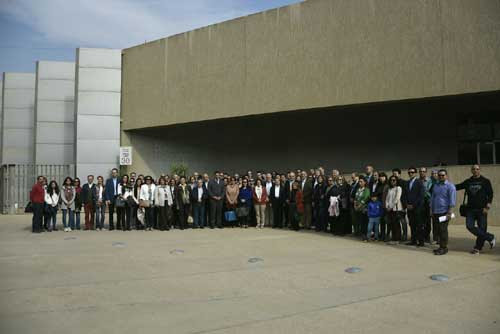