Follow the above link to view a video of pages of the book. (Arabic narration.) 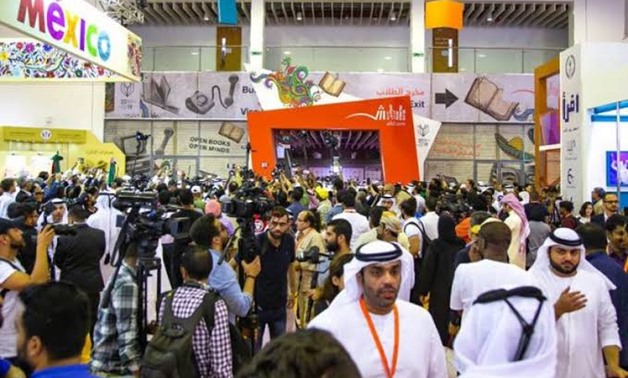 The book was written by photographer Maxime du Camp, and is titled "Egypt, Nubia, Palestine and Syria." The book includes photographs collected during the years 1849, 1850 and 1851.

Du Camp earned his fame as a photographer rather than a writer as he returned from his oriental tour with over 200 photographs. He was also assigned with an archaeological mission to fulfill the Europeans' passion about ancient Egypt and the Holy Land. Du Camp embarked on a photographic trip in the Nile Basin and Palestine, returning with 125 rare pictures.

It is worth mentioning that Sharjah International Book Fair comes in participation with Nobel laureates for literature, and international Academy-Award winning filmmakers. The book fair comes under the slogan "Open books ... Open minds."

In its 39th edition, the book fair presents a variety of events; some 350 cultural events will be organized and carried out by 90 distinguished personalities from 28 countries. In addition, 409 events focusing on children will be held by 28 guests from 13 countries, and the Culinary Corner will hold 48 events performed by 15 chefs from nine countries.