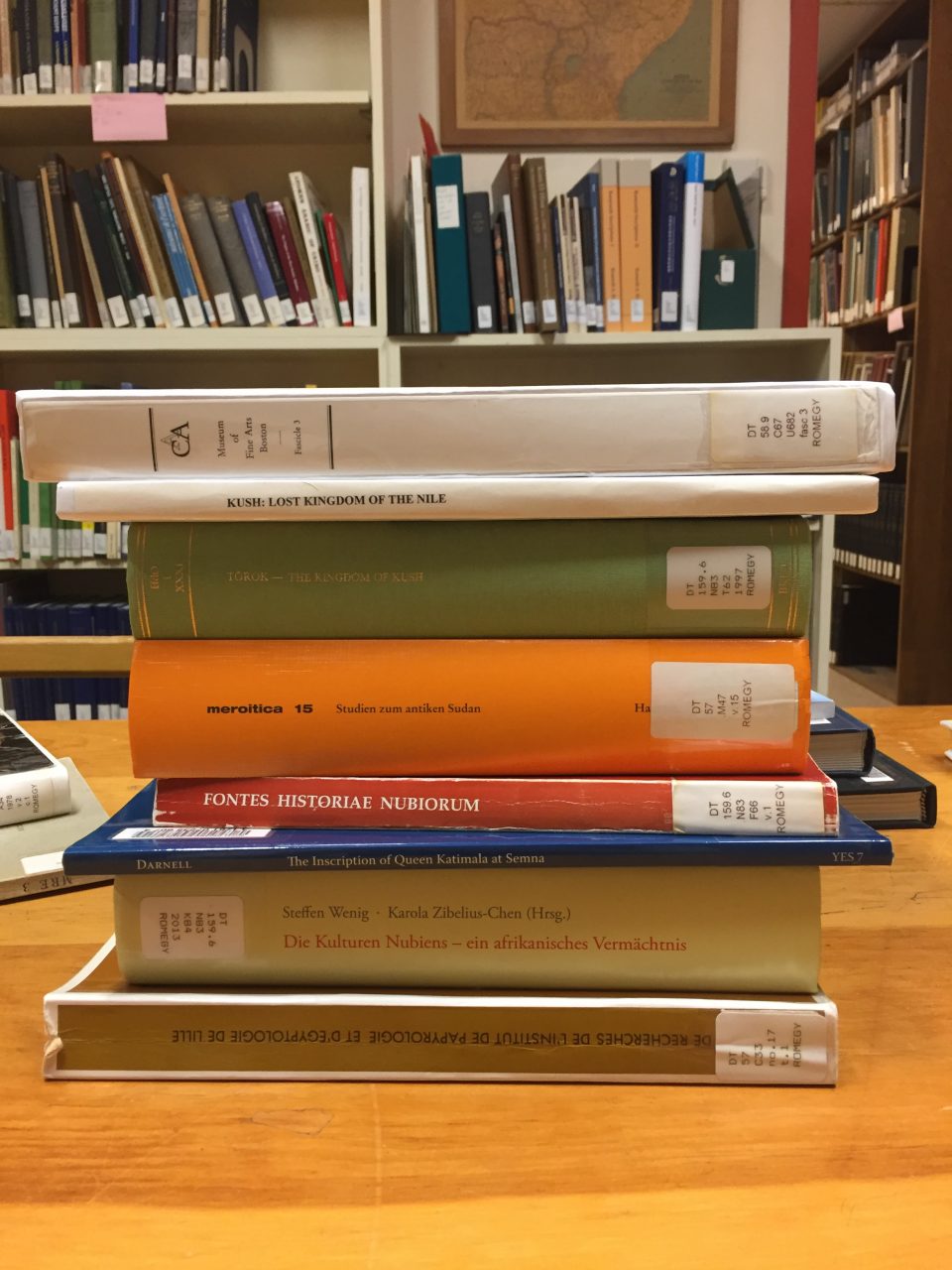 Every two months the Nile Scribes update our readers on the most recent Egyptological publications. From popular reads to peer-reviewed scholarship, we hope to illustrate the wide variety of topics discussed in Egyptology, and perhaps introduce you to your next read! Below are 10 books that were released this summer (July and August).

Did you read our post on new books from earlier this summer? 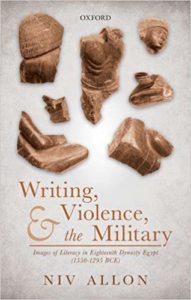 Writing, Violence, and the Military: Images of Literacy in Eighteenth Dynasty Egypt (1550-1295 BCE)

Writing, Violence, and the Military takes representations of reading and writing in Eighteenth Dynasty Egypt (ca. 1550-1295 BCE) as its point of departure, asking how patrons of art conceptualized literacy and how in turn they positioned themselves with respect to it. Exploring statuary and tomb art through the prism of self-representation and group formation, it makes three claims. Firstly, that the elite of this period held a variety of notions regarding literacy, among which violence and memory are most prominent. Secondly, that among the Eighteenth Dynasty elite, literacy found its strongest advocates among men whose careers brought them to engage with the military, either as military officials or as civil administrators who accompanied the army beyond the borders of Egypt. Finally, that Haremhab – the General in Chief who later ascended the throne – voiced unique views regarding literacy that arose from his career as an elite military official, and thus from his social world. 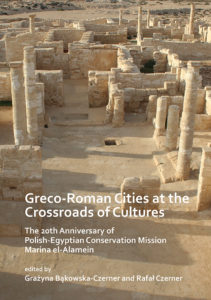 Greco-Roman Cities at the Crossroads of Cultures: The 20th Anniversary of Polish-Egyptian Conservation Mission Marina el-Alamein

Greco-Roman Cities at the Crossroads of Cultures: The 20th Anniversary of Polish- Egyptian Conservation Mission Marina el-Alamein presents papers ranging from ancient Mauritania, through Africa, Egypt, Cyprus, Palestine, Syria, as well as sites in Crimea and Georgia. The topography of cities, architecture of public buildings, as well as houses and their décor – architectural, sculptured and painted – are presented. Religious syncretism and the importance of ancient texts are discussed. Studies on pottery are also presented. The volume includes studies on the conservation of architecture, sculpture and painting. Several articles are devoted to the study of Marina el-Alamein; others talk about ancient Alexandria, Deir el- Bahari, Hermopolis Magna, Bakchias, Pelusium, Kom Wasit, Berenike, Ptolemais, Apollonia, Palmyra, Nea Paphos, as well as Chersonesus Taurica and Apsarus. 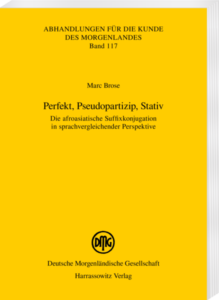 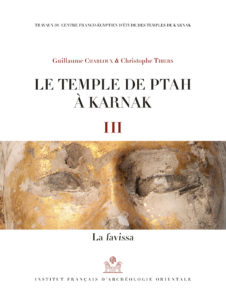 In December 2014, excavation near the temple of Ptah in Karnak uncovered a favissa –a pit filled with objects– dug a few meters behind the shrine of the god. The pit contained thirty-eight objects, statues, statuettes and statuary elements, in limestone, greywacke, copper alloy and Egyptian frit, sometimes gilded. The visualization and analysis of the favissa filling has been made possible by the use of modern photogrammetric survey, and 3D modeling methods. Dug at the end of the Ptolemaic Period, the pit housed a New Kingdom broken statue of the god Ptah, surrounded by religious artefacts and many Osirian bronzes, most of the objects dating back to the Third Intermediate Period and the Late Period (especially 25th and 26th Dynasties). The analysis and the interpretation of the data lead, in this volume, to look at the Egyptian sacred caches as a whole, and to consider the present deposit as a testimony of the burial of a statue of the god Ptah in an Osirian ritual context. 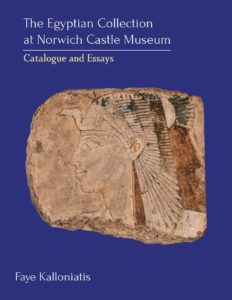 The Egyptian Collection at Norwich Castle Museum: Catalogue and Essays

The Egyptian Collection at Norwich Castle Museum represents the first full publication of this important collection which contains several outstanding objects. Part 1 begins with an outline of the acquisition history of the Egyptian collection and its display within Norwich Castle in 1894, when it was converted from a prison to a museum. The collection was largely acquired between the nineteenth and first part of the twentieth centuries. Its most prominent donor was Flaxman Spurrell, whose varied collection of flints, faience beads and necklaces as well as Late Antique cloths was obtained from Sir Flinders Petrie. Also prominent was the Norwich-based Colman family, most notable for its manufacture of mustard, whose collection was purchased in Egypt during the late-C19. Also included in this part are essays on several of the museum's outstanding items – Ipu's shroud, a rare early 18th Dynasty example with fragments also held in Cairo; the 22nd Dynasty finely decorated and well-preserved cartonnage and wooden lid of the priest, Ankh-hor; and the exceptional model granary of Nile clay painted with lively scenes, one showing the owner, Intef, playing senet. Part 2 is a detailed catalogue of the complete collection. It is organised into sections with objects grouped together mainly according to type – stelae, shabtis, scarabs, jewellery, amulets, vessels, flints, lamps, inscribed Book of the Dead fragments, metal figurines, and Late Antique cloths; and also according to function – such as cosmetics& grooming, and architectural & furniture elements. The inscribed materials have all been translated and individual entries give examples or parallels. Seventy colour plates illustrate each object. 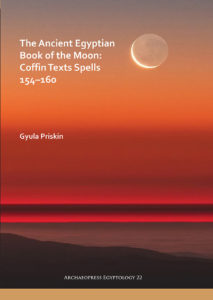 The Ancient Egyptian Book of the Moon: Coffin Texts Spells 154–160

The Ancient Egyptian Book of the Moon proposes that Coffin Texts spells 154–160, recorded at around the beginning of the 2nd millennium BCE, form the oldest composition about the moon in ancient Egypt and, for that matter, in the entire world. The detailed analysis of these spells, based on a new translation, reveals that they provide a chronologically ordered account of the phenomena of a lunar month. It is argued that through a wide variety of mythological allusions, the separate texts – following an introduction which explains the origins of the month (spell 154) – describe the successive stages of the monthly cycle: the period of invisibility (spell 155), waxing (spell 156), events around the full moon (spell 157), waning (spell 158), the arrival of the last crescent at the eastern horizon (spell 159), and again the conjunction of the sun and the moon when a solar eclipse occurs (spell 160). After highlighting the possible lunar connotations of each spell, further chapters in the book investigate the origins of the composition, its different manuscripts preserved on coffins coming from Hermopolis and Asyut, and the survival of the spells in the later mortuary collection known as the Book of Going Forth by Day. 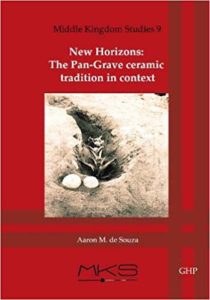 This volume serves as a catalog and handbook for the description for Pan-Grave ceramics, and that considers the Pan-Grave tradition and its ceramic production within the broader socio-cultural framework of Ancient Egypt and Nubia during the mid-Second Millennium BC. 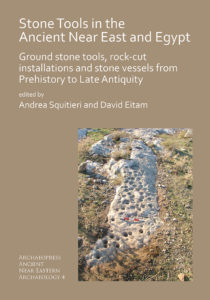 Stone Tools in the Ancient Near East and Egypt

Stone Tools in the Ancient Near East and Egypt: Ground stone tools, rock-cut installations and stone vessels from Prehistory to Late Antiquity is about groundstone tools, stone vessels, and devices carved into rock throughout the Near East and Egypt from Prehistory to the late periods. These categories of objects have too often been overlooked by archaeologists, despite their frequent occurrence in the archaeological record. Most importantly, a careful study of these tools reveals crucial insights into ancient societies. From the procuring of raw materials to patterns of use and discard, they provide us with a wealth of information about the activities they were involved in and how these activities were organised. These tools reveal patterns in the trade of both raw materials and finished products, inform us about economic aspects of food production and consumption, cast light on industrial activities, help establish intercultural connections, and offer hints about the relationship between sites and their environment. The aim of this book is to explore all aspects of these ubiquitous tools and to stimulate debate about the new methodologies needed to approach this material. 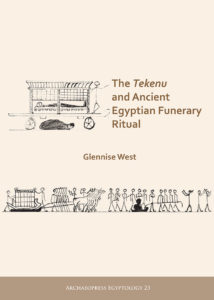 What is the Tekenu? What was its function? What are its origins? These are questions upon which Egyptologists have long pondered. However, Egyptologists, until now, have avoided any major work on the topic. Previous treatments of the Tekenu largely adopt a selective approach focusing on a specific form. Rarely has the Tekenu been examined profoundly in all of its forms or contexts with its possible origins commented upon merely in passing. The aim of The Tekenu and Ancient Egyptian Funerary Ritual is to provide a provocative examination and interpretation of the Tekenu in an endeavour to proffer plausible answers hitherto eluding scholars. Attested from the Fifth Dynasty until, and including the Saite Period, the Tekenu is a puzzling icon which is depicted within the funerary scenes in the tombs of some ancient Egyptian nobles. In this work four distinct types of Tekenu are identified and classified and then a Corpus Catalogue is formed. The Tekenu is appraised within the context of the wall scene. Two tombs are dealt with in greater detail. 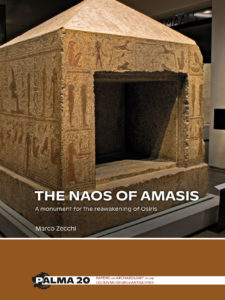 The naos of Amasis: A monument for the reawakening of Osiris

The naos AM 107 of the Museum of Antiquities in Leiden was made by order of king Amasis in the 6th century BC, a period that saw an intense production of monolithic shrines. Despite its unimpressive dimensions, the naos of Leiden stands out for its originality. What is particularly interesting about this monument is that its distinctiveness is strictly connected to the nature of its recipient.

Amasis dedicated the naos to Osiris Hemag, one of the most important and enigmatic Osirian forms of the first millennium BC. Osiris Hemag represents Osiris at a crucial moment of his existence: his reawakening. It was precisely this aspect of the god that strongly influenced both the shape and the decoration of the naos, creating a unique effect. Indeed, this is the only Egyptian naos showing on its surfaces groups of guardian-deities who had the task to protect the body of Osiris and to assist him in his rebirth and rejuvenation. This naos is not only a shrine housing a statue of Osiris Hemag, but also a monument conveying a new definition of the god and new ideas concerning his rebirth.