The Chicago Archaeologist Who Changed the Way We Study Civilization 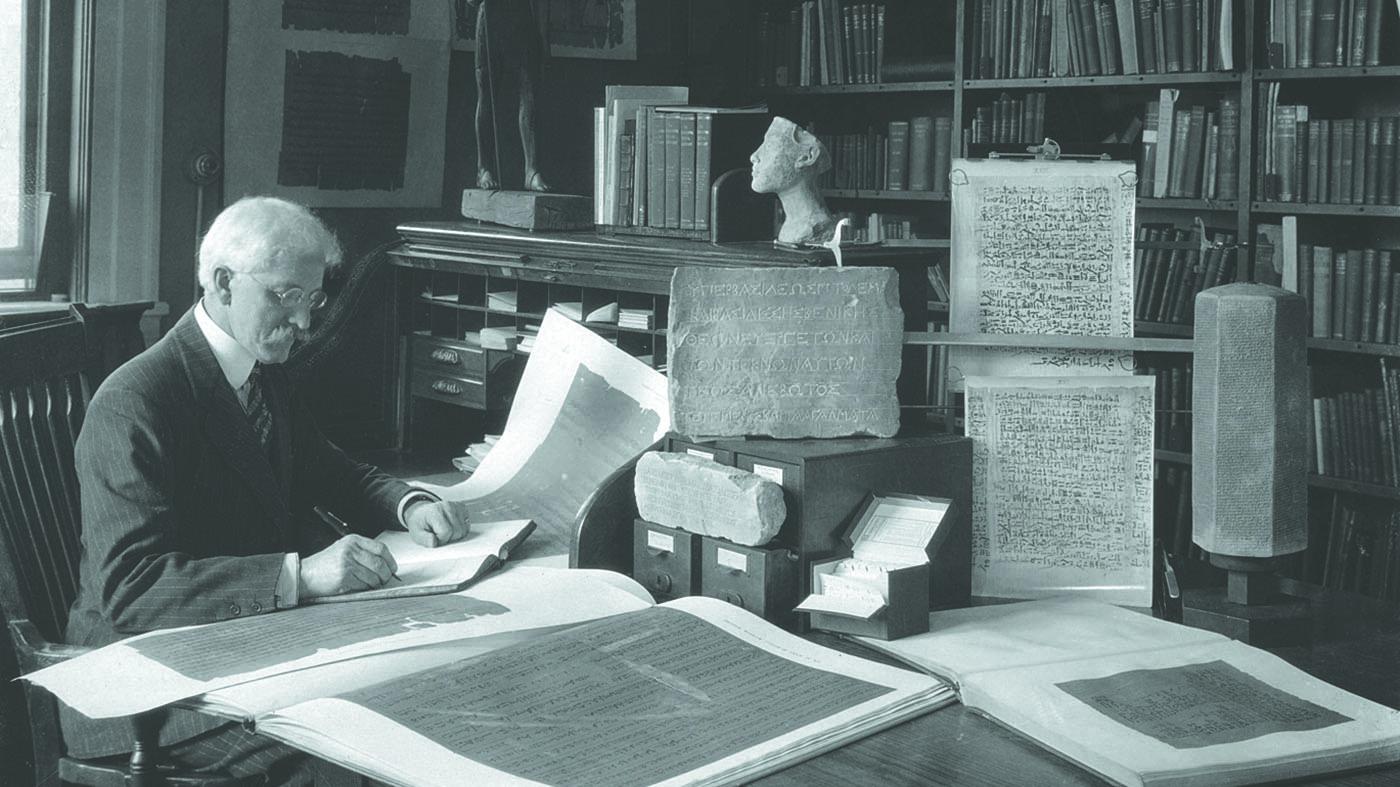 James Henry Breasted was the first archaeologist named to the National Academy of Sciences. Image: Courtesy of the Oriental Institute

In 1919, a Chicago man with an opulent handlebar mustache had a radical idea. That man was James Henry Breasted, founder of the Oriental Institute (OI) at the University of Chicago. His radical idea was that scholars should look toward the ancient Middle East, rather than only examining ancient Greece or Rome, to understand the story of western civilization. Now, 100 years later, OI is celebrating its past by looking toward its future.

Breasted was born in 1865 in Rockford, Illinois. He began studying Egyptology at graduate school at the University of Berlin, becoming the first American to hold a PhD in the subject. He started teaching at the University of Chicago in 1894. In addition to his interest in the ancient Middle East, he could read, write, or speak several languages, including Greek, Latin, Aramaic, Syriac, Assyrian, Ancient Egyptian, and more.

"He was an individual of great vision," Evans said, "He thought that the West should be looking to the Orient, or to the East, for the origins of Western civilization. This was a radical idea, because it was more typical to think that Western civilization began in Greece and Rome." 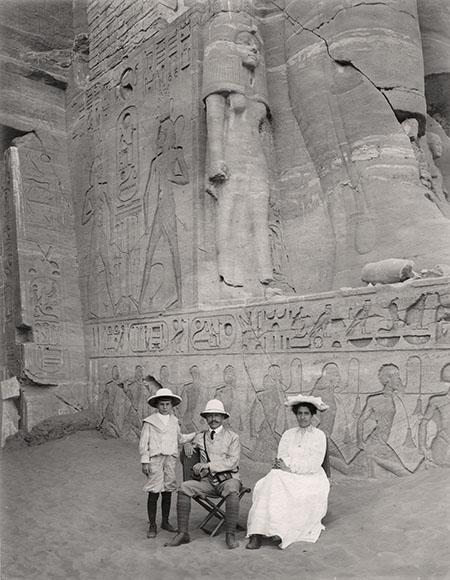 In 1906, James Henry Breasted traveled with his family to Abu Simbel, an archaeological site in Egypt. Image: Courtesy of the Oriental Institute

Breasted kicked off the founding of OI with a yearlong field expedition in Egypt, Bombay, and Mesopotamia (including parts of modern-day Iraq and Syria). He actually coined the term "Fertile Crescent" —the crescent-shaped area spanning modern-day Iraq, Israel, Syria, Lebanon, and Egypt where agriculture first started to emerge, allowing for the development of some of the first civilizations—which is still used in textbooks today.

In his travels, he collected hundreds of objects, which the OI began to display in the museum when it opened in 1931. The museum's art deco-style architecture, said Evans, includes nods to the ancient Middle East, including Assyrian guardian lions at the bottom of a staircase and lights modeled after ceramics found in Cyprus. Breasted's artifacts are still among the collection of some 350,000 objects housed at the museum today.

There was an adventurous, as well as difficult and dangerous, element to Breasted's field work. At times his work took him into war zones or deep into the desert. Evans said this inspired the lore that Indiana Jones, "the most famous fictional student from the University of Chicago," was based on Breasted.

At the time, Breasted hired archaeologists for the sole purpose of spending six months or even years at a research site—a different approach from archaeologists today, who may spend a few months at a site while teaching the rest of the year.

"This was the era of big archaeology," said Evans. "It paved the way towards a more scientific refinement of archaeology in the mid-20th century." Breasted was the first archaeologist to be admitted to the prestigious National Academy of Sciences, which gave the field a newfound legitimacy. He died in 1935 of a streptococcus infection.

As it celebrates its 100th anniversary, OI carries on much of what Breasted started. The Oriental Institute Museum just completed a multi-million-dollar gallery renovation project. Part of the new installation includes displays of contemporary art, including art by Syrian-born Mohamad Hafez, whose work depicts suffering and loss in Syria amid that country's civil war.

"These are the concerns not just for archaeology and the study of the past, but these are concerns that we should all have for the people living in the region and for the cultural heritage," Evans said. 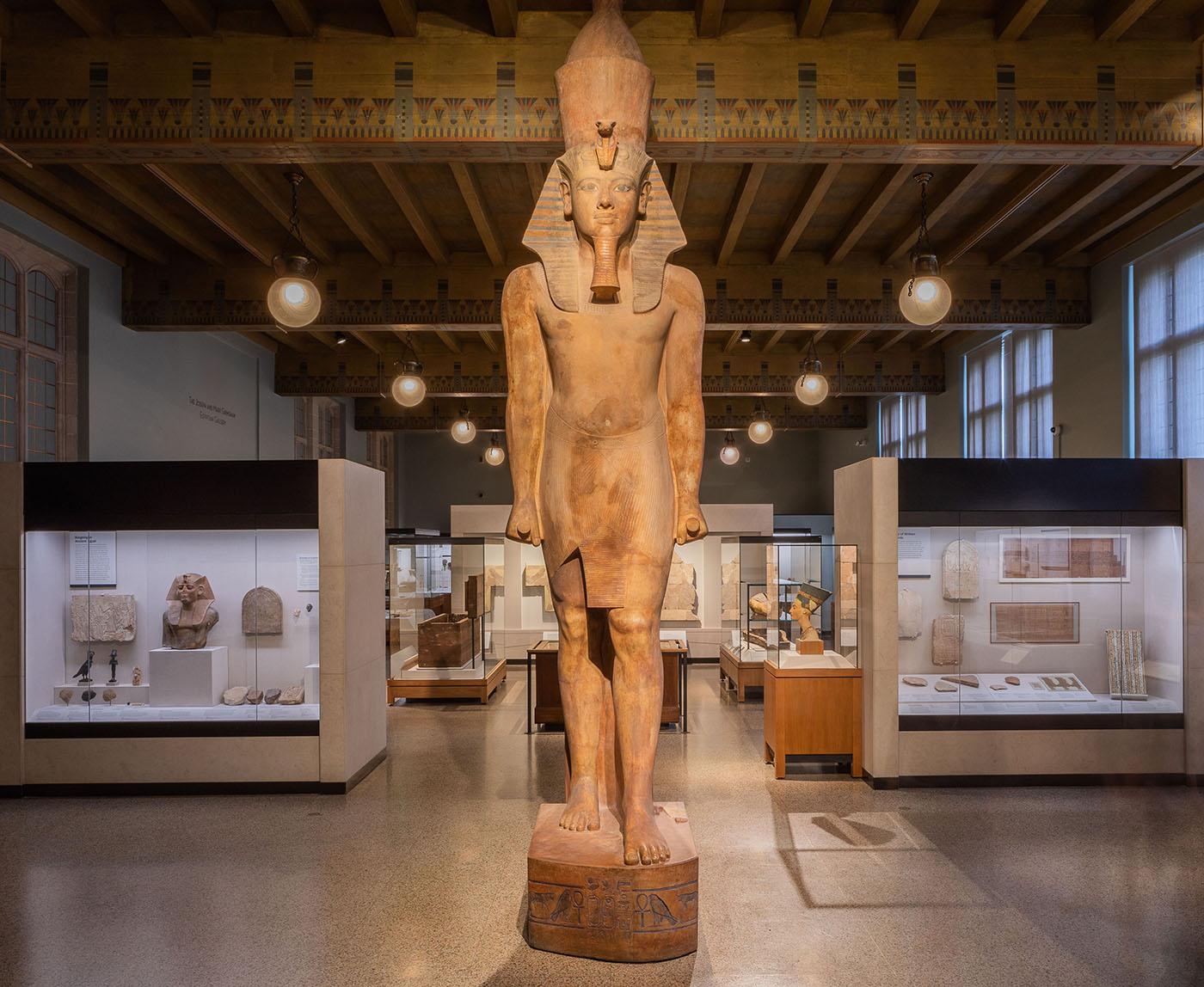 In addition to its new installations, OI continues to showcase the artifacts of the ancient Middle East, like a 40-ton stone sculpture of a human-headed winged bull or a statue of King Tut. But in addition to these "things you can't miss," Evans said there are also "things you shouldn't miss," like the smaller, everyday artifacts that offer a snapshot of daily life in ancient times—like a necklace with a scorpion carved into a set of feet, meant to ward off scorpion stings.

OI also continues its academic study of ancient cultures, as in the Chicago Assyrian Dictionary, a comprehensive dictionary of the dialects of the Akkadian language that Breasted started in 1921, then took 90 years to complete. For this and other reasons, Evans thinks Breasted would be happy with the direction his institute has taken 100 years later.

"We want to engage with even more people than we have in the past," Evans said. "The more people you have excited about a field, the more vibrant it is, and the more you guarantee its future."