Show me the mummy: the undying allure of ancient Egypt | Culture | The Guardian

Show me the mummy: the undying allure of ancient Egypt

Paris's Tutankhamun exhibition is a record-breaking hit – but scarabs, pharaohs and man-eating monsters have been thrilling us for centuries 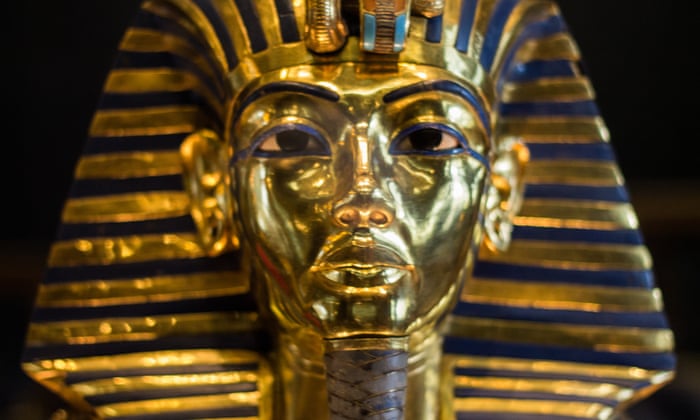 Paris's current mania for Tutankhamun should come as no surprise. The Grande Halle de la Villette exhibition of 150 objects found in the tomb of the ancient Egyptian pharaoh is now France's most-visited exhibition ever, having attracted over 1.3 million visitors. Many of the objects on show – "wonderful things", in Howard Carter's words, including mini-coffins, a gilded bed and a calcite vase – have left Egypt for the first time for the Treasures of the Pharaoh exhibition, which will move to London's Saatchi Gallery in November.

The exhibition's popularity echoes the wave of "Tut-mania" that swept the west almost 100 years ago when Carter first discovered the boy-king's tomb. Suddenly everyone seemed interested in Egyptology, evident in the fashions, arts, culture and advertising of the time, and most enduringly in art-deco architecture such as the Chrysler building in New York – especially its distinctive elevator doors – and the Carreras Cigarette Factory in London, with its line of sleek black cats guarding the entrance. US president Herbert Hoover named his dog King Tut, and there were calls for the extension of the London Underground's Northern Line that linked Tooting and Camden Town to be named Tutancamden.

There had been a similar wave of interest in the 19th century following Napoleon's military campaign in Egypt and Syria, which included a group of scientists and other experts – one of whom discovered the Rosetta Stone during the trip.

I can well understand this fascination; an Egyptian exhibition in London in 2010 transformed what became my novel The Weighing of the Heart. The book's narrator, Nick, is a young British man who steals a work of art from the study of his rich landladies on New York's Upper East Side. The stolen piece is an ancient Egyptian scene, and as the stress of the theft starts to work on Nick and his girlfriend Lydia, its imagery starts to come to life around them, although it's unclear whether this is really happening or is all in Nick's head.

But originally the artwork they steal wasn't an Ancient Egyptian scene at all; it was a piece of 1960s pop art. Not long after I had started working on the book I visited an exhibition at the British Museum called The Ancient Egyptian Book of the Dead, about what the ancient Egyptians believed happened to you when you die, and had a moment of inspiration.

The Egyptians believed in a ceremony called "the weighing of the heart", similar in some ways to the Christian idea of St Peter standing at the gates of Heaven, deciding whether or not you have lived a worthy enough life to come in. In the Egyptian version, Anubis, the god of embalming, presides over a set of scales with the heart of the dead person on one side and a feather on the other. If the heart is in balance with the feather, you go to Heaven, which the Egyptians called the Field of Reeds. But if your heart is heavier than the feather, you get eaten by a the Devourer, a creature with the head of a crocodile, the body of a lion and the back legs of a hippopotamus.
An ancient artefact is inspected by British Museum staff in 1972. 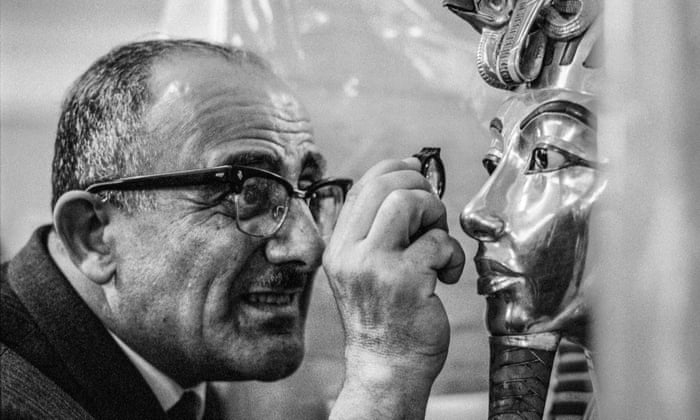 The Ancient Egyptians believed the heart – not the brain – was the home of a person's mind and conscience and memory. One thing they were afraid of was that the heart would try to grass you up during this ceremony – that it would speak up and reveal your worst sins to Anubis. You could prevent this from happening by keeping hold of a little "heart scarab".

I was spellbound by this ornate mythology. I loved the way it was so familiar in its overall concept but so strange in its details. And I suddenly realised that the painting Nick and Lydia should steal should be an image of this ceremony, the weighing of the heart. It was fitting because the book is essentially about guilt and innocence; it's about you weighing up as a reader how much you trust Nick as a narrator, and it's about the people around him weighing up how much they trust him. I hope that I found a way to knit all that imagery into the book effectively.

Once I'd settled on this, there was a strange coincidence – only slightly less dramatic than the so-called "curse of Tutankhamun", the mysterious deaths of a number of people connected with the pharaoh's tomb. When looking for someone to create the book's artwork, I discovered an artist named James Puttnam who used to work for the British Museum and had become quite well-known for his reproductions of ancient Egyptian scenes. I ended up basing my artist, Edward Hazlemere, partially on him.

And at one point in The Weighing of the Heart Nick recalls a school trip to the British Museum, suggesting he may have stolen one of protective heart scarabs from there. I wanted to get the details right, so I looked through the British Museum's collection of scarabs on their website and identified the one that best fitted the bill. I went to the museum to take a look at it in person. But when I got there and found the case where this scarab was supposed to be, the space for it was empty. Instead of the object itself there was just a note on the wall that said: "Heart scarab (lost)". Just like in my book, the scarab was gone.

I'll be at the Treasures of the Pharaoh exhibition when it arrives in London to see if the one buried with Tutankhamun has fared any better.

Paul Tudor Owen's debut novel The Weighing of the Heart is published by Obliterati Press and has been nominated for the People's Book prize 2019 and the Not the Booker prize 2019. He will be speaking at Chorlton Book festival in Manchester on 24 September


--
Sent from my Linux system.