Even for Egyptian royalty, the afterlife was bring-your-own-beef. 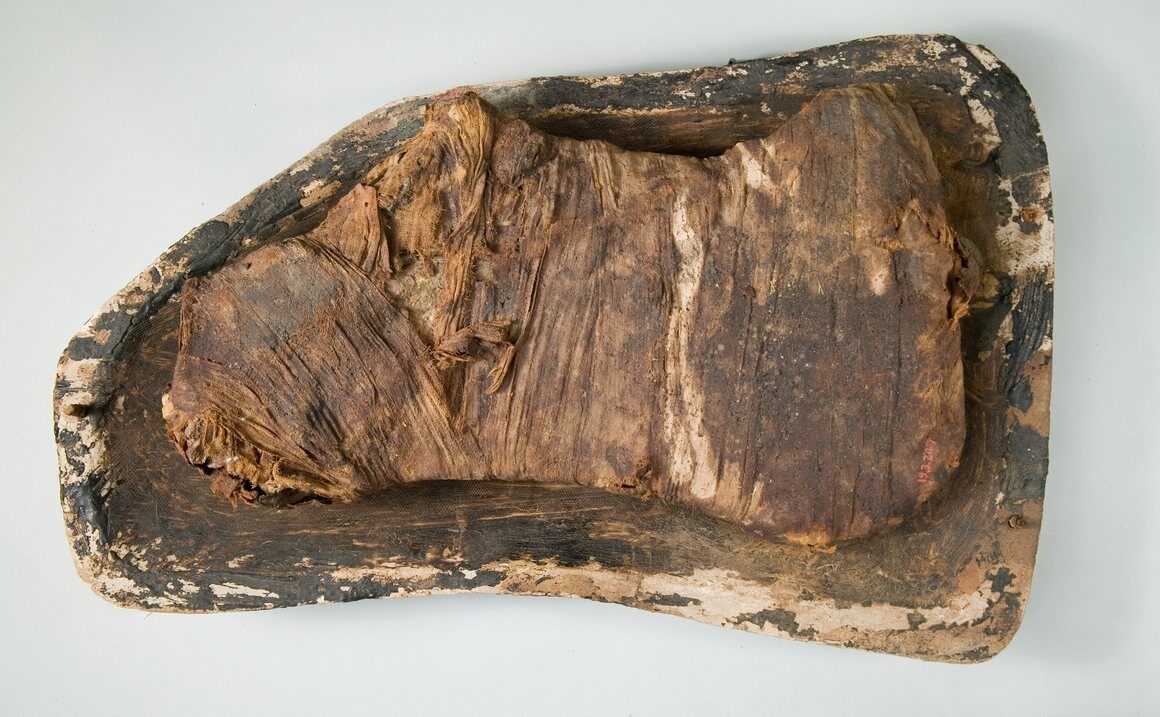 To prepare royals for their transition to the afterlife, ancient Egyptians preserved their corpses with ointments and other treatments before wrapping them in linen. Sometimes, they repeated this sacred process with their beef.

Gallery 109 in New York City's Metropolitan Museum of Art is home to a 3,500-year-old, custom-made food vessel—a "beefcase," if you will—that likely accompanied the young prince Amenemhat to his final resting place. The mummified cow's shoulder excavated from a pharaonic site near Luxor, Egypt, is one of many "meat mummies" found nestled alongside the remains of high-born Egyptian figures. According to NPR, Tutankhamun was buried with multiple cases that housed joints from poultry and beef.