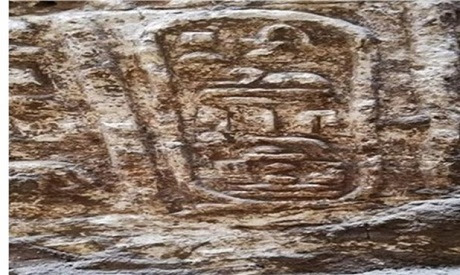 The ruins of a temple belonging to Ptolemy IV, the fourth pharaoh of Ptolemaic Egypt (221 – 204 BC), were unearthed during drilling to implement a sewage drainage project in Kom Shakau village in Tama township in northern Sohag, according to the Egyptian Ministry of Antiquities.

Secretary-general of the Supreme Council of Antiquities (SCA) Mostafa Waziri said in a statement on Sunday that drilling works have been suspended and an archaeological mission has been assigned with recovering the ruins.

The ruins include parts of the temple's walls with engravings and inscriptions carrying the name of Ptolemy IV, as well as limestone walls and floors, Waziri said.

The decline of the Ptolemaic dynasty in Egypt began under the reign of Ptolemy IV Philopator, the son of Ptolemy III and Berenice II.