Give the gift of a mystery this Christmas - Greensboro News & Record: Books And Literature

Elizabeth Peters and Tony Hillerman are two of my favorite mystery writers.


Give the gift of a mystery this Christmas 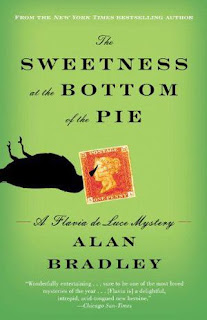 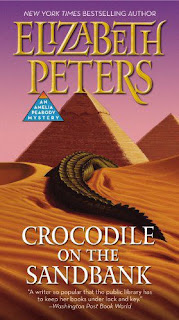 By Linda C. Brinson Special to the News & Record

Here’s an idea for a Christmas present whose lasting value far exceeds its price: Introduce a friend to the first in a series of good books.

What could be better than to discover an author and characters you like — and to know that when you finish that first book, more await?

If your friend likes, or is willing to try, mysteries, then your shopping is easy.

Mysteries are a varied genre. Often, the real appeal lies in the interesting characters and settings, with the puzzle of who committed the crime a bonus. These series range from detective fiction to “cozies” with amateur sleuths.

All keep most of the violence off stage.

Some of these are classics. Others are current series that your friend might not have tried.

The classics are readily available, in print or as e-books and even audiobooks:

Hillerman was not a Navajo, but he was an observant and sympathetic newspaperman in the Four Corners of the Southwest.

Out of his experiences grew a series of mysteries featuring two detectives from the Navajo Tribal Police, Lt. Joe Leaphorn and Sgt. Jim Chee, who sometimes work separately, sometimes together. The series gives readers an insider’s look at a fascinating area as well as insights into the Navajo culture — the Navajos embraced and celebrated the books.

His devoted fans have their favorites, but all are worth reading. And, for those who finish the series: Since his death, Hillerman’s daughter, Anne Hillerman, has written a couple of books continuing the series more from the viewpoint of Chee’s wife, Officer Bernadette Manuelito.

Tony Hillerman credited an earlier writer, Arthur Upfield, as an inspiration for his writings.

Born in England, Upfield emigrated in 1911 to Australia, where he worked in various jobs, including geological explorations, and became intimately familiar with the Outback and its natives.

His sleuth is Inspector Napoleon Bonaparte, aka Bony, a half-aboriginal police detective whose heritage makes him uniquely suited to solve the crimes that come his way.

The settings — mostly the remote Outback in the 1930s through the 1950s — are richly described, and characters are well-developed and often unusual. As might be expected, the crimes Bony investigates are also unusual.

Some might find the writing old-fashioned, but fans think it adds to the sense of a distant time and place. From 1929 through his death in 1964, Upfield wrote 29 Bony mysteries.

Elizabeth Peters is a pen name of Barbara Elizabeth Mertz, an American author who held a Ph.D. in Egyptology. These are not strictly detective novels, but more suspense novels with intrigue, mystery and crime.

Amelia Peabody is a strong-willed English woman who falls in love during a trip to Egypt with an equally strong-willed British archaeologist named Radcliffe Emerson. They marry, go on many archaeological expeditions together and raise a brilliant (and strong-willed) son, Ramses.

Through the course of 19 novels that move from the late 1800s through World War I and beyond, Peters plunges this family into adventures and perils. As foreign archaeologists race to uncover the secrets of ancient Egypt, Amelia and her family are in the thick of things, running into danger both modern and ancient.

The plots are as strong as the characters, and Peters enriches the books with much fascinating lore from Egyptology.

The dynamics of the family are interesting, with Ramses starting out as an alarmingly precocious child and growing into a man well able to handle any perils.

After I discovered these books in the middle of the series, I read the earlier ones and eagerly awaited each new offering, until Peters died in 2013.

Alan Bradley, Flavia de Luce. First in series: “The Sweetness at the Bottom of the Pie”

This series, started in 2009, is going strong. This year’s offering, “Thrice the Brinded Cat Hath Mew’d,” is No. 9 and clearly sets the stage for more.

While these books are popular and have been optioned for a TV series, some readers have missed them because of confusion about their intended audience. Flavia is an 11-year-old girl through several books.

The time is the early 1950s; the place, a crumbling manor house near a village in England.

Flavia never really knew her mother, Harriet, who disappeared in mysterious circumstances when Flavia was a baby, and she’s had a somewhat lonely childhood, feeling persecuted by her two older sisters and neglected by her distraught father.

She finds her comfort in chemistry, which she’s taught herself, and solving the suspicious deaths that come her way. As the series progresses, more is gradually revealed about the mystery surrounding Harriet and its implications for Flavia.

Flavia, precocious yet innocent, is delightful, and so are the books. The author was 70 when he wrote the first book. So, are these mysteries for young adults or for adults, females or males? The answer: They’re great for everyone.


Louise Penny, Chief Inspector Armand Gamache. First in series: “Still Life.” This is my latest discovery, even though they are best-sellers. When I happened upon a rave review of Louise Penny’s series set in Quebec, I immediately ordered the first book. I’m in the middle of it now, and I am so happy to know there are 11 more — so far.

Agatha Christie, Hercule Poirot (first, ”The Mysterious Affair at Styles”) and Miss Marple (first, “The Murder at the Vicarage”).

Mystery fans have surely heard of Agatha Christie, the prolific, best-selling British mystery writer of all time, with the eccentric Belgian detective Hercule Poirot, who puts his “little gray cells” to good use, and the deceptively sweet little old Miss Jane Marple, whose sharp eyes miss nothing whether in her English village or farther afield. Several of her books have been turned into plays, movies and/or TV shows. But if you know someone who never actually read the books, the inaugural book in either or both series will begin years of reading pleasure. Christie, who died in 1976, wrote more than 70 detective novels, most in one of her popular series, and they are still top-of-the-line. Linda Carter Brinson writes a books blog, Briar Patch Books (lindabrinson.com) and lives in Stokes County near Madison.