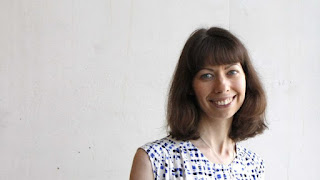 Melanie Pitkin has fulfilled a childhood ambition by becoming an archaeologist and Egyptologist.

During her first visit to Egypt at the age of 20 she was involved in a dig at the Teti Pyramid Cemetery at Saqqara, south of Cairo.

Over the past few years Melanie's been digging up desert graves among the ruins of the city of Amarna, briefly the capital of Ancient Egypt.

These are the modest burial sites of poorer Egyptians, who still believed in the afterlife, but couldn't afford elaborate mummification.

Melanie has learned from experience that archaeology is more grit than glamour, braving sandstorms and blazing heat to painstakingly reveal ancient bodies and artefacts.

She has curated an exhibition at the Powerhouse Museum, which is a collection of six mummies and associated artefacts from the British Museum.

Egyptian Mummies: Exploring Ancient Lives is at the Powerhouse Museum, Sydney from 10 Dec. 2016 to 25 April 2017

Ann Jones is looking after Conversations while Richard Fidler is away.