December 15, 2016
Beau Jackson
Writer based in London but originally from Yorkshire. Loves all new, creative and innovative technologies. 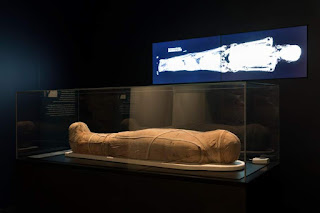 Ancient Egypt has astounded the world for years in the sheer spectacle and ingenuity of their masonry in the pyramids and their concealed tombs. Though plenty of research and exploration has gone into the structures, intrigue is kept alive by the secrets still retained within their walls. This scientific and historical curiosity is now matched with a sensitivity to preserve the world’s the artefacts, and non-invasive 3D technologies offer the perfect method to study a scene whilst leaving it intact. 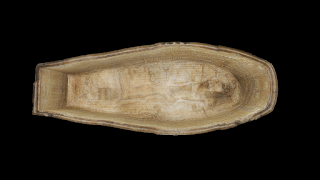 Egyptian Mummies: Exploring Ancient Lives at the Powerhouse Museum in Sydney, Australia, is exhibiting 6 sarcophagi alongside three-dimensional images of their contents. The CT scans show the embalmed skeletons inside a sarcophagus and offers more accurate information about the deceased’s gender, age and medical condition at the time of death. 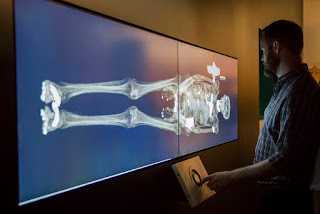 Interactive CT scan of a mummy Photo by: Jane Ion via Powerhouse Museum on Facebook

The Australian Museum of Applied Arts & Sciences (MAAS) group partnered with The British Museum in London to get access to the mummies – an institution renowned for its collection of Egyptian artefacts including the Rosetta Stone (which has been held by the museum since 1802) and sculptures of Ramesses II. In their esteemed position, the British Museum has also cultivated a comprehensive collection 3D scanned mummies and other objects.

Egyptologist Melanie Pitkin curated the exhibit for the MAAS, and explains scanning methods as follows:

Part of the process was using a dual energy standing x-ray that rotates around and slices through the body. This is then put through rendering software, which stitches all the data together.

Taking it one step further, many other institutions have also 3D printed replica objects based on 3D scan data. The University of Melbourne in Australia has a mummified head as part of its collection, and printed a skull that was used to reimagine the face of an Egyptian woman.

Gif image shows the Egyptian skull 3D printed and planted with contour sensors in order to reimagine the woman’s features. Clip via: The University of Melbourne on Youtube

The bust of Nefertiti held by the Neues Museum in Berlin has also been famously recreated. 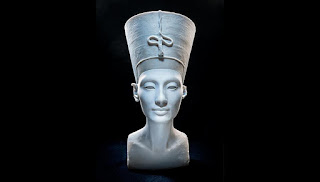 The Other Nefertiti 2016, by Nora Al-Badri & Jan Nikolai Nelles

And the ear from the bust has been tested as the scaffold for a 3D bioprint. 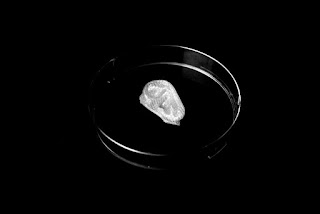 Nefertiti’s ear 3D bioprinted on a Invivo from Rocket 3D. Photo via: Jonathan Beck of Scan the World in collaboration with iMakr medical

Projects of such cultural premise aren’t often without their share of controversy, as it illuminates questions about ownership. Nefertiti’s 3D printed bust was returned to Egypt from Germany by artists Nora Al-Badri and Jan Nikolai Nelles as a statement about cultural appropriation, and though it isn’t the real thing it does still bring people closer to the facts about the illusive Egyptian Queen. An ability to handle 3D printed replicas of artefacts is also invaluable to historical knowledge, and facilitates access to those who would typically be unable to see such things.

On the face of it, replication can often be seen as devaluing an object. But in this instance the knowledge gained from such a process, as in building your own combustion engine or an old car, is evidence of imitation’s worth.

Featured image shows an Egyptian sarcophagus and its 3D x-ray. Photo by: Ryan Hernandez, via Powerhouse Museum on Facebook