There is nothing new about fake news, but the internet and social media services significantly increase the speed of its creation and its reach

April Fools' Day, celebrated worldwide on April 1, ought to be christened Fake News Day. The day, which traces its origins at least as far back as the 14th century, is known for its mostly good-natured hoaxes, by individuals and even large corporations.

Google's voluminous catalog thereof is legendary, although some Silicon Valley companies have recently decided to cut back on this tradition. Given its notoriety, April Fools' day is optimally situated for educating the public as to the real and emerging danger of fake news. 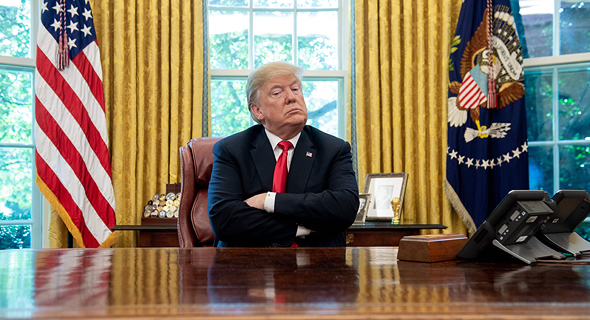 Fake news (illustration). Photo: AFP
While the media portrays fake news as a new global scourge that is universally reviled, the reality is much more complicated. Fake news actually has a long history. Ramses II, the third ruler of the Nineteenth Dynasty of Ancient Egypt, famously carved favorable, self-serving, often conflicting, and even clearly erroneous accounts of the Battle of Kadesh—arguably the largest and best documented chariot battle ever—onto various monuments. More recently, former British Prime Minister Winston Churchill memorably noted that history is written by its victors and Churchill's ally, leader of the Soviet Union Joseph Stalin, was well known for his fact-distorting propaganda machine.

Despite its long history, recently developed modern technology has greatly enhanced the ability to make and instantaneously spread fake news. The internet, for example, was supposed to democratize information, removing the monopoly of the state and of established media on information. But instead, it has allowed for anyone or anything with an internet connection to say whatever they want, especially as their anonymity grants them immunity from the outcomes of their misinformation campaigns. The development of social media further muddied the waters, for example by fostering the creation of influencers, a feedback loop of individuals whose version of events often carry more weight, often for no apparent reason.

Perhaps, Stephen Colbert's neologism "truthiness" best captures the current manifestation of fake news: in our modern relativist world, even facts need not be accurate so long as they feel like they should be true. To wit, in today's politically polarized environment, one man's fake news is often another one's "saying it like it is." For example, most will admit that the established media has clear underlying biases that could be construed as fake news. Some media outlets do not even waste efforts on any pretense of impartiality—simply consider the content and slant at Fox News and the diametric opposite at MSNBC.

Even science is not immune to the menace of fake news. A paper published in science journal Nature last week, representing a manifesto signed by over 800 scientists, decries the focus within scientific studies on statistical significance. The authors argued that the common misuse and misunderstanding regarding statistical significance easily allows for the validity of a study to be misinterpreted, both by the lay public that is already misled by a constant deluge of overly simplistic scientific headlines, as well as the science community itself.

Emerging science and technology are also a source of a number of terrifying efforts to enhance the creation of fake news. Ranging from online bots that work 24/7 to plant and retweet the latest fake stories, to artificial intelligence software programs that place words in other people's mouths. It is becoming increasingly more difficult to discern what is real from what is contrived.  Fortunately, there are also a number of promising technological efforts to battle the advances of fake news, from digital watermarking of reliable video to predictive analytics designed to weed out the output of said bots.  Nevertheless, the role of the government, judiciary system, and even industry in protecting and promoting the free dissemination of ideas and speech remains a strong countervailing force against greater efforts in battling fake news. Barring the worst types of hate speech, most institutions are loath to start shutting down speech. But this is slowly changing. While a perusal of the Facebook feed will continue to provide an overview of some of the worst representations of humanity, you will be hard-pressed to find examples of white nationalism and supremacy which just officially been banned from the site late last month.  But even with this laudatory goal, Facebook and other online purveyors of news and information will need significant advancements in machine learning techniques, among other technologies, to adequately root through the half million posts per minute from its roughly 2.32 billion monthly active users.

On Wednesday, April 3, 2019, the Zvi Meitar Institute, in conjunction with the Sammy Ofer School of Communications at the Interdisciplinary Center (IDC) Herzliya will be hosting a conference on fake news, bringing together technologists, academics, lawyers as well as policymakers for this timely event. Sign up here .

Dov Greenbaum, JD PhD, is the director of the Zvi Meitar Institute for Legal Implications of Emerging Technologies and Professor at the Harry Radzyner Law School, both at the Interdisciplinary Center (IDC) Herzliya.