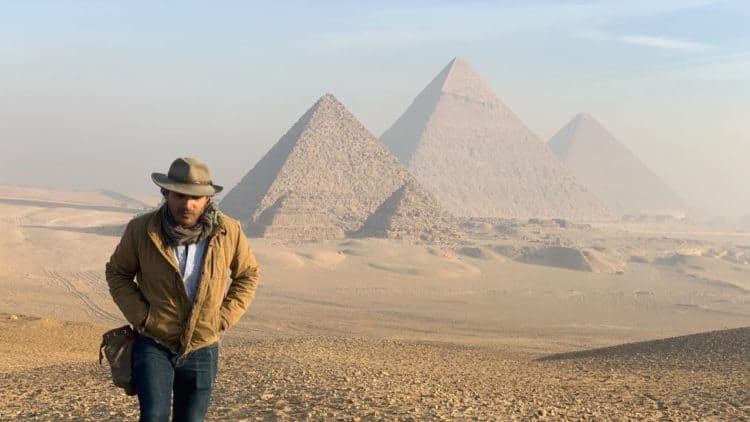 Mummies Unwrapped is a new show on the Discovery Channel. Like its name suggests, it is focused on uncovering some of the secrets of mummified bodies, which explains the choice of name for the show. Here are 10 things that you may or may not have known about Mummies Unwrapped:

1. The Name Refers to a Real Practice

It is interesting to note that the name of the show seems to refer to a real practice. For those who are curious, the Victorians are known to have purchased mummies for the purpose of hosting mummy unwrapping parties, which were particularly popular in the period when Egyptomania hit its height. Suffice to say that said practice was very destructive, so much so that it has been known to cause modern Egyptologists to grind their teeth.

2. Not the Most Bizarre Use for Mummies

With that said, mummy unwrapping parties were far from being the most bizarre use for mummies. For instance, there was a time when medieval Europeans used ground-up mummies as a cure-all for various medical conditions, which resulted in a booming trade in Egyptian mummies. Eventually, when Egypt banned the practice, some medieval European apothecaries are known to have secured further supplies of the stuff by making their own mummies, thus ensuring that the practice would continue until European scholars realized that the whole phenomenon had been caused by a serious mistranslation that resulted in what should have been "bitumen" being rendered as "mummy" instead.

3. Not Even the Second Most Bizarre Use for Mummies

Unfortunately, mummy unwrapping parties might not even be the second most bizarre use for mummies. In short, modern painters have convenient access to a wide range of colors. In contrast, their predecessors had to venture much further out for their painting supplies. Sometimes, this resulted in said individuals using paints that were hazardous to their health. Other times, well, suffice to say that the color called mummy brown was very literal in those times.

4. Not Limited to Egyptian Mummies

Generally speaking, when people think of mummies, they think of Egyptian mummies. This is understandable because ancient Egypt mummified their dead for centuries and centuries, which is why there were enough of them that there are still examples that can be studied by Egyptologists in spite of the aforementioned practices. However, it is important to note that other cultures have been known to produce mummies either intentionally or unintentionally, particularly since Mummies Unwrapped features non-Egyptian mummies.

To be exact, interested individuals should expect Mummies Unwrapped to feature Mayan mummies. With that said, considering the nature of the show, it wouldn't be particularly surprising if it eventually started covering mummies from cultures other than the ancient Maya and the ancient Egyptians as well.

6. The Host Is Ramy Romany

The host for the show is Ramy Romany. Interested individuals should have no problems finding bios that describe him as a documentary-maker from a family of documentary-makers, who got the chance to hone his skills with filming footage by practicing with ancient Egyptian ruins before eventually going on to get a degree in archaeology and ancient Egyptian history. As such, it is perhaps unsurprising to learn that Romany has appeared in a lot of TV shows as an expert on ancient Egyptian topics, which have been broadcast on networks such as SyFy, the History Channel, and apparently the BBC.

7. Romany Has Been on Destination Truth

By this point, some readers might have become cautious by the names of the networks mentioned. After all, neither Syfy nor the History Channel is known for their excellence when it comes to covering historical topics, which is pretty disappointing in the case of the latter to say the least. In any case, interested individuals are right to be cautious because Romany has been on Destination Truth for SyFy, which might be a fun show but is something that people should be watching while maintaining a very healthy sense of skepticism.

8. Romany Has Been on Ancient Aliens

This is particularly true because Romany was something of a regular on Ancient Aliens, which would be the History Channel show that is all about claiming alien influence in ancient civilizations. For example, he was in an episode called "Secrets of the Mummies," showing up to serve as an expert for when the show covered Egyptian mummies. Likewise, Romany showed up in "The Mysterious Nine," in which he showed up to talk about the Ennead. For those who are unfamiliar with the term, the Ennead is a Greek term for a collection of nine Egyptian deities of particular importance. Generally speaking, the term refers to the collection that was venerated at Heliopolis, but it must be mentioned that there were other versions as well.

9. Might Want to Go In with a Sense of Skepticism

Given this background, it is perhaps unsurprising to learn that interested individuals might want to watch Mummies Unwrapped with a sense of skepticism. The marketing for the show promises to use the latest technologies to produce the latest theories about the people as well as the peoples covered on it, which is very common and very exciting on its own. However, it also states that the show will cover whether supernatural phenomena were involved in the relevant processes, which is something of a warning sign to say the least.

10. Could Be Fun Anyways

With that said, Mummies Unwrapped might prove to be pretty fun anyways. Certainly, stories of curses and the like should be treated with skepticism, but they have nonetheless proved very entertaining for a lot of people over time. For that matter, coverage of the relevant myths and legends is definitely welcome because it provides important context for the practices of these ancient cultures.

More from this Author

Allen Lee is a Toronto-based freelance writer who studied business in school but has since turned to other pursuits. He spends more time than is perhaps wise with his eyes fixed on a screen either reading history books, keeping up with international news, or playing the latest releases on the Steam platform, which serve as the subject matter for much of his writing output. Currently, Lee is practicing the smidgen of Chinese that he picked up while visiting the Chinese mainland in hopes of someday being able to read certain historical texts in their original language.