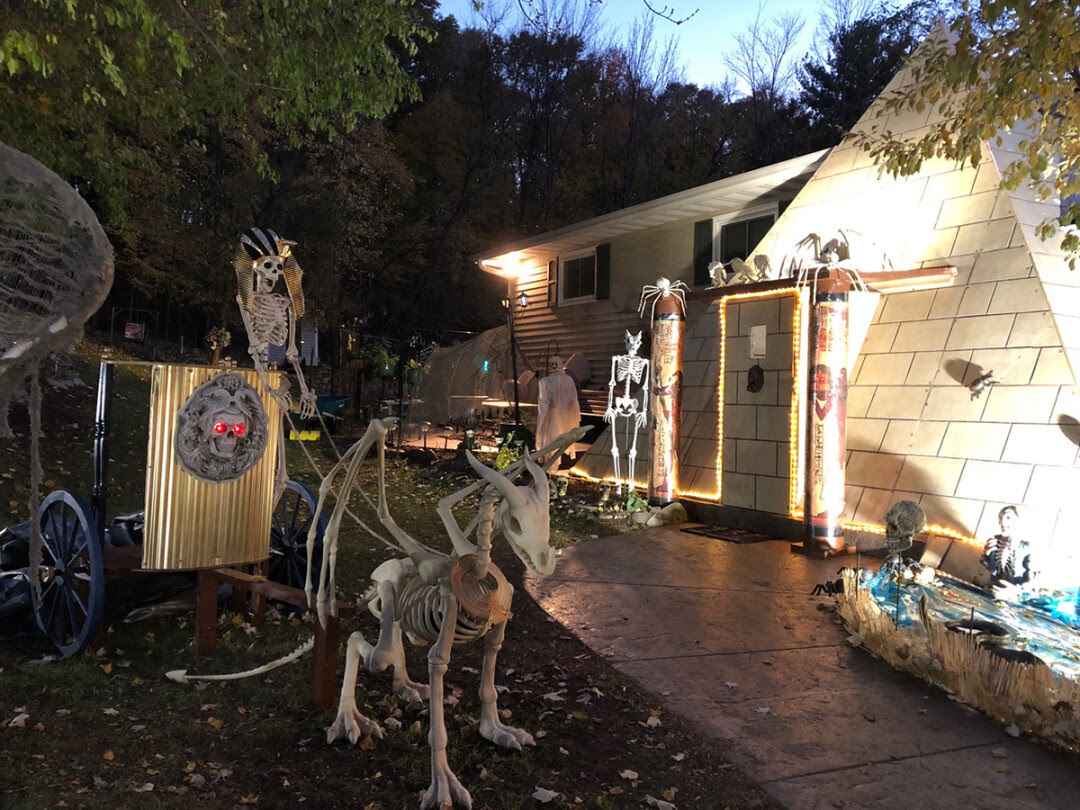 Some people's idea of decorating for Halloween involves a few pumpkins, some spiderwebs, and maybe a hanging skeleton.  (Most of us probably stop at the pumpkins, to be honest.) But when Donna Walther prepares for the scariest day of the year, she really brings on the spooky.

When the leaves finally fall on the north side of Eau Claire,Walther's neighbors on Wedgewood Avenue will be treated to the sight of a gold-medal worthy display: an ancient Egyptian Halloween complete with a huge pyramid and an undead, chariot-racing pharoah.

Walther opts to construct elaborate holiday displays once every two years – it takes hundreds of hours to construct the scenes, which have ranged from her first haunted pirate ship in 2008 to a haunted castle in 2012 and a Roarin' '20s theme in 2016.  Walther's sister-in-law suggested she follow her love of ancient Egypt to this year's theme, and her son Jared helped her erect the 20-foot pyramid. She's even made her house into a sort of temple in the spirit of the holiday.

"I love Halloween as themes can be completely different and dressing up is super fun," Walther said. Trick-or-treaters will have to tread carefully to avoid falling into the haunted Nile river! 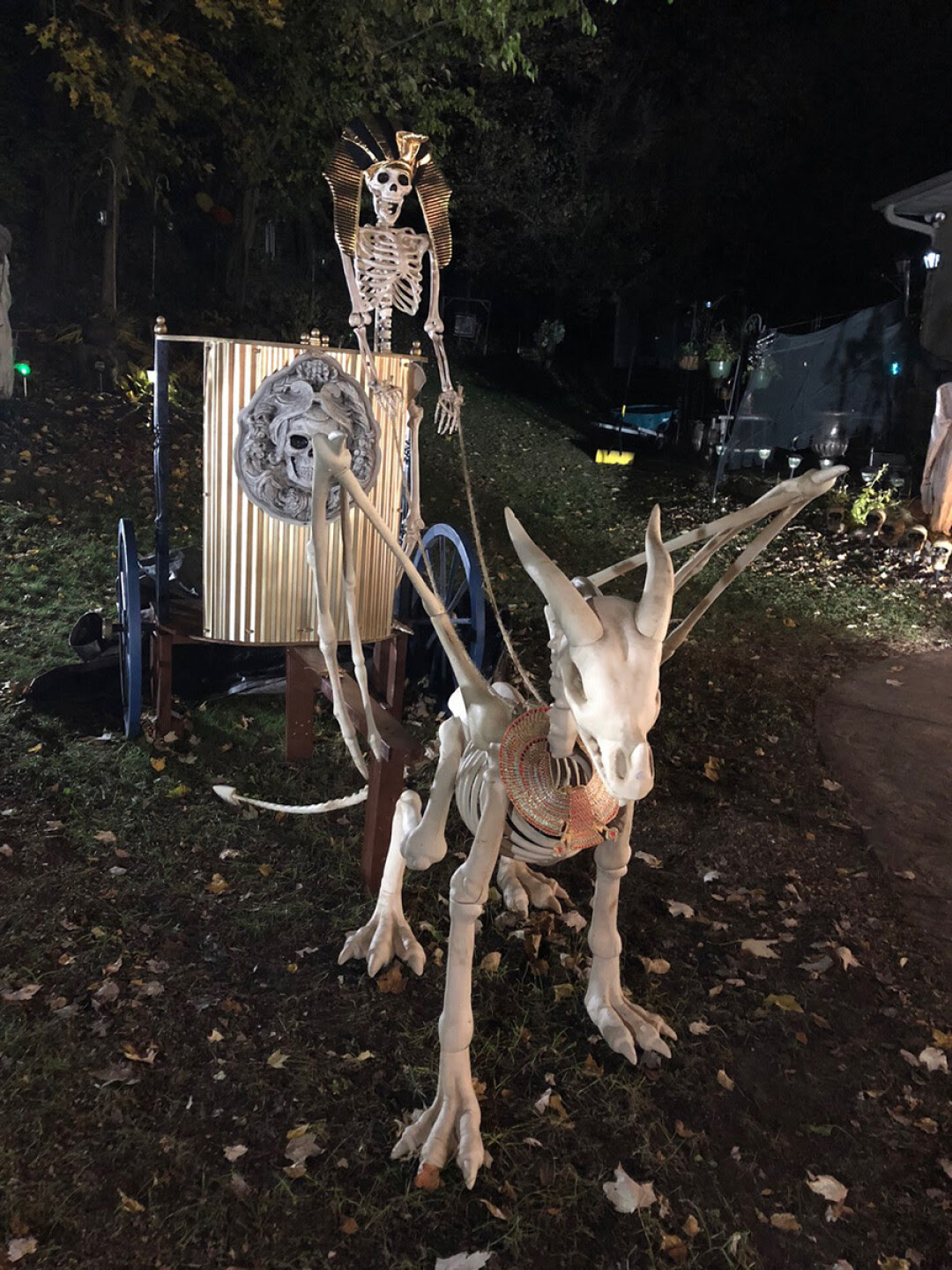 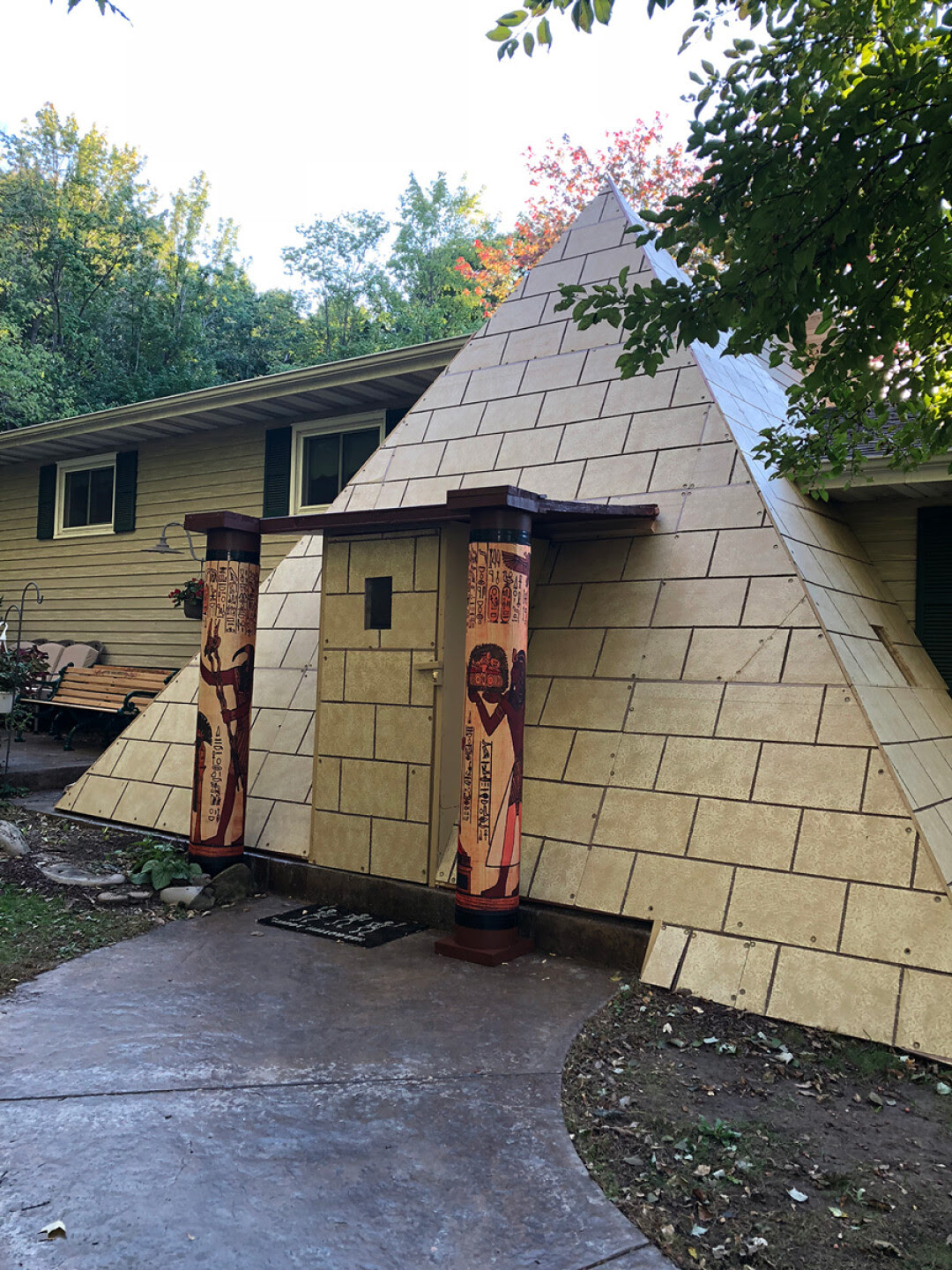 This was made by