The joint mission of IFAO and University of Liverpool directed by Dr. Yannis Gourdon and Dr. Roland Enmarch has discovered the way ancient Egyptians used to move the stone blocks from the alabaster quarries of Hatnub (East of Tell Amarna, Minia) during the reign of King Khufu (Cheops).

Dr. Mostafa Waziry said "The mission started working in Hatnub since 2012 to produce a full epigraphic, photographic and topographical record of the surviving inscriptions of Hatnub Quarry. As a result of the studies and the historical examination of the inscriptions and steles of Hatnoub, 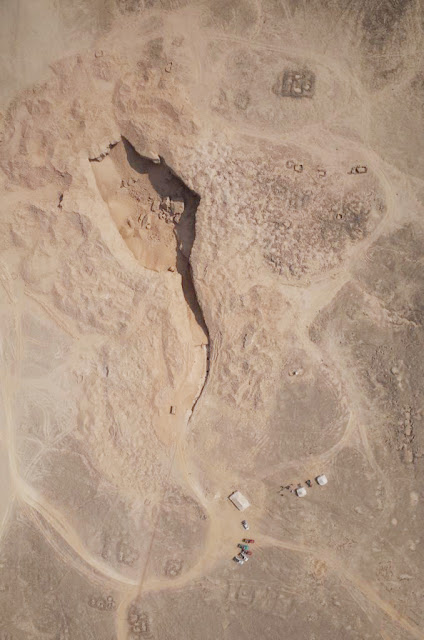 Dr. Yannis Gourdon said "The mission successfully discovered a unique system to pull and transfer the stone blocks from the bottom of the quarry after removing the debris used to cover it which can be dated to the reign of King Khufu of the 4th Dynasty. The moving system consists of the central ramp surrounded by two set of stairs contain poles holes which help lifting the alabaster stone block through at least 20% coarse ramp. There are at least 100 inscriptions discovered commemorating pharaonic expeditions to the alabaster quarries at Hatnub from the Old Kingdom to the New Kingdom. 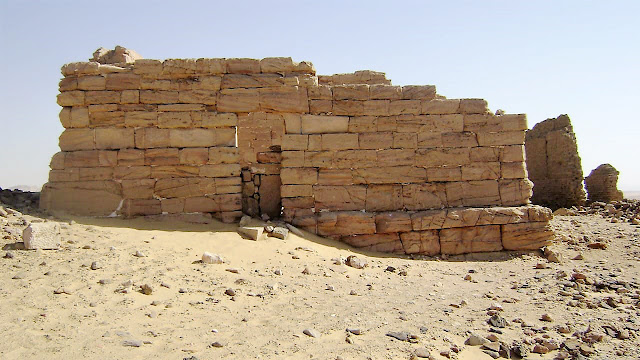 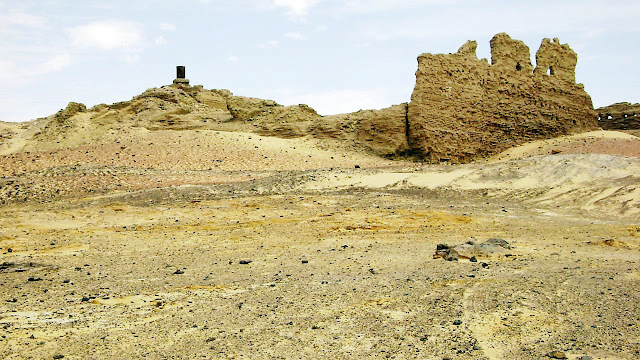 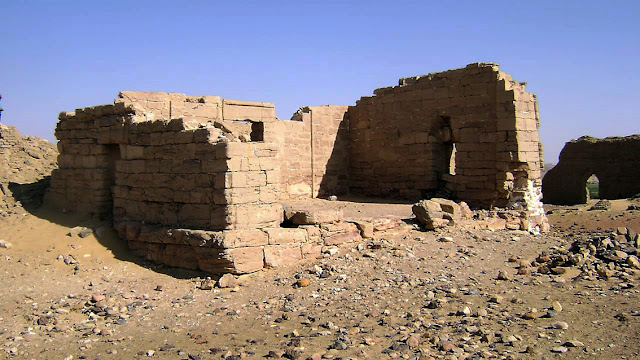 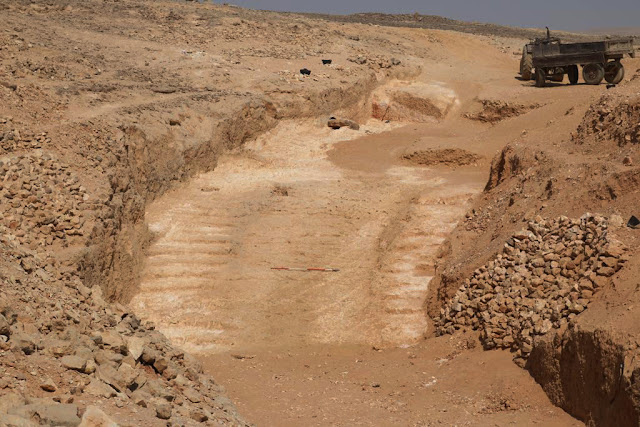 Dr. Waziry described the discovery that it is of a great importance as it is the first time to discover a system to move and transfer blocks from quarries and how the ancient Egyptians lifted the multi tons blocks off coarse ramps during the era of building the Great Pyramid which changes our understanding of how the pyramids were built. 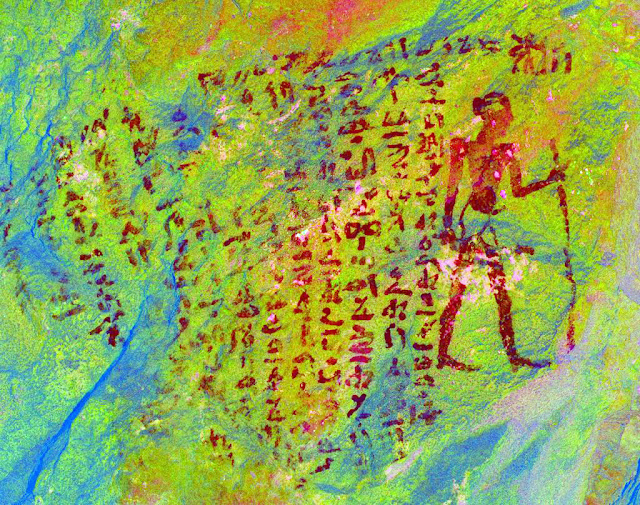 Dr. Roland Enmarch said "The restoration team is working on the preservation of the inscriptions as well as the epigraphic survey of the residential structures around the quarries made of different stone blocks used for the quarries workers. The team unearthed 4 stone steles. One of the steles shows a drawing of a standing person and the other three have unclear hieratic inscriptions due to the bad state of preservation and in need of restoration and preservation.