Dr. Mostafa Waziry (Secretary-General of the Supreme Council of Antiquities) said that the stela has a scene in the upper lunette shows two persons making an offering to Queen Tetisheri and Queen Ahmos-Nefertari. The stele shows Queen Tetisheri titles as "Mother of the King" and "Lady of the Two Lands". 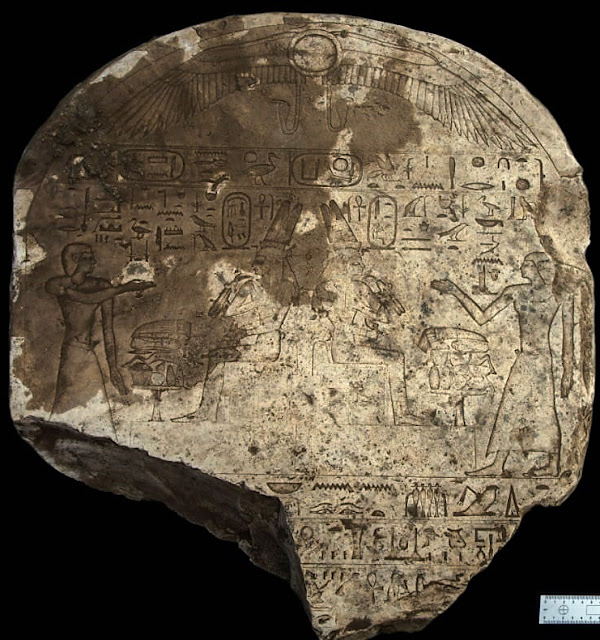 The importance of this discovery that it shows the activities of the Kings in Upper Egypt to secure their territories during their way with the Hyksos. This discovery is a part of the series of discoveries that could re-date the temple to an older date than it was previously known.

Mohamed AbdBadie said "It is known that Queen Tetisheri is the mother of King Seqenenre and the grandmonth of King Ahmose I and she is the one who inspired them the liberation spirit. Tetisheri was very well respected and dignified by the Egyptians for her great role in the Egyptian history." 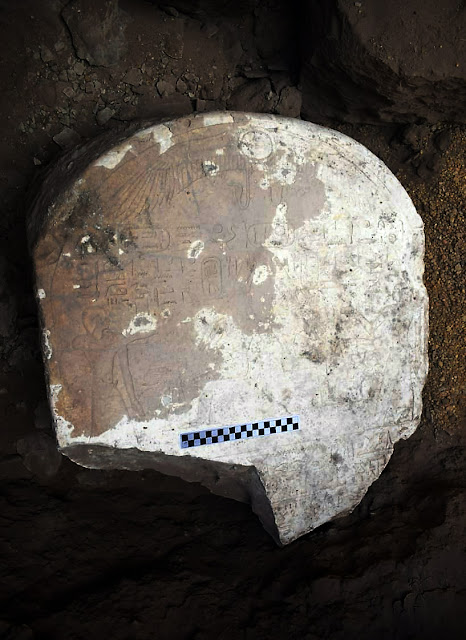 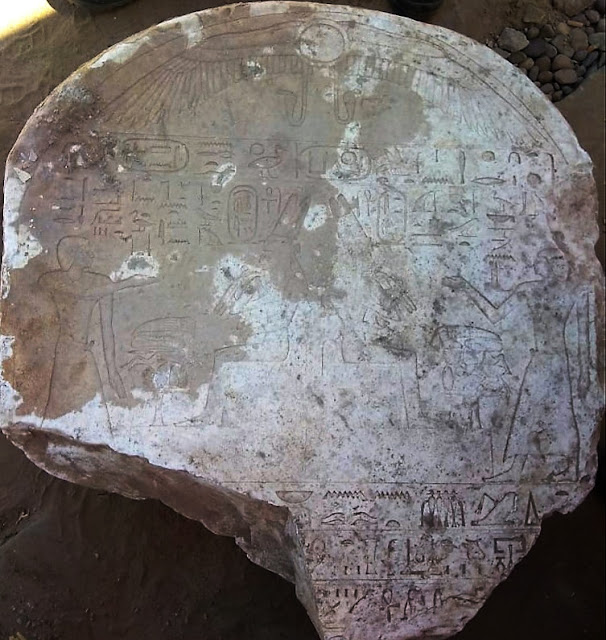 Mr. Abd El-Monem Said, Director of Aswan Antiquities said "The two Queens are of the most important female figures in the history of ruling familes in Egypt and had many stelae and chapels dedicated to them all over Egypt."

Posted 2 hours ago by Luxor Times
Posted by Glenn Meyer at 8:19 AM