The folks at Rebellion first introduced their latest game, Strange Brigade, back at E3 2017. It's a little different from the studio's Sniper Elite series, going a little farther back in time and embracing the supernatural. Now the co-op adventure has a release date.

A group of ragtag heroes is all that stands in the way of the resurrected Witch Queen and her quest for dominance. Players must venture to 1930s Egypt to face monsters, mummies, and all manner of dark creatures in trap-filled pyramids and temples.

But while Strange Brigade takes place in the 1930s, it wouldn't be a 2018 game without a Collector's Edition and pre-order incentives. pre-orders include the Secret Service Weapons Pack, which includes the Wilkers & White P19 pistol, the Stoudenmire 960 SMG, and the Gehrig-Delgane S1 rifle. This will also come with pre-orders of the Deluxe Edition, which will include the game's Season Pass. 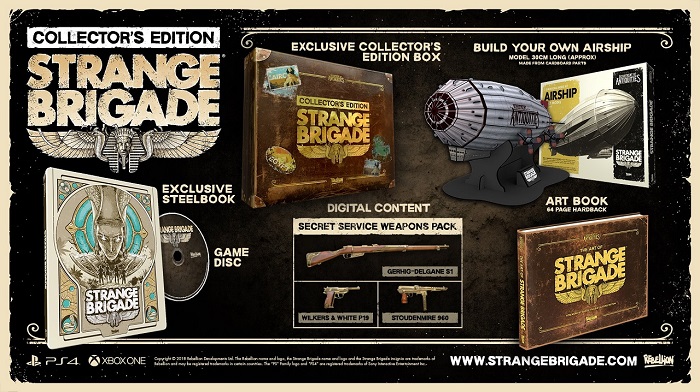 Strange Brigade is set to release on PC, Xbox One, and PlayStation 4 on August 28.