Live like a Rockefeller: An ancient Egyptian limestone bas-relief | Christie's

This 3,400-year-old limestone portrait is intertwined with the Rockefeller family's deep love of Egypt and its antiquities — combined with a generous commitment towards their preservation — as specialist G. Max Bernheimer explains

'I remember first seeing this piece 20 years ago,' says International Head of Antiquities G. Max Bernheimer of an Egyptian bas-relief from circa 1400-1250 B.C. 'Along with my colleagues from Christie's, we had been invited to David Rockefeller's office in Rockefeller Center, which is like the Great Pyramid of New York.'

The limestone relief was purchased by David's mother, Abby Aldrich Rockefeller, from the art dealer Dikran Kelekian (1868-1951) not long before she visited Cairo in 1929. A notable collector of antiquities and ancient Islamic art, Kelekian and his brother established shops in Istanbul, Cairo, Paris, London and New York.

Bernheimer explains that Kelekian was known for encouraging contemporary artists, including Henri Matisse, Milton Avery, John Singer Sargent and Pablo Picasso, to take an interest in ancient art.  'He also sold important works such as the monumental friezes from the palace of Ashurnasirpal II at Nimrud in Mesopotamia to David's father, John D. Rockefeller, Jr., who later gifted them to the Metropolitan Museum of Art in New York,' says the specialist. 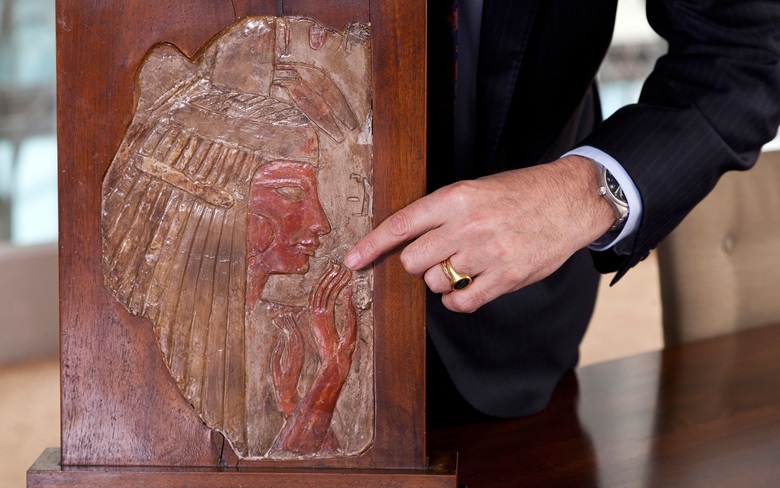 'Junior' and his wife shared a deep interest in ancient Egypt, and had been generous and long-standing supporters of archaeologist Dr. James Henry Breasted's excavations in Luxor and the Valley of the Kings. In 1928 Breasted invited the Rockefellers to visit the digs they had funded. The couple had never been to Egypt before, and readily accepted.

In his memoirs David recalled how, aged 13, he persuaded his parents to take him along on their trip. In January 1929 the family party, which included his brother Nelson's future wife, Mary Todhunter Clark, set sail for Egypt.

After retiring David moved his collection of antiquities to his New York home. He gave the relief pride of place on his desk in the study

During that memorable three-month trip, the party sailed up the Nile with Dr. Breasted as their guide, and David rode by camel to Giza, where he climbed the Great Pyramid. It was in the bazaars of Egypt, he wrote in his memoirs, that he first 'learned to bargain for everything, offering but a fraction of the listed price'.

Four years before the Rockefellers' trip to Egypt and the Holy Land, Junior had offered $10 million to rebuild the Cairo Museum of Antiquities, but the Egyptian government had refused. 'Father always suspected it was the result of pressure from the British government,' reflected David, who recalled visiting the museum in 1929 and being shocked by its dilapidated state. Eventually, notes Bernheimer, the money was used to help found the Rockefeller Archaeological Museum in Jerusalem, where the family travelled after Cairo. The museum still exists today. 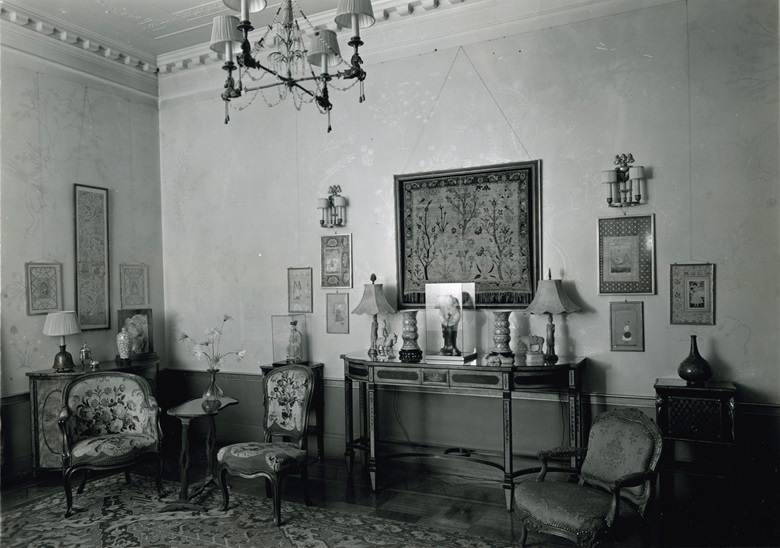 In this image of the Rockefeller family home in New York, the relief can be seen resting on the table on the left of the picture

Archival images indicate that David's parents kept this relief on a sideboard surrounded by Islamic and Far Eastern ceramics, paintings and bronzes. After Abby's death, it passed to David's brother, Winthrop Rockefeller; in 1974, upon Winthrop's death, David purchased the work from his brother's estate.

'I imagine David always had his eye on it since that trip to Egypt,' says Bernheimer. 'No matter how much you study, nothing prepares you for the scale of the monuments and the beauty of the art of ancient Egypt when you see them first-hand.' 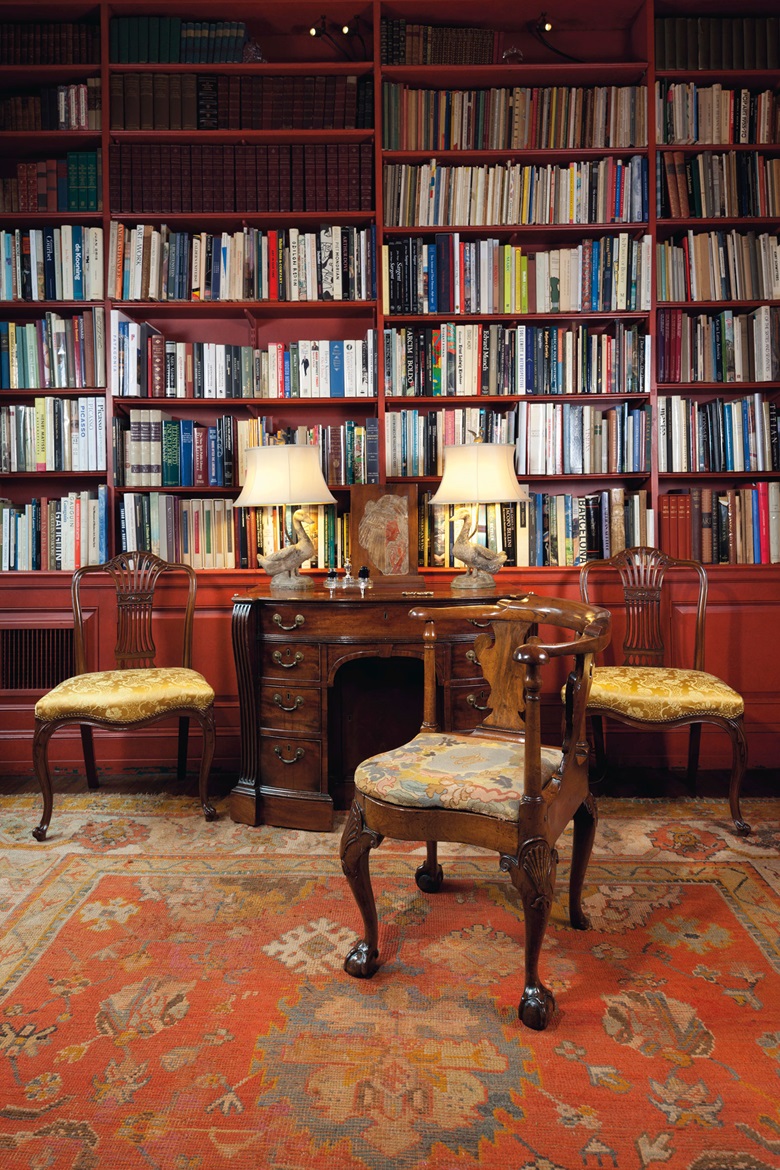 After retiring David moved his collection of antiquities, including Greek vases and ancient bronzes, to his New York home. He gave the relief pride of place on his desk in the study. In 2017 Bernheimer visited the property to appraise the relief for a second time. 'You couldn't help but notice the amazing artefacts straight from the pages of your ancient art-history school books,' he says.

'David waited all those years to gets his hands on this relief, but ultimately he knew he was just its custodian,' the specialist adds. 'He would have been excited at the prospect of passing it on to a new generation, and about the proceeds from its sale benefitting the causes close to his heart.'

The Collection of Peggy and David Rockefeller