No one hurt, no artefacts damaged in scaffolding fire outside Grand Egyptian Museum: Ministry 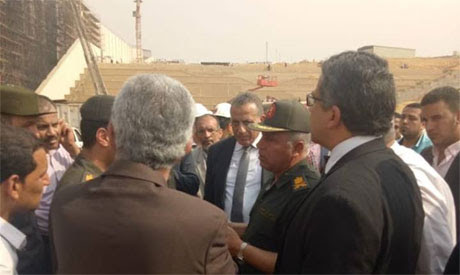 No one was harmed and no artefacts were damaged in the fire that engulfed part of the scaffolding outside the Grand Egyptian Museum (GEM) overlooking the Giza Plateau earlier on Sunday, secretary-general of the Supreme Council of Antiquities told Ahram Online.

One hour after the fire broke out, the museum's fire station, with aid from Civilian Security fire trucks, succeeded in extinguishing the flames, Waziri said.

The Minister of Antiquities, the Governor of Cairo and the Head of the Armed Forces Engineering Authority have visited the site to inspect the scene.

An investigation has been launched to determine the cause of the blaze.

The GEM is currently under construction, with scaffolding positioned outside several buildings.

The museum is being built to house antiquities from ancient Egypt, including many items currently held at the Egyptian Museum in Cairo's Tahrir Square.

A partial opening is planned for later this year.