Racism in science: the taint that lingers


Racism in science: the taint that lingers

In her latest book, Superior, Angela Saini investigates how the history and preservation of dubious science has justified and normalized the idea of hierarchies between 'racial' groups.

In a reflection on power and conquest, Superior opens in the halls of London's British Museum, among collections from Lower Nubia and ancient Egypt. This overture to imperialism sets the stage for an eminently readable history lesson on the origins, rise, disavowal and resurgence of race research in Western science. That story spans the survival of German doctor Johann Blumenbach's eighteenth-century regionally based characterization of five human 'races' (Caucasians, Mongolians, Ethiopians, Americans and Malays), and modern discussions about presumed correlations between race and intelligence.

Saini's celebrated 2017 Inferior investigated the troubling relationship between sexism and scientific research. Pivoting deftly from personal reflection to technical exposition, she now explores a similarly persistent taint: the search by some scientists for measurable biological differences between 'races', despite decades of studies yielding no supporting evidence.

Research has repeatedly shown that race is not a scientifically valid concept. Across the world, humans share 99.9% of their DNA. The characteristics that have come to define our popular understanding of race — hair texture, skin colour, facial features — represent only a few of the thousands of traits that define us as a species. Visible traits tell us something about population histories and gene–environment interactions. But we cannot consistently divide humans into discrete groups. 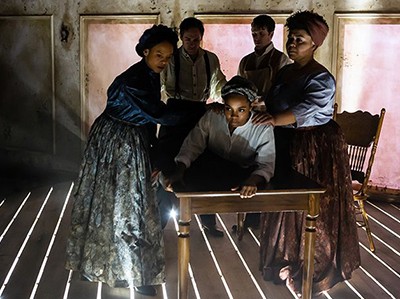 A medical hell recounted by its victims

Yet, despite its lack of scientific rigour or reproducibility, this reliance on race as a biological concept persists in fields from genetics to medicine. The consequences of that reliance have ranged from justifications for school and housing segregation, to support for the Atlantic slave trade of the sixteenth to nineteenth centuries, genocidal policies against Indigenous communities around the world, and the Holocaust.

Saini reminds us that in early-nineteenth-century Europe, the dehumanization of people of colour allowed for the caging and public exhibition of a South African Khoikhoi woman. Sara Baartman (her birth name is unknown) was insultingly dubbed "the Hottentot Venus" owing to a fascination with her genitalia. A century later, early-twentieth-century eugenic pseudoscience came to influence US policy. The US Immigration Act of 1924 was consciously designed to discourage southern and Eastern Europeans from entering the United States, and barred Asian immigrants outright.

In Superior, one cannot help but see similarities between the twentieth-century movement of race-making ideologies from laboratories to political stages, and the current rise of xenophobic politics around the world.

The book, Saini tells us, reflects her childhood dream to understand and speak about the history and social context of the race concept. She does so accessibly and cogently, tracing the trajectory from that history to knotty topics such as research on the emergence of Homo sapiens, or the production of pharmaceuticals targeting people of colour. (For instance, the heart-failure medication BiDil (isosorbide dinitrate/hydralazine), approved by the US Food and Drug Administration in 2005, was marketed solely to African Americans.) The durability of the race concept transcends disciplines, colouring everything from data collection to policy recommendations regarding immigration.

In a chapter entitled 'Race Realists', Saini paints a vivid picture of the palpable fear that Barry Mehler, a Jewish historian of eugenics and genocide, felt in the 1980s on discovering an active network of 'race scientists' working long after the end of the Second World War. She points to shadow financing by the extremist US non-profit Pioneer Fund, which supports studies on eugenics, race and intelligence, and outlets such as the pro-eugenics so-called science journal Mankind Quarterly. She also notes that in the 1980s, the academic Ralph Scott, a contributor to that outlet, was appointed by the administration of US President Ronald Reagan to serve on the Iowa Advisory Commission on Civil Rights.

Aside from a brief discussion of the slave trade and profits in the pharmaceuticals industry, the role of capitalist and colonialist expansion in propping up the race concept is not given much analysis here. Yet Saini does show that our current moment is part of a broader and longer span of social experience. She posits that the racial categories that many perceive as immutable could be transformed, as they have been in the past. These categories shift and align with the social 'needs' of the moment and have ranged, for example, from Celtic, to Hispanic, to the current US census categorization of people from the Middle East as white.

That mutability might make racial categories seem random and purposeless. However, they have long served as the scaffolding for the creation and maintenance of empires. 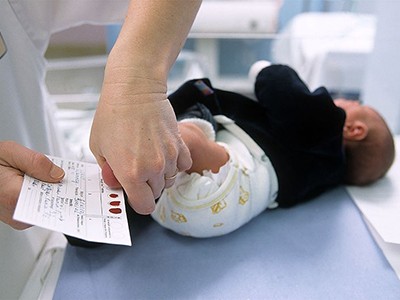 I wondered whom Saini imagines her primary audience to be. She uses the royal 'we', perhaps as a way of creating community with readers, whom I sense she sees as scientifically literate white people. This is perhaps due to the lack of diversity in science and science writing. At the same time, she reminds us that she is a Briton of Indian origin, and so would be a subject in race-based inquiries. In her discussion of Mankind Quarterly, she earnestly uses the term "political correctness" — which has been levelled disparagingly at those calling for more inclusive dialogue. And in a reflection on the Human Genome Diversity Project, which aimed to collect DNA from Indigenous communities around the world, she references the 1990s as the dawn of "identity politics" — a term often used to denigrate the perspectives of minoritized individuals. She does not question these tropes.

In this way, Saini seems surprisingly willing to couch her critical analysis of race science in language often used by those more interested in silencing such critiques. A generous reading of her approach might be that it is a subversive attempt to appeal to sceptical readers. However, I am unsure that that is her intent.

It is less clear what Saini makes of contemporary practitioners of race science. For her, it seems, there is a difference between past scientists who used financing from the Pioneer Fund to support eugenics research, and current researchers, those "race realists", who continue to search for a biological component of race. She does explore the shortcomings of current research and openly questions why people persist with this field of fruitless inquiry. 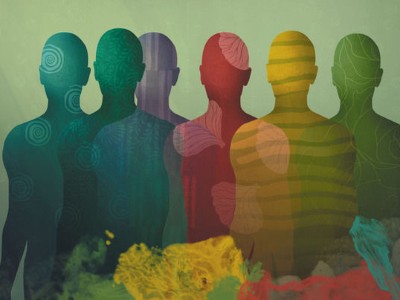 Genetics: Under the skin

This tension between the deadly legacy of historical race science and the ethically troubling reification of racial frameworks in current research emerges in a lengthy interview with David Reich, a geneticist at Harvard University in Cambridge, Massachusetts, known for his work on ancient DNA and human evolution. Reich tells her: "There are real ancestry differences across populations that correlate to the social constructions we have." He adds: "We have to deal with that." But, as Saini notes, when racism is embedded in society's core structures, such research is born of the same social relations.

In my view, too many scholarly voices provide this kind of cover for their peers. This unwillingness to reckon with the possibility that racism actually underpins research that has been proved to have demonstrably deleterious outcomes left me longing for a stronger take-away message.

Ultimately, Superior is most impactful in describing the persistence of support for ideas of hierarchal differences from the Enlightenment onwards, in the face of political backlash and researchers' inability to even define the primary variable at play: race. Saini rightly calls out the denial that runs through so much of our public dialogue. She reveals how shame about an unreconciled past affects our ability to engage in tough conversations about its long shadows.

Superior is perhaps best understood as continuing in a tradition of groundbreaking work that contextualizes the deep and problematic history of race science. These include the 2011 Fatal Invention by Dorothy Roberts and The Social Life of DNA (2016) by Alondra Nelson (see F. L. C. Jackson Nature 529, 279–280; 2016). Saini contributes to this conversation by linking the desire to make race real, particularly with regards to measurable health disparities, to society's underlying desire to let itself off the hook for these very inequalities.

She closes by arguing that researchers must at least know what it is they are measuring when they use race as a proxy. I would add that they should have to contend with what it isn't — and what they have created instead.