The inauguration of Khond Aslabay mosque and Lahun pyramid as well as the announcement of a new discovery are the major events in Fayoum on Friday. 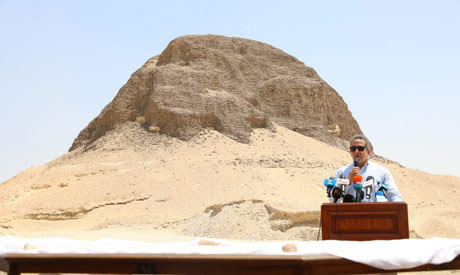 Egypt's minister of antiquities Khalid Anani in the inauguration of Lahun Pyramid on Friday after its restoration. (Photo: Ministry of antiquities)
Minister of Antiquities Khaled El-Enany, members of parliament, Egyptian and international media have embarked on a trip on Friday to Fayoum Governorate to inaugurate Al-Lahun pyramid of King Senusert II for visitors after the completion of its conservation. The ceremony also comes with the announcement of a new discovery at the northern corner of the pyramid and the inauguration of Khond Aslabay mosque. 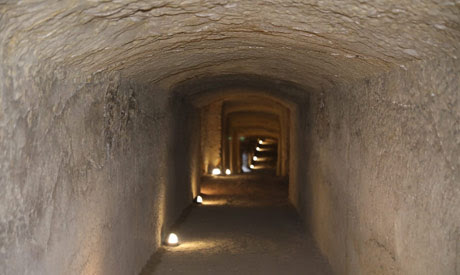 The events were attended by Major-General Essam Saad Governor of Fayoum, General Secretary of the Supreme Council of Antiquities Mostafa Waziri, along with members of parliament and top officials


El-Enany told attendees that he kept his promise to Fayoum inhabitants as both Lahun pyramid and Khond Aslabay mosque were restored and inaugurated for the first time. He called people to protect and preserve the mosque and the pyramid and not to use them inappropriately. "The restoration of the mosque has revealed the beauty of the minbar and mihrab and the inhabitants should preserve it not only because it is a religious edifice, but a part of Egyptian heritage as well," El-Enany pointed out. 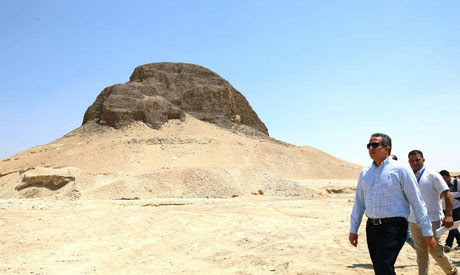 He explains that the conservation work of the pyramid includes the removal of debris found inside the pyramid's corridors and burial chamber, installing wooden stairs to facilitate its entrance, re-installing the fallen stones in the hall and corridor to its original location, as well as restoring the deteriorated stones of its floor and installing a new lighting system. Guiding panels and signboards were also provided to the site


The pyramid of Lahun is made of mud brick. It had a length of 106 m, a slope of 42 35 and a height of 48.6 m. The structure of the pyramid is supported with a natural rocky core that was cut to accept a pyramid top, large limestone cross walls which provided support for the brick sections, after being cased in limestone. 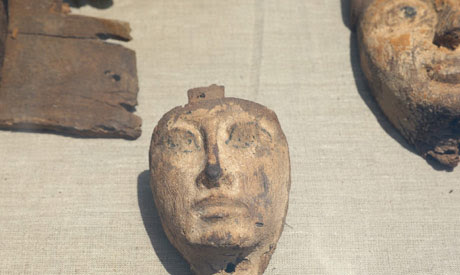 
Excavation works carried out on the southern side of Lahun pyramid by an Egyptian archaeological mission headed by Waziri uncovered several artifacts from a Middle Kingdom tomb.


Waziri explains that the uncovered objects were found inside one of the Middle Kingdom tombs which consists of three shrines and a front court. 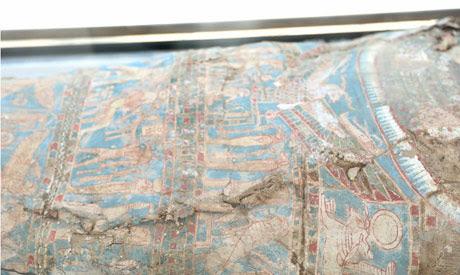 The tomb was filled with rubble, a collection of pot fragments, remains of wooden coffins and cartonage dating back to different ages, were unearthed after the tomb's removal.


Inside the tomb, a collection of wooden coffins for men, women and children, were found. Some of them were badly carved, and the others were skillfully carved and showing the facial features of the deceased.


Warizi said that the mission also succeeded to unearth a wooden statue, a collection of amulets made of faience, as well as clay vessels of different sizes and shapes, remains of human bones, and wooden boxes filled with a collection of ushabti statuettes made of clay.


The mosque was closed for almost six years and the restoration work started last April. 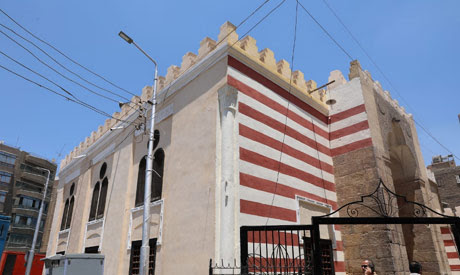 Gharib Sonbol Head of the restoration department said that the walls and the pillars of the mosque were consolidated and deteriorated tiles of the floor were repaired and reinstalled to its original location. The minbar and mihrab were cleaned and its detailed decoration motives appeared.