Dozens of mummies dating back 2,000 years found next to world’s oldest pyramid – The First News


Dozens of mummies dating back 2,000 years found next to world's oldest pyramid

Polish archaeologists working in Egypt have discovered several dozen mummies from around 2000 years ago.

The mummies were discovered during excavations near the world's oldest pyramid in the Saqqara ancient burial ground that served as the necropolis for the Ancient Egyptian capital of Memphis. 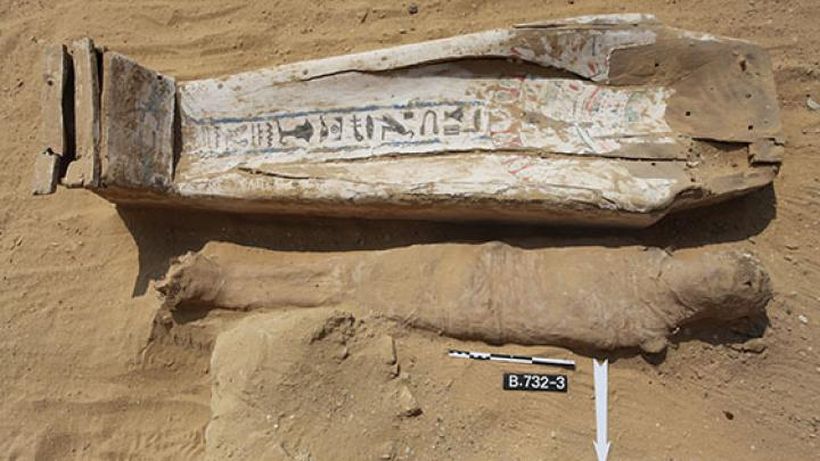 Most of the burials were poorly preserved and the coffins decayed.J. Dąbrowski / PCMA

The Polish team has been working there for over twenty years as part of a concession granted to the University of Warsaw's Centre for Mediterranean Archaeology.

Its discoveries include showing that there were two necropolises to the to the west of the mortuary complex of the Pyramid of Djoser, which with its characteristic step form, built in the 27th Century BC, is the world's oldest pyramid. 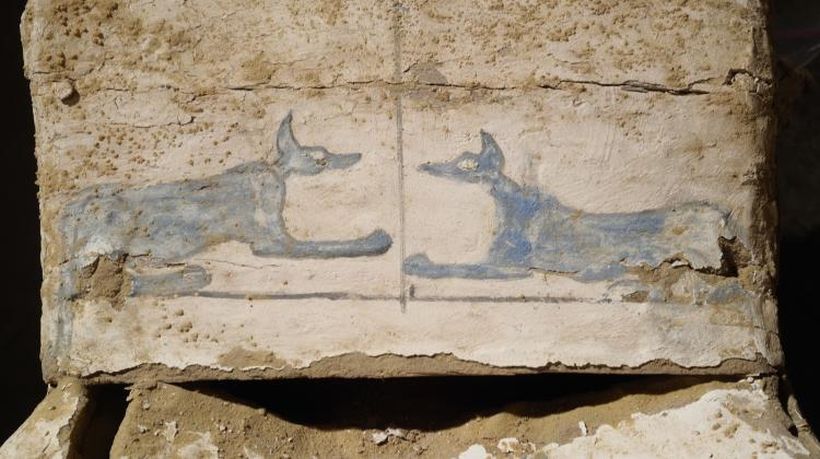 Blue Anubis, believed to be a protector of graves, was found on the base of the coffins.J. Dąbrowski / PCMA

Its most recent research, conducted last September, focused on the area between the Pyramid of Djoser and the western part of the so-called "dry moat", a deep ditch surrounding the pyramid's sacred area.

In contrast to the ornate sarcophagi and burial chambers associated with the Pharaohs, the majority of the mummies they discovered were laid to rest with only modest arrangements. 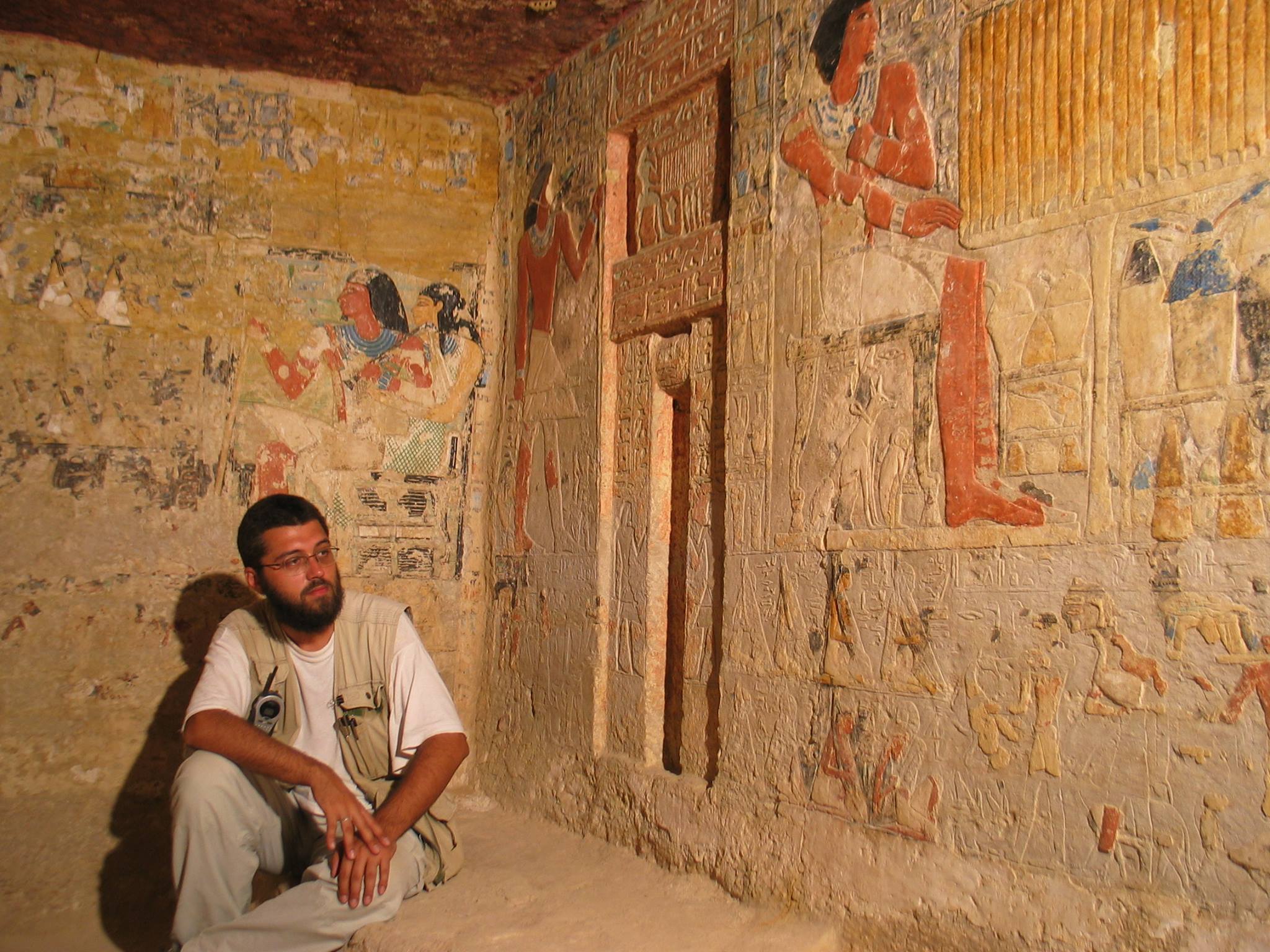 Excavation leader, Dr Kamil Kuraszkiewicz of the Department of Egyptology at the University of Warsaw's Faculty of Oriental Studies, said that the location of the mummies may have reflected the ancient Egyptians beliefs about life after death.Maciej Jawornicki/ Samorząd Studentów Wydziału Orientalistycznego UW/Facebook

"Most of the mummies we discovered in the past season were very modest, they were only subjected to basic balming treatments and then wrapped in bandages and placed directly in hollows dug in the sand," said Dr Kamil Kuraszkiewicz of the Department of Egyptology at the University of Warsaw's Faculty of Oriental Studies, who is leading the excavations.

Most of the burials were poorly preserved – the wood of the coffins of those in the "dry moat" decayed. 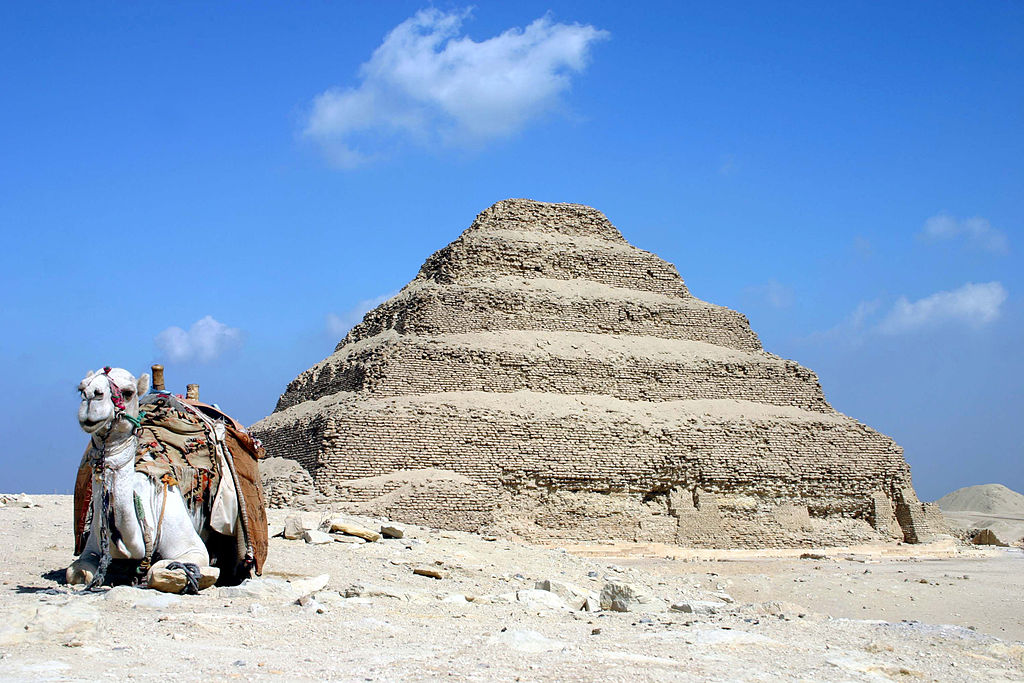 The mummies were discovered during excavations near the world's oldest pyramid in the Saqqara ancient burial ground that served as the necropolis for the Ancient Egyptian capital of Memphis.Charles J. Sharp

Kuraszkiewicz drew attention to the decorations on one of the wooden coffins, which features markings resembling a hieroglyphic inscription, but is in fact an imitation.

"The artisan who painted it apparently could not read and perhaps tried to reproduce something that he had seen before. In any case, some of the painted characters are not hieroglyphic signs of the hieroglyphic writing and the whole does not create an intelligible text," he explained. 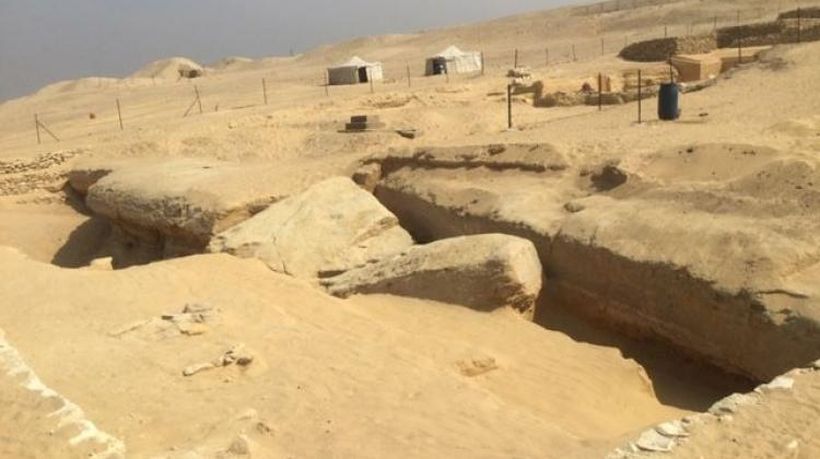 The trench surrounding the Pyramid of Djoser could have been 'a path to the afterlife'.K. Kuraszkiewicz / PCMA

According to the Egyptologist, the ditch surrounding the pyramid may have reflected the ancient Egyptians beliefs about life after death.

"The dry moat could have been a model of a path, which the pharaoh had to cross to reach eternal life, a path with obstacles such as walls with passages located near the top, perhaps guarded by dangerous creatures," he said.