Egypt through the eyes of L. Frank Baum 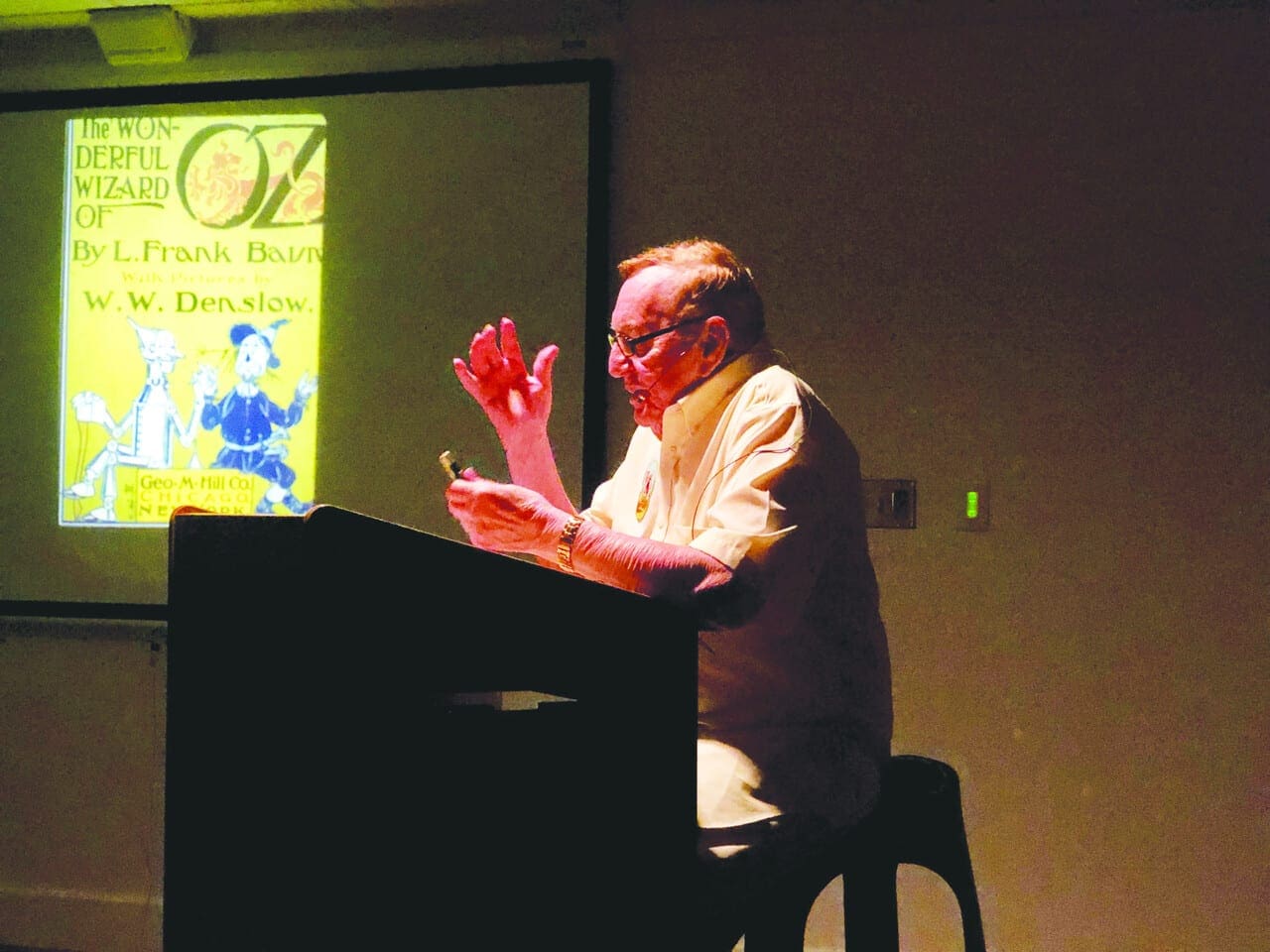 On June 4, Egyptologist and L. Frank Baum expert David Moyer traced Baum's journey up the Nile through a special photographic presentation at the Cazenovia Public Library.

In 1906, Lyman Frank Baum, author of "The Wonderful Wizard of Oz," and his wife Maud embarked on a six-week tour of Egypt.

This June, Egyptologist and Baum expert David Moyer followed their journey up the Nile through a special photographic presentation at the Cazenovia Public Library.

Born in 1856 in Chittenango, the author is best known for his children's books, particularly "The Wonderful Wizard of Oz" and its 13 sequels. Additionally, Baum wrote a number of non-Oz fairy tales, several series for boys and girls, and three adult novels — one of which was set in Egypt.

"The Wonderful Wizard of Oz" published with great success in 1900. Two years later the book was turned into a musical extravaganza, opening in Chicago then moving to New York and touring the country.

In 1906, the Baums used the profits from The Wizard of Oz to fund a "grand tour" of Egypt and Europe, organized by the Thomas Cook travel company — one of the first companies to offer tours of Egypt.

Baum captured the trip through photographs, while Maud documented their adventures through letters written home to family members.

Maud, who lived in Fayetteville until her marriage, was the daughter of noted feminist and suffragist Matilda Joslyn Gage.

Baum privately published his wife's letters in a book titled "In Other Lands than Ours."

After learning that Baum's photographs survived in an album owned by the author's great grandson, Moyer began putting together a lecture around the historic images.

The resulting presentation, delivered on June 4, features Baum's 1906 photos side-by-side with Moyer's own photos of the same sites. Accompanying the images are excerpts from Maud's "often humorous and sometimes poetic" letters.

"My photos were taken long before I knew about the existence of Baum's," Moyer said. "When I first saw his photos, I knew right away that I could pretty much match most of them."

Moyer explained the similarity in the composition between both sets of images is due to the fact that both photographers had guides who told them exactly where to stand to best capture each site.

According to Moyer, the Baums embarked on their two-week trans-Atlantic journey on Jan. 27 from Hoboken, New Jersey.

Aboard the steam ship Princess Irene, they traveled past the Azores and on to Gibraltar. The group changed ships in the Bay of Naples and sailed past the island of Capri to Alexandria, Egypt, where they boarded a train to Cairo.

In one of her letters, Maud noted the noise and apparent chaos of the crowded Cairo station. She also commented on the people she encountered, including water carriers, flower boys, veiled women selling goods, and men in fez hats peddling souvenirs, fly whips, strawberries and bolts of oilcloth.

The Baums and their travel companions lodged at Shepheard's Hotel, the leading hotel in Cairo and one of the most celebrated hotels in the world at the time.

After exploring the "bewildering" streets of Cairo, the couple visited the new Egyptian Museum, which opened just four years prior to their arrival. Inside, the couple viewed the well-preserved mummies of Seti I and his son Ramesses II (Ramesses the Great) — often regarded as the most celebrated and powerful pharaoh of the New Kingdom.

Accompanied by a dragoman, or guide, the Baums toured the mosques and ruins of Cairo and the surrounding area.

In her letters, Maud generally described the guides as pure Egyptians, good caregivers and proficient English speakers who were knowledgeable on 6,000 years of Egyptian history.

"You sometimes suspect that he is not quite accurate, but it will require a lot of study to prove it," she wrote. "If your dragoman differs from the guidebooks or the historians and the Egyptologists, you will find it most comfortable to believe that he is right and they are all wrong."

Moyer shared Maud's account of her climb to the top of the 516-foot Great Pyramid with the assistance of three guides — two holding her hands and another boosting her up the 3 to 4 foot stone blocks from behind.

In addition to showing Baum's photos of his wife's ascent, Moyer also recounted his own failed attempt to reach the top of the pyramid.

The Baums departed Cairo aboard the steamer Rameses the Great and made their way up the Nile, stopping frequently to visit ancient Egyptian sites along the way.

The group climbed over the colossal statue of Ramesses II at Memphis; took in the impressive Step Pyramid of Djoser at Saqqara; visited the tombs of Beni Hasan; and examined the Hathor Temple at the Dendera Temple Complex among many other stops.

While many of the photographs taken by Baum and Moyer at the various locations are strikingly similar, there are several notable exceptions, particularly those taken at sites that underwent restoration projects or archaeological excavation following the Baums' visit.

As Moyer shared the photos, he described each site using a combination of his own words and those written in Maud's letters.

"To those who have never been under the spell of the Nile country, I fear my descriptions of the many ancient temples may prove tedious," Maud wrote. "When you [are] done with Egypt, you [are] done with the most valuable records of the past, so each of the temples seems to be worthy of notice."

The Baums' Egyptian tour concluded back in Cairo, where they explored the markets, re-examined the artifacts at the Egyptian Museum, and revisited the pyramids by moonlight.

"We sat in the dessert sands for hours . . . lost in dreams of empires long since vanished and forgotten," wrote Maud. "Never in my life do I again expect to enjoy anything so much. Every moment was one of joy and I hated to have the voyage end. I shall never see another sunset to equal those until I return to Egypt and the Nile again."